The Players’ Status Chamber of the FIFA Football Tribunal (“the FIFA Tribunal”) has handed down its decision in Hiddink v Football Association of Maldives, entering judgment in favour of the Dutch football coach René Hiddink (“Mr Hiddink”) in his claim against his former employer (“FAM”). The decision is important in its restatement and application of FIFA’s policy in respect of Covid-19, and the interaction of that policy with force majeure provisions in football contracts.

In January 2021, Mr Hiddink and FAM concluded the terms of an employment contract (“the Contract”) whereby Mr Hiddink was appointed as assistant coach of the Maldives’ Men’s National Football Team, for a three-year term. Yet, barely 3 months into his tenure, at a meeting in 12 May 2021, FAM’s executive officers informed Mr Hiddink that football in the Maldives was to be halted indefinitely due to the Covid-19 pandemic, and that there was not enough money to continue to employ him in his role. Days later, on 23 May 2021, FAM sent Mr Hiddink a termination notice, stating that his contract of employment was being terminated due to the Covid-19 pandemic (and referencing the force majeure clause in Mr Hiddink’s contract).

Mr Hiddink filed his claim at the FIFA Tribunal in September 2021, seeking inter alia damages equivalent to the residual value of his employment contract, pursuant to Article 6 of Annexe 8 of the governing FIFA Regulations (“termination without just cause”). FAM resisted the claim, contending that the parties had reached a ‘mutual understanding’ to terminate the contract at the 12 May meeting, and that the termination in any event served the ‘common welfare’ of football in the Maldives given the ‘significant financial and economic losses’ caused by the pandemic, which themselves constituted a force majeure event justifying termination.

In its decision the FIFA Tribunal has rejected each of FAM’s defences to the claim.

First, the FIFA Tribunal rejected the suggestion that the parties had reached any ‘mutual understanding’ in respect of termination of the Contract, whether at the 12 May meeting or otherwise. Rather, as held by the FIFA Tribunal (at §35), FAM had failed entirely to meet its burden of proof for such understanding and had produced “no documentation whatsoever” to support such contention (which Mr Hiddink had always denied).

As regards FAM’s force majeure defence, the FIFA Tribunal first considered the FIFA Covid-19 Guidelines[1] (published in April 2020) and the further FIFA Covid FAQ document[2] (published on 11 June 2020), in which FIFA made clear that it did not consider the Covid-19 pandemic to be a “force majeure situation in any specific country or territory”, and that the onus is on the party invoking force majeure “to establish the existence of said event under the applicable law/rules as well as the consequences that derive in connection thereto”. As held by the FIFA Tribunal (at §41 of its decision) “the analysis of whether a situation of force majeure existed has to be considered on a case-by-case basis, taking into account all the relevant circumstances”.

Having regard to the relevant circumstances, the FIFA Tribunal rejected FAM’s force majeure defence in its entirety, noting – as argued by Mr Hiddink – that the Contract was entered into during the pandemic (and thus the effects of the pandemic could not have been unforeseen). Further, and in any event, FAM had failed to show how the pandemic had as a matter of fact impeded its ability to perform its obligations under the contract (and thus how the relevant force majeure clause, in the Contract, was engaged).

FAM has accordingly been ordered to pay Mr Hiddink the full residual value of the Contract (which spanned until January 2024) as damages, together with interest. In the event that FAM fails to pay within the 45-day period running from notification of the decision, it will incur further financial sanctions from FIFA – under article 8 of Annexe 2 of the FIFA Regulations – notably “a restriction on receiving a percentage of development funding, up until the due amounts are paid”.

The FIFA Tribunal’s full decision can be found here.

Ashley Cukier acted as Counsel for Mr Hiddink in the FIFA Proceedings, instructed by David Winnie, Head of Sport at Blaser Mills Law. He is regularly instructed in football matters and is a member of the Sport Resolutions Arbitrators and Mediators 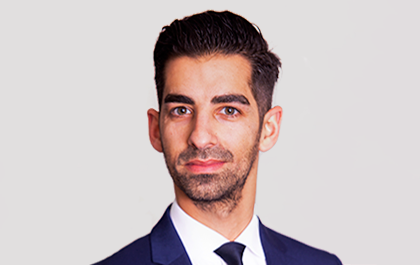