Ed Kemp Succeeds in the EAT on Public Interest Test

In a judgment handed down today, Ed Kemp (who did not appear below) has succeeded in the EAT before HHJ James Tayler in this appeal on the proper application of the public interest test in whistleblowing cases: Dobbie v Paula Felton t/a Feltons Solicitors. The judgment can be read here.

The case concerned disclosures of information in respect of the overcharging of a client by a law firm. There was no finding that the firm did in fact overcharge the client. The issue turned on the Claimant’s reasonable belief. Following a two-week trial, the ET found that the Claimant had otherwise made qualifying disclosures but they were not in his reasonable belief made in the public interest. The ET went on to consider, in the alternative, just one of the Claimant’s alleged detriments – the termination of his consultancy agreement – and found that causation was not made out. The ET thereby dismissed the claim and these two conclusions were challenged on appeal.

In an interesting judgment, the EAT has surveyed the legal landscape on the public interest test post-Chesterton and has added a number of further general observations on the application of that test that will doubtless be useful in other cases (see, paragraphs 28(1)-(8) of the judgment). In summary:

The EAT accepted Ed’s argument that the ET had erred by failing to apply the public interest test to the disclosure of information itself rather than to the emails as a whole in which the disclosure was contained. The disclosure of overcharging in a solicitor’s firm could give rise to a contractual dispute between solicitor and client but also regulatory issues, such regulations being there to protect the public. The ET had not set out or even considered the factors in Chesterton in its reasons. On causation, again somewhat surprisingly, the ET had not referred itself to Fecitt in the reasons and the EAT could not be confident from the language of “little influence” that the ET had, indeed, meant no material influence.

The case is to be remitted to a fresh ET for a re-trial.

Ed Kemp regularly handles cutting-edge and complex whistleblowing cases. If you would like to instruct Ed on such matters or hear him speak at your firm, please contact our clerks. 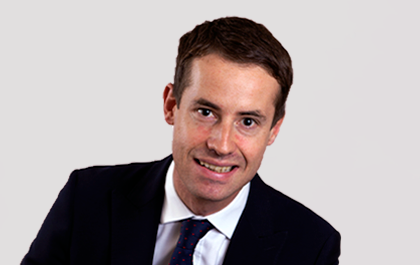