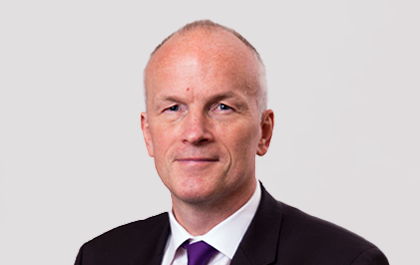 Chris’ client-base consists primarily of companies, partnerships and LLPs and/or senior individuals within the same who find themselves facing, or who wish to avoid, significant commercial and/or employment disputes.

Chris has very extensive trial experience and is frequently instructed in cases because they are expected to go ‘all the way’, either in the High Court or in the Employment Tribunal. In the most high-profile of his recent trials, Affinity v Ferguson and others, the Claimant discontinued its £10 million claim against Chris’ clients shortly before closing submissions. In two other employment competition cases, Rush Hair v Gibson- Forbes and Decorus Ltd Penfold Chris successfully enforced restrictive covenants/ duties arising out of the employment relationship on behalf of his claimants. In Richards and Purves v IP Solutions Chris successfully limited the size of the award made to two former directors and employees of a company after a corporate acquisition. Finally in Gillespie v THT Chris won a significant victory in a whistle-blowing claim brought by his CEO client. Other recent trials include Bourne Rail v Ashton and Others in the High Court and Marshall v Commonwealth of Australia in the Employment Tribunal.

Chris offers litigation, advisory, regulatory [including FCA] and negotiating expertise across many sectors including oil and gas, investment management, banking, broking, hedgefunds, the legal profession and manufacturing. He is frequently recommended by the two leading guides across a range of specialisms.

Chris is often instructed in initially urgent cases where clients are looking for counsel capable of both assimilating complex business information quickly and then providing decisive and intelligible advice as to how best to proceed as well as a proven ability to get results. His track-record in major cases is impressive and include noteworthy successes in several high-profile disputes such as:

Chris is instructed in a number of cases on behalf of fellow lawyers, both barristers and law firms. He is also instructed in cases with a trans-national element and frequently on behalf of North American companies with a London presence. He leads our Arbitration Group and has extensive experience as Counsel in arbitrations. In 2017 he presented a course on cross-examination at the prestigious European Court of Arbitrators’ Conference in Milan and in 2018 he was one of the arbitrators at the Vis Moot in Vienna.

Chris is a previous nominee for Chambers & Partners Employment barrister of the year award.

In Legal 500 (2019) Chris has been described to as “an excellent trial advocate and uncompromising cross-examiner.”

In Legal 500 (2016) Chris is ranked as a leading practitioner in both Employment and Commercial Dispute Resolution and is described as:
“A tenacious and dogged opponent, with a justified reputation for being a fighter.”
and
“Diligent and effective with difficult witnesses.”

Chambers & Partners UK (2016) described Chris as:
“Tactically astute and gets to grips with the detail. Robust and confidence-inspiring with clients.”

Chris is very regularly instructed in disputes arising from the employment of senior individuals. The nature of these disputes is very often team move, restrictive covenant or springboard related but as is demonstrated by his success in the Gillespie v THT case his range extends all the way through to statutory employment claims (including whistleblowing and discrimination).

It is in the nature of the cases in which Chris is instructed that the parties place a value on keeping the fact and nature of the disputes confidential such that Chris does not refer even to names of his clients or their opponents unless or until litigation ensues.

Chris has extensive appellate experience in all such employment-related disputes.

Chris is regularly instructed in a broad range of commercial disputes. In 2016 he was instructed in three major commercial cases: an ongoing dispute following the break-up of a major asset management partnership; Sajjad v Gulfsands Petroleum and Saga v Shokhin.

Chris’ cases often include very serious allegations. He has previously acted in a series of cases arising from so-called “land banking”, including both misfeasance claims brought by a company liquidator and enforcement proceedings brought by the Financial Conduct Authority in respect of an alleged unlawful collective investment scheme contrary to the Financial Services and Markets Act 2000.

More generally, Chris is also frequently instructed in respect of disputes arising out of agency agreements. A recent example of one of Chris’ cases is PHS v Rentokil which considered the appropriateness of non-user of confidential information restrictions and of springboard relief in the context of commercial agency.

He is instructed in Court claims, in arbitrations and in mediations as well as, on occasion, in internal disputes.

Chris regularly demonstrates his ability to quickly assimilate the essentials of different business sectors and to then successfully obtain or resist injunctive relief from the Courts.

According to Chambers and Partners, Chris “is often the first port of call in high-value City disputes and is particularly recommended for injunctive relief cases”.

Chris has extensive experience of both applying for and opposing applications for freezing relief, search orders and enforcement of restrictive covenants and fiduciary duties. His work regularly involves intellectual property and other tangential areas.

Many but by no means all of Chris’ injunction cases will result in speedy trials. In respect of these, Chambers and Partners describes him as being “A tremendous cross-examiner and effective fighter” who “produces clear, crisp and persuasive arguments”.

Chris’ reputation is evidenced by his frequent instruction on behalf of fellow members of the legal profession in their own disputes.

He has acted both for and against a number of major law firms as well as very regularly advising on the resolution of internal disputes.

Chris’ recent reported cases in this regard include the Supreme Court decision in Bates van Winkelhof v Clyde & Co which considered the ability of LLP members to invoke whistle-blowing legislation whilst making no determination of the merits of the claim.

As a result of the successful outcome before the Court of Appeal in McCarthy v Bar Standards Board in which an earlier judgment by the Bar Disciplinary Tribunal to strike off a barrister (before Chris was instructed) was overturned, Chris is also being instructed in an increasing number of cases by barristers (including leading counsel) and other members of regulated professions when they face the most serious of allegations. In a recent example of such a case, Chris’ involvement saw the other side withdraw a wasted costs application that it had made against leading counsel and agree to pay a contribution towards his costs of defending that application.

Chris Quinn has been instructed as Counsel in a number of major arbitrations and has been recognised by the directories as a leading junior in international arbitration. Recent arbitrations included a multi-week multi-million pound dispute about an asset management LLP and a smaller dispute involving a fall-out between medical practitioners. Chris has also appeared in a number of sports- related arbitrations.

Chris is a keen sportsman with a particular passion for backcountry skiing and mountain biking as well (somewhat controversially) watching both his local football teams.

Chris continues to lead many of our BD initiatives and recently piloted his new ongoing training scheme for senior associates on handling a High Court employment case.