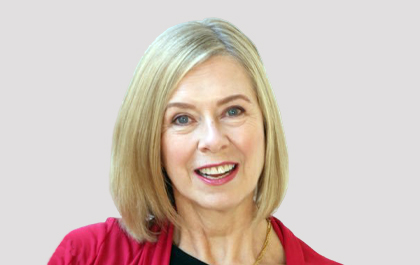 Louise Barrington is a dispute resolver with 30 years of experience.  She practiced law in Ontario before moving into the field of international commercial arbitration during graduate studies in Paris.  A Canadian, she also holds a British passport.

Ms Barrington is legally qualified in Ontario (U of T ‘76), New York and England & Wales and holds a Maitrise in European law from the University of Paris II (Assas).  She is a member arbitrator of Toronto’s Arbitration Place and as of June 1 2019, a door tenant with Littleton Chambers in London.

In 2001 Ms. Barrington became one of Asia’s first chartered arbitrators and has acted as sole arbitrator, co-arbitrator and as tribunal president, in ad hoc and institutional cases on four continents. In her nearly 100 international and domestic arbitration cases she has resolved disputes involving sales (CISG and shares), banking, franchises, insurance, construction, wrongful dismissal, intellectual property and licensing, agency and procurement.  She is currently chairing a USD40+ million international shareholder dispute in London under ICC Rules and is sole arbitrator in a number of Canadian domestic arbitrations.

She has served as arbitrator for the ICC many times, appointed by parties and by the ICC National Committees of Canada and Britain – as co-arbitrator, sole arbitrator and chair.  She is a panel member for HKIAC, CIArb, AAA-ICDR, VIAC, CIETAC and DIAC and in Canada has chaired financial services disciplinary hearings, is an investigator into bank/consumer disputes and has acted as sole arbitrator in several cases under the former FSCO auto insurance benefits scheme.

For 6 years Ms. Barrington served on Hong Kong’s ICC Arbitration Commission nomination committee and has taught international arbitration both as a law faculty member (HK’s CityU and Chinese U) and as an external professor (Osgoode Hall in Toronto, PUC in Sao Paulo, Latrobe in Melbourne, to name a few).  She has also taught and assessed senior arbitrators for Fellowship of the Chartered Institute of Arbitrators, the Hong Kong Institute of Arbitrators and the Toronto Commercial Arbitration Society (TCAS).

After training with Global Mediation Services in 2000 in Hong Kong, she joined the HKIAC panel of accredited mediators and was immediately co-opted and then elected to the Hong Kong Mediation Council to assist with setting up training and accreditation systems between 2001 and 2006.  She has practiced and taught mediation to professionals and students for over fifteen years and in 2015 created the Young International Mediation Competition (YIMC) in Hong Kong.  She has published articles on mediation, especially from a cross cultural perspective, one of which has been translated into Japanese.

Louise has always combined ADR practice with academic pursuits, teaching American Business Law in Paris and arbitration, mediation, international and commercial law (including in the French language) around the globe. She directed the LLM Programme in Construction Law and Dispute Resolution at King’s College London and is creator and director of the Dispute Resolution Module for the SiLS on-line LLM in International Commercial Law, now attached to Australia’s Bond University.  In addition to practicing ADR she continues to teach on four continents.

She founded and directs the annual Vis East Arbitration Moot (www.cisgmoot.org) now in its 16th year  and is co-founder and former co-president of ArbitralWomen (www.arbitralwomen.org).  She is a member of the ICC Arbitration and ADR Commission (Paris), the International Law Institute and the Chartered Institute of Arbitrators.  She is chief editor of The Danubia Files: Lessons in Award Writing from the Vis Moot and has established Vis Moot Capacity Building Programmes in Cambodia and Myanmar.  Ms Barrington speaks English and French fluently, plus conversational Spanish, and a little German.