This article was written for the Dispute Resolution blog by James Bickford-Smith and has been reproduced with the permission of the publishers.

When the CPR were introduced they changed the rules about the content of a defence. Under the former Rules of the Supreme Court it had been possible to put a claimant to proof of everything in the particulars of claim by means of a general “traverse”. Some readers may feel that they have never seen a general “traverse”, but they will undoubtedly have seen the standard provision near the start of many defences that is the residue of the old practice. A classic such provision would state that throughout the defence where a matter is neither admitted nor denied, the claimant is required to prove it.

While such blanket non-admissions are standard boilerplate in many pleadings, it has long been open to question whether they are consistent with CPR 16.5. This states that in a defence the defendant “must state… which allegations he is unable to admit or deny, but which he requires the claimant to prove”.

The simple point to follow is that there is a world of a difference between not admitting a matter because one is unable to admit or deny it, and including a blanket non-admission at the start of a defence as a matter of course. One can see why the latter approach is taken. Few wish to enter into the debates that can follow from CPR 16.3. This has the effect of deeming that a non-admission has been pleaded where a matter is not pleaded to, but “the nature of [the defendant’s] case in relation to the issue to which that allegation is relevant” has been pleaded.

While the ensuing blanket non-admissions might be described simply as a matter of pleading practice, CPR 16.5 becomes an important issue when an unforthcoming defendant retreats behind one of them. In that scenario, even matters that the defendant should plainly know to be either true or false are neither denied nor admitted but “not admitted”. That leaves the claimant having to prove almost the entirety of his case.

Remarkably, there has not been any reported authority on whether this is permitted by CPR 16.5. There can of course be issues at trial about whether an earlier pleaded non-admission reflects adversely on the credibility or conduct of the party who advanced it. In my experience, however, judges are generally slow to draw any negative inferences about individual witnesses on such a basis. Likewise, non-admissions rarely have the same impact on assessment of costs and conduct as misplaced denials or later withdrawn admissions.

The ensuing position can prove unsatisfactory. It is hard to see how it can be consistent with the overriding objective for a claimant to be put to the potentially considerable expense of proving something that the defendant knew all along to be true. It is also hard to see what effect the rule change introduced by CPR 16.5 had if “stonewalling” defences are still being seen.

These matters have now come before the Court of Appeal for the ? rst time. SPI North Limited v Swisspost International (UK) Limited and another was a claimant’s appeal against a judge’s refusal to make an order that the defendants’ defence should be struck out unless re-served with a content that complied with the alleged requirements of CPR 16.5.

The appeal was dismissed on the basis that CPR 16.5 did not force a defendant to make inquiries with third parties before making a non-admission. It was proper and legitimate for a defendant not to make such inquiries before serving a defence containing nonadmissions. That is a conclusion with which few readers will disagree. The real signi? cance of the decision, however, lies in its authoritative statement of what CPR 16.5 does require:

Under the CPR, unlike the previous Rules of the Supreme Court (“RSC”), a non-admission may only properly be pleaded by a defendant where he is, in fact, unable to admit or deny the allegation in question, and therefore requires the claimant to prove it.

Plainly, a defendant is able to admit or deny facts which are within his own actual knowledge, or which he is able to verify without undue delay, difficulty or inconvenience, by reference to records and other sources of information which are under his control or otherwise at his ready disposal. Furthermore, in the case of a corporate defendant, which can only act through human agents and has no mind of its own, its actual knowledge must clearly be understood as that of its individual of? cers, employees or other agents whose knowledge is for the purposes of applying rule 16.5 to be attributed to it, in accordance with the relevant rules of attribution: see the well-known observations of Lord Hoffmann in Meridian Global Funds Management Asia Limited v Securities Commission [1995] 2 AC 500 (PC) at 506-507.

It follows that a non-admission will only be legitimate where a defendant is “in fact” unable to admit or deny the allegation in question. Further, as the Meridian test for attribution applies, a defendant that knows something through an of? cer, employee or other agent cannot legitimately plead a non-admission.

To my mind, those conclusions follow from the plain wording of CPR 16.5 and settled principles of law as to the attribution of knowledge. As previously noted, however, the former rule is often more honoured in the breach than the observance. It will be interesting to see

whether it comes to be more rigorously enforced now that its ambit and effect have been clari? ed. Whether it will always be practical to do so is a different issue, especially in the case of large corporate or institutional defendants. As the Court of Appeal observed, the period for serving a defence is tight, and often inconsistent with extensive inquiries being undertaken. That, however, would seem an argument for extensions of time, or adopting a more pragmatic approach on a case-by-case basis. The rule itself provides no support for blanket non-admissions, and the authoritative confirmation of that position is to be welcomed. 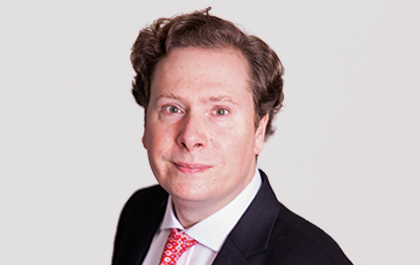