Can an employer rely on a contractual confidentiality clause to prevent disclosure of allegations of harassment and discrimination? This was the question posed in Linklaters v. Mellish [2019] EWHC 177, heard by the High Court last week.

Linklaters successfully applied for an injunction restraining the Defendant, an ex-employee, from disclosing information which the Defendant claimed would reveal “the struggle which Linklaters has with women in the workplace”. In determining the application, the court considered the extent to which employers are able to prevent the disclosure of incidents or allegations of discrimination by relying on standard contractual confidentiality clauses.

In June 2018, the Defendant was given six months notice of dismissal. He was to be paid his contractual entitlements and a substantial additional ex gratia sum. He was reminded that his contractual obligations of confidentiality would persist after his employment came to an end. On 11 January 2019, he received his final termination payment. On 23 January, he emailed the Claimant’s senior partner stating his intention to “share my impressions of the current culture at Linklaters” by reference to three specific examples. The Defendant said he would be giving interviews in the first two weeks of February.

The Claimant applied for an injunction to restrain him from disclosing the three incidents. The Application Notice was issued on short notice, the day before the hearing. The Defendant was notified of the hearing but did not attend and did not have representation.

The hearing took place in private to avoid destroying the claimed confidentiality. Warby J gave an open judgment with a confidential annex.

Warby J began by noting that the right to freedom of expression under Article 10 of the European Convention on Human Rights was directly engaged, but that it was not an unqualified right. The question for the court was how the balance should be struck in cases where there is a wish to publish or disclose information obtained in breach of confidence, and where reliance is placed on the public interest to justify publication.

The law of breach of confidence and the applicable test for an injunction had been considered by the Court of Appeal in ABC v. Telegraph Media Group Limited [2018] EWCA Civ 2329. There the court restrained the Telegraph from publishing details of allegations made by five employees as well as the internal handling of their allegations including the settlement agreements and NDAs that eventuated. The court held that where complaints have been settled with independent legal advice and without pressure, that will enhance the weight the court will attach to any express contractual provision for confidentiality. The court also had regard to the Report of the House of Commons Women and Equalities Select Committee into Sexual harassment in the workplace, which discussed the legitimate use of NDAs and their particular importance in the employment field, and quoted from paragraph 109 of that Report:

“.. in many cases no settlement would be agree without a non-disclosure agreement. Again we acknowledge that there is a place for NDAs in settlement agreements; there may be times when a victim makes the judgement that signing an NDA is genuinely in their own best interests, perhaps because it provides a route to resolution that they feel would entail less trauma than going to court, or perhaps because they value the guarantee of privacy.”

Therefore in Mellish, the key question for Warby J was not just whether the information was a matter of public interest, but whether in all the circumstances it is in the public interest that the duty of confidence should be breached [27].

The Claimant had contacted two of the women concerned, neither of whom wanted information about their cases to be made public. The third women had not been contacted out of sensitivity: the judge opined that “it can easily be assumed that the individual concerned would not wish their identity as the victim of sexual assault to be revealed” [14].

Warby J noted that the women involved had availed themselves of internal grievance processes which were confidential in nature:

“Those interviewed as part of such a process are entitled to expect that what they say will be kept confidential. There are strong policy reasons for upholding those legitimate expectations, to encourage genuine complainants to come forward rather than risk having sensitive material of the kind in issue here made public by a third party, against their wishes and (on the evidence) without consultation” [33].

The Claimant had accepted that there is a general public interest in the due performance by large firm of their social and moral duties towards staff. However, the judge weighed this against the legitimate expectations of others that the information would remain confidential. He concluded that a general desire to talk publicly about the “culture” of a firm is not enough to justify the disclosure of details of otherwise sensitive confidential information.

Though much of the media coverage has focused on the supposed gagging effect of the judgment, that analysis does not take into account the fact that it was not the women themselves seeking to disclose information. This was also a feature of the ABC case, where two of the five complainants in fact supported the application for an injunction.

Moreover, in this case there were a number of factors which impeached the Defendant’s position:

Much of the reasoning in Mellish, as well as ABC, centered on the confidentiality of the complainants and others who participated in grievance processes. It remains to be seen what approach the courts will take where it is the complainant her/himself who seeks to publish details and where the only parties seeking confidentiality are the alleged wrongdoer and the employer. 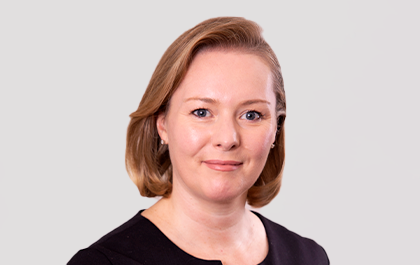