The claim is brought in deceit and unlawful means conspiracy against the sellers of shares in a leading sports media rights agency (MPS) that was involved in, inter alia, the sale of media rights for various sporting events around the world, including the Italian football league (Serie A).  Nick is acting, led by Ruth Den Besten, and instructed by Sue Thackeray and Richard Clayman of Kingsley Napley LLP for the Second Defendant, a US company.  The claim is alleged to be worth circa USD661 million.

On 25.11.22 the Commercial Court (Peter MacDonald Eggers KC sitting as a Deputy Judge) gave judgment, striking out significant elements of the claim brought by the Claimant against the Second Defendant (see link to judgment).  The judgment contains a helpful summary of the factors to consider in an application to strike out a plea of fraud (see [41]).

This success follows a recent interim application where Nick appeared unled and, together with various of the other Defendants, successfully resisted an interim application by the Claimant for declaratory relief in respect of privilege rights.  The Claimant sought a declaration that various of the Defendants could not claim any privilege against it (as the majority shareholder in MPS) in respect of any documents held on MPS’s computer systems.  On 1.11.22 the Court (Simon Salzedo KC sitting as a Deputy Judge) declined to grant the Claimant any relief (see link to judgment).  This decision is considered in more detail by Bianca Balmelli (2017 call) in an article ‘Confidentiality and privilege should not be equated’.

The claim is ongoing and currently listed for a 21-week trial in the second half of 2025. 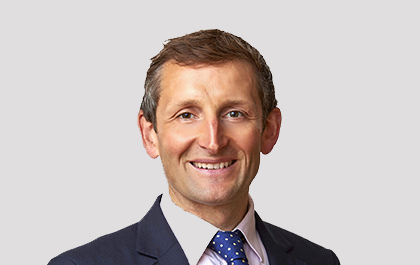