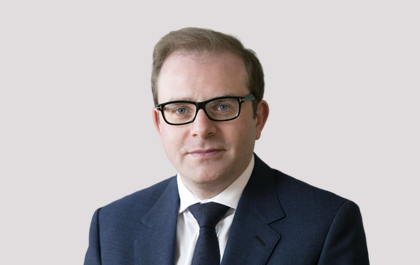 "One of the leading juniors at the Bar…a great tactician and a highly skilled advocate. He is also fabulous in front of clients and oozes authority".

"One of the leading juniors at the Bar…a great tactician and a highly skilled advocate. He is also fabulous in front of clients and oozes authority".

Jonathan Cohen was appointed QC in the 2016 round at just 38 years old. He is one of the preeminent barristers in his fields of practice. He is annually ranked by the Chambers & Partners directory as a leading QC in both commercial litigation and employment law and was nominated by that directory as employment junior of the year in both 2013 and 2015. In the 2014 and 2015 editions, where he is placed in band 1 (the top 10 juniors in the country), he is described as:

“One of the leading juniors at the Bar…a great tactician and a highly skilled advocate. He is also fabulous in front of clients and oozes authority”.

He has a mixed commercial litigation and employment law practice with a particular expertise in applications for all forms of interim and injunctive relief, as well as litigation arising from fraud and breach of fiduciary duty. He was educated at Manchester Grammar School and Oxford University. He was called in 1999 and joined Littleton Chambers in 2007. He is the author of the civil fraud chapter in Serious Economic Crime, published by the Serious Fraud Office in 2011.

He has appeared in some of the highest profile litigation of recent years, including the Tullett Prebon v BGC blockbuster financial services dispute, the JSC BTA Bank v Ablyazov banking fraud and in the Supreme Court in Van-Winkelhof v Clyde & Co, establishing that LLP members enjoy a right of protection as whistleblowers.

Jonathan has been recommended as a leading junior in the leading legal directories for some years. A selection of recent comments from those directories include:

“everything you want from a barrister; excellent on his feet, good with clients and responsive. In court he is determined, strong and gets to the point quickly”

“A fearless and analytical advocate, loved by clients”

Described by his opponents as “knowing the law” and “extremely persuasive”

“receiving nothing but good reports”

He has a reputation for combining powerful advocacy with strong legal skills and a commercial and cost sensitive approach to litigation.

Jonathan undertakes a full spread of general commercial work. Much of his practice has a focus on litigation arising from breaches of fiduciary duty, fraud and the theft of confidential information. He authored the civil fraud chapter in the SFO’s book, Serious Economic Crime, published in 2011. Jonathan is also regularly instructed to advise and appear in claims involving public law issues and challenges under the Human Rights Act.

Jonathan regularly appears in high value contractual claims, often for bonuses in the financial services sector. He also has a wide experience of strike breaking injunctions.

Jonathan has a wealth of experience in applying for and defending against injunctions for breach of covenants and infringement of fiduciary and confidentiality duties. He is regularly instructed in breach of confidence claims and is recognised to be one of the leading practitioners in these areas.

Jonathan is a leading practitioner in the ET and EAT. He is instructed in the highest value claims, with particular expertise in whistle-blowing and all forms of discrimination as well as large scale group litigation, appearing for employers and employees in substantial redundancy and equal pay claims and high profile anti-strike injunctions. Further important cases in which Jonathan has appeared are listed in the next drop down box.

Further cases of interest in this area include:

Jonathan undertakes all aspects of regulatory and disciplinary work, including advice on proceedings in and appearances before the Financial Services Authority, the Solicitors Disciplinary Tribunal, the General Medical Council, the Nursing and Midwifery Council, the Health Professions Council and the General Teaching Council. He also has experience in Human Rights Act challenges and judicial review of regulatory and disciplinary decisions.