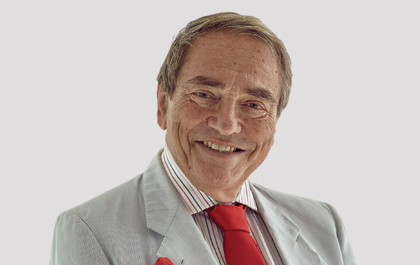 Sir Michael Burton GBE (until 2016 Mr Justice Burton) sits as an arbitrator and mediator and is a Fellow of the Chartered Institute of Arbitrators and President of the Forum for International Conciliation and Arbitration (FICA). Since 2017 he has been Chairman of the Conduct and Disciplinary Tribunal of the Royal Institution of Chartered Surveyors.

He was Chairman of the Central Arbitration Committee (CAC) from April 2000 to November 2017 and was President of the Investigatory Powers Tribunal until 2018 (Vice-President 2000 to 2013).

He has since 2016 been a judge of the Commercial Court of Abu Dhabi (ADGM Courts).

He is a member of the United Nations Panel for resolving disputes with its employees.

He was appointed in 2019 Knight Grand Cross of the Order of the British Empire for services to the rule of law.

Apart from many years of practice in commercial law, he sat as a Commercial Court judge in numerous cases and has had many judgments reported.

Since leaving his full-time appointment in 2016, he has combined sitting in Commercial cases in the High Court with arbitrations, making awards in the ICC, LCIA, DIAC, LMAA and the European Court of Arbitration.

He has substantial experience in employment law, gained in practice at the bar and as a judge and President of the Employment Appeal Tribunal and Chairman of the CAC.

He draws on both sets of experiences in mediations, in which he is accredited by CEDR, and inquiries.

His expertise in security matters as judge and President of the Investigatory Powers Tribunal equips him to deal with sensitive and confidential questions and disputes.