Benjamin Gray writes on Witness Contact: how not to handle it

This article was written for the Practical Law Employment Blog by Benjamin Gray and has been reproduced with the permission of the publishers. For further information visit www.practicallaw.com or call 020 7542 6664.

It is common in litigation for a witness to be in “purdah” during a break in their evidence. The witness is warned not to discuss their evidence with anyone during any such break. While this is usually observed, Chidzoy v BBC UKEAT/0097/17 shows what can happen when it is not.

The facts
The claimant worked for the BBC, and brought claims of discrimination. She gave evidence at the final hearing, and during various breaks was given the usual warning against discussing her evidence. During the last such break, the respondent’s lawyers spotted the claimant speaking with a journalist. They raised the issue with the tribunal and the claimant’s solicitor gave an account of what happened.

The tribunal adjourned over the weekend. On resumption the respondent adduced statements from their solicitor, counsel and a witness. The claimant’s side did similarly. No oral evidence was heard.

The tribunal found the claimant’s account lacked credibility and concluded that she had been discussing her evidence with the journalist. They struck the claim out, concluding that a fair trial was no longer possible. The conversation and the surrounding circumstances had caused the tribunal’s trust in the claimant to be “irreparably damaged“: she had acted in “flagrant disregard of clear and repeated instructions from the tribunal”. There was a risk of her evidence being contaminated, and the discussion had concerned evidence given in cross examination that morning. The tribunal considered whether there were any alternatives to striking out the case, but concluded that none were viable.

The appeal
On appeal, the claimant contended that the tribunal had erred:

The EAT rejected that appeal:

Dealing with witness contact
This is primarily an appeal about factual conclusions rather than an error of law, but raises useful points for practitioners when faced with the possibility of impermissible witness discussions during a break in evidence.

The warning given to witnesses is not a formality, but a significant protection against contamination of evidence. The tribunal’s concern was about the wider loss of trust, and the particular difficulty of being able to detect (and therefore account for) the effect of any such contamination. A firm approach is likely to be taken by any tribunal faced with this issue.

Strictly speaking, the prohibition is only on witnesses discussing their evidence with other people, rather than a blanket ban on witness contact. Nevertheless, the practical view is likely to be that any witness contact is dangerous. It can be difficult for lay witnesses to police the boundary between what is and is not permissible, and it is easy for misunderstandings to arise on either side. It is therefore advisable to avoid any form of contact other than when strictly necessary. Where such contact is necessary, it should be raised in advance with the other side or the tribunal as appropriate to ensure transparency and avoid misunderstanding. Any such discussion should be supervised by a member of the legal team.

If, despite all efforts, some discussion does happen, this need not be fatal. The tribunal and the EAT were clear that striking out was a last resort, and decided on in this case because the claimant’s side failed to raise the issue themselves or give a candid account of what was discussed. Had the claimant taken a different approach, it is entirely possible that the claim might not have been struck out in its entirety. The next steps taken are therefore likely to be critical to whether the effect is harm to or destruction of your client’s case.

It is important for a party faced with such an issue to raise the allegation themselves at the first possible opportunity and to give a full and frank account of what exactly was discussed. This is likely to be the only means of preserving, or regaining, a sufficient degree of trust from the tribunal to avoid the case being struck out. A ready admission and candid explanation is still likely to do harm to your case, but that harm is less likely to be as severe as that of your client’s case being struck out in its entirety. 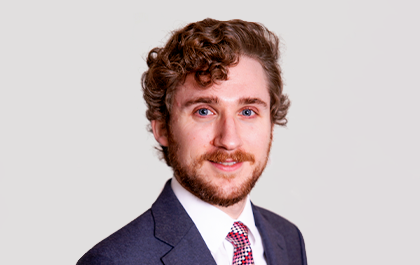