In a judgment delivered on 5 February 2020 the BVI Commercial Court applied the principles set out in Sparkasse Bregenz Bank AG v In  the  Matter  of Associated  Capital  Corporation (BVIHCVAP2002/0010) (“Sparkasse Bregenz”) to dismiss with costs a debtor’s application to set aside a statutory demand for c. €4 million served by its creditor.

The creditor, Tall Trade Limited, claimed the first two quarterly repayments due under a loan facility agreement made in 2019 concluded with the debtor, Capital WW Investment Limited. The loan was for €17 million over a two year term. Both companies were incorporated in the BVI.

Cl. 5 of the loan facility agreement stipulated that the debtor was to make a quarterly repayment of the greater of the amount of dividends received by it from a third party company in which it was the majority shareholder (the shares had been acquired using the loan made to it by the creditor) or the sum of €2 million (irrespective of whether any dividends were received by it).

The debtor claimed that cl. 5 had been varied by agreement between the parties, either orally or by conduct, such that the minimum €2 million quarterly repayment obligation had effectively been cancelled. Accordingly, it contended that there was a substantial dispute that the debt had arisen with the consequence that the statutory demand should be set aside (s. 157(1)(a) BVI Insolvency Act 2003). In the alternative, it argued that the statutory demand should be set aside in the exercise of the Court’s discretion to avoid a substantial injustice (s. 157(2)(b)).

Jack J in the BVI Commercial Court cited the Sparkasse Bregenz principles and the further dicta of the Eastern Caribbean Court of Appeal in the later case of Jinpeng Group Ltd v Peak Hotels and Resorts Ltd (BVIHCMAP2014/0025). In that case, the Court of Appeal, approving and following Sparkasse Bregenz, noted the obligation on the Court to consider carefully whether there was a ‘substantial dispute’ that the debt was owing or due. Allowing the appeal against the judge’s holding that there was such a substantial dispute, Webster JA (Ag.) (with whom Baptiste and Kentish-Egan JJA agreed) held at [29] in that case that:

“The judge was correct to observe that the winding up court should not be used to resolve disputes about debts or to decide issues of fact on a summary basis. But the court has a duty to carry out a preliminary investigation of the facts to determine whether the dispute that the company has raised about the debt is on genuine and substantial grounds. … The question that the judge did not ask himself was whether the dispute raised by the respondent is one that is on genuine and substantial grounds. In my opinion, this is a higher standard than one that I would associate with expressions used by the judge such as ‘serious doubts are not enough’ and ‘hopeless challenge’. The judge did not assess the dispute by the tried and tested expression that the debt and the appellant’s status as a creditor are ‘disputed on genuine and substantial grounds’. He did not apply the standard set by the former Chief Justice Sir Dennis Byron’s judgment in the Sparkasse Bregenz Bank case.”

In conducting the preliminary investigation of the facts, Jack J accepted the creditor’s submission that the bare assertions of the debtor that cl. 5 had been varied were to be rejected because they were “wholly inconsistent” with contemporaneous documents passing between the parties and between the parties’ advisers. The documents from the debtor or its advisers – written after the date of the alleged variation – were all premised on cl. 5 not having been varied as the debtor now alleged. In particular Jack J also relied on an email from the creditor’s corporate lawyers, Whitecliff Management Corporation Limited, which referred to drafts of a longer form facility agreement passing between the parties, the proposed wording of which was inconsistent with the proposition that there had been any alleged variation.

Accordingly, the debtor’s application was dismissed with costs and the creditor was given leave to proceed to apply for a liquidator to be appointed. 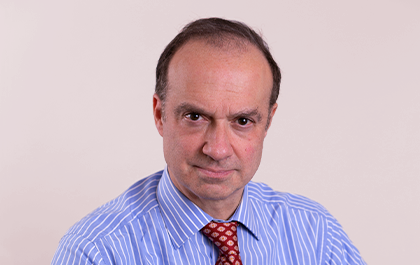