Charles Samek QC and Marc Delehanty represented Ilyas Khrapunov, the son-in-law of Mukhtar Ablyazov, on an application made by BTA Bank seeking that he give disclosure of his personal assets pursuant to a worldwide freezing order, notwithstanding his claim to privilege against self-incrimination.

Charles Samek QC and Marc Delehanty, instructed by Peter Black and Matthew Jenkins of Hughmans Solicitors, are acting for Mr Khrapunov in proceedings brought by BTA Bank for an alleged unlawful means conspiracy to breach English Court orders made against Mr Ablyazov. These proceedings, issued in July 2015, are the latest in the long-running Ablyazov litigation in the Commercial Court. This fresh claim is the subject of a CPR Part 11 application challenging jurisdiction. This application was heard before Teare J (across three days) in January 2016 and judgment is awaited.

Upon an ex parte application by BTA Bank in July 2015, Males J made a worldwide freezing order against Mr Khrapunov. This required Mr Khrapunov to give disclosure to BTA Bank of his personal assets but also provided that he would not have to do so if this would give rise to a risk of incrimination in anyjurisdiction. Further, at a subsequent ex parte hearing, ”confidentiality club” provisions were imposed such that any personal asset disclosure given would only be provided to the Bank’s solicitors, Hogan Lovells, and counsel, and would be kept confidential by them (i.e., the Bank itself would not have access to the disclosure).

On the basis of the privilege against self-incrimination provided for in the freezing order, Mr Khrapunov declined to disclose details of his personal assets. In response, the Bank issued an application to require him to provide the disclosure. The Bank advanced two arguments: first, that Mr Khrapunov had failed to show that he would be at a real risk of prosecution if he were to give disclosure; and, secondly, in any event, the confidentiality club provisions had the effect of removing any risk of self-incrimination that there otherwise might be.

To meet the second point, Mr Khrapunov adduced expert evidence of US and Swiss law which set out the legal procedures by which investigating authorities in those jurisdictions could compel the Bank’s solicitors to provide the authorities with any disclosure received from Mr Khrapunov notwithstanding any confidentiality club provisions. Particular attention was directed towards the scope for US prosecuting authorities to compel international law firms with branches in the US to deliver-up material disclosed to an English branch of the firm, notwithstanding Court orders in England requiring the firm to keep the disclosure confidential.

The application was heard by Phillips J on 19 January 2016. He examined the claim to privilege and was satisfied that Mr Khrapunov had made good the substance of his claim to a risk of incrimination. It was not fanciful that disclosure of his assets could increase the risk of criminal charges being brought and increase the likelihood of self-incrimination in relation to such charges. In so finding, the judge noted that “great latitude” is to be afforded to defendants in their assessment of the risk of self-incrimination, applying Phillips v Newsgroup Newspapers [2010] EWHC 2952 (Ch).

However, Phillips J acceded to the Bank’s application on the basis that the confidentiality provisions were, in his judgment, sufficient to remove any real risk of incrimination. Importantly, Phillips J did not reject Mr Khrapunov’s expert evidence as to the possibility of compelled provision of the disclosure by the Bank’s solicitors to foreign authorities. Rather, he considered that the risk that the foreign authorities would actually seek to obtain the disclosure was remote and fanciful because there had been no indication of criminal proceedings in those foreign jurisdictions (where the authorities would have powers of compulsion vis-à-vis the Bank’s solicitors). Furthermore, Phillips J did not accept the submission that use of the disclosure by the Bank’s solicitors (within the parameters of the confidentiality provisions) would give rise to a risk of indirectly revealing details of Mr Khrapunov’s personal assets.

The judgment is currently subject to an application for permission to appeal by Mr Khrapunov. The full text can be downloaded HERE.

This judgment (and any appeal) will be of interest to civil fraud practitioners because it offers a practical illustration of the challenge inherent in affording sufficient protection against self-incrimination to a foreigner who is made the subject of an English freezing order.

Furthermore, the judgment will be of particular interest to international law firms with branches across multiple jurisdictions (especially in the US) litigating in England. The judgment demonstrates that, in such circumstances, undertaking to keep disclosure confidential to a claimant’s English legal team is far from a straightforward way to remove a bona fide risk of self-incrimination. 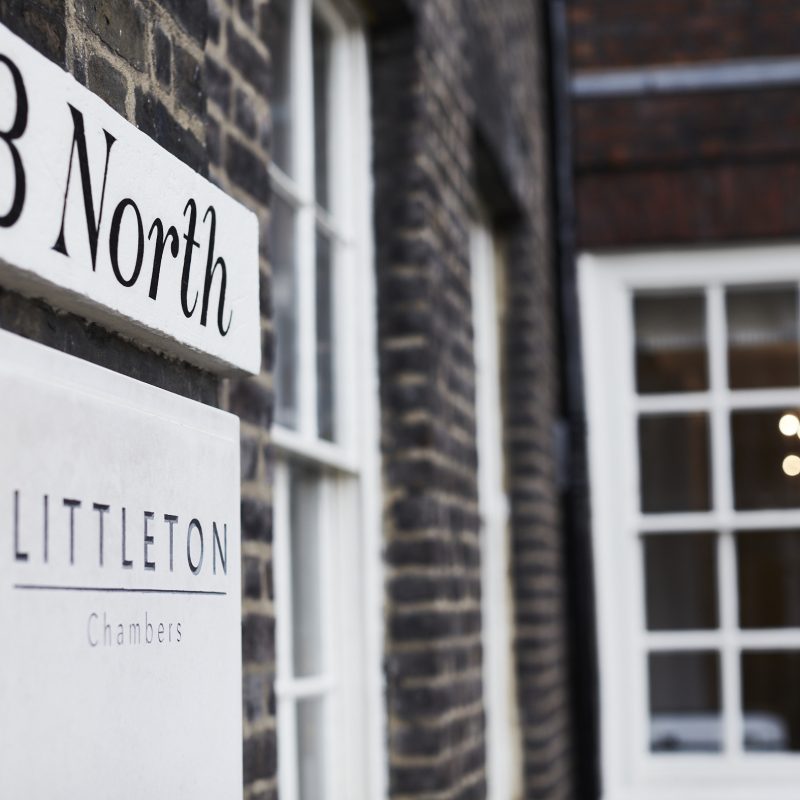