Commercial Court decision on rectification, intimidation and justification in a commercial fraud setting

The judgment contains important findings and guidance on:

The case is also notable on the facts, including due to the calculated nature of the wrongdoing on the part of the Defendants (NCR), which led to an exemplary damages award of £125,000.

For over 25 years GDS supplied screen displays to NCR to build into ATMs which NCR manufacture and sell to banks and other retailers.   For much of that period GDS were NCR’s sole supplier.

As part of the contractual supply arrangement, NCR were required to provide regular 12-month forecasts to GDS setting out NCR’s projected global demand for GDS screens.

Two days after this forecast, and without prior warning, NCR informed GDS over the telephone that it had taken the manufacture of displays in-house.   It reduced all forecasts to zero and cancelled around US$5.1m of existing purchase orders.

NCR’s conduct, which the Judge found to have been “brutal”, put GDS into a dire position as it had a substantial pipeline in place ready to satisfy NCR’s forecast demand.

Discussions then took place between NCR and GDS which led to the parties signing a “Letter of Agreement, Release and Waiver”.  As part of this agreement, GDS agreed to release specified claims and NCR to purchase a significant volume of stock, albeit at substantially reduced prices.

The claims and decision

GDS brought claims of: (a) breach of contract alleging that (as a matter of construction or implied term) NCR’s forecasts had to reflect their genuine and honest belief as to their estimated future requirements; (b) deceit; (c) unlawful means conspiracy; (d) intimidation and continuing influence of deceit in relation to the entry into the Letter of Agreement.

GDS sought exemplary damages due to the manner in which NCR had carried out the fraud which, GDS alleged, was calculated to make a profit in excess of the compensation payable to GDS.

NCR initially denied that they had acted in any way wrongfully.  They also contended that all GDS’s forecasting claims were settled by the Letter of Agreement, on its true construction or as rectified.

A preliminary issue trial was ordered to determine key issues relating to liability, the scope of the settlement, rectification, intimidation and exemplary damages.  Shortly before trial, limited admissions were made by NCR.

The judge accepted GDS’s case on each of the aspects before him save for intimidation and continuing influence of the deceit in relation to the Letter of Agreement.

The Judge accepted that the project had involved NCR deliberately deceiving GDS for a period of almost 18 months including through the provision of knowingly false forecasts.

The Judge further accepted that there was a conspiracy between individuals at several NCR entities, including very senior individuals at NCR Corporation, the parent company.

He found that NCR intended to injure GDS, including to destroy any economic bargaining power which GDS would have enjoyed had NCR told the truth.

The judge further accepted GDS’s case that their claims were not all settled by the Letter of Agreement, as construed or as rectified.

Such was the nature of NCR’s conduct that the judge awarded exemplary damages in the sum of £125,000.

The Judge applied the test for rectification for mutual mistake as recently set out in FSCH Holdings v GLAS Trust [2020] Ch 365 (CA).  He held that there was insufficient evidence of an outward expression of accord or of the requisite intention on the part of GDS.

As regards proof of intention on the part of NCR, the judgment is of interest in illustrating the difficulties which a party may have in proving its case if it does not waive legal professional privilege in relation to the drafting of the agreement.  No inference may be drawn against a party from the failure to waive, or for not calling the lawyer instructed to draft the agreement to give evidence as to instructions received, legal advice given or the reasons why the agreement was drafted as it was.  Even so, as the Judge held, the absence of such evidence may mean (as here) that gaps in the evidence submitted by the party seeking rectification (NCR) have not been filled.

The absence of such evidence was fatal in the present case because of NCR’s failure to call evidence from the decision-maker, the unreliability of the witness evidence which was called and the absence of support from the contemporaneous documents.

In applying the well-known test for unilateral mistake in Thomas Bates and Sons Ltd v Wyndhams (lingerie) Ltd [1981] 1 WLR 505 the Judge resolved  the question of whether, in the absence of proving actual knowledge on the part of the defendant, it was necessary for there to be an allegation and  finding of dishonesty where the claimant sought to establish knowledge through a wilful shutting of eyes to the obvious (this being the way in which NCR put its case) or wilfully and recklessly failing to make such enquiries as an honest and reasonable man would make.

Having analysed previous authorities, the Judge concluded that dishonesty was indeed a requirement where such a state of knowledge less than actual knowledge is relied upon.

Neither the requisite knowledge nor dishonesty were found to have been established on the facts of the case.

The judgment also considers whether a claimant needs to show that there has been a threat of unlawful conduct coercing it into acting in a particular way to succeed in an intimidation claim, or whether actual unlawful and coercive conduct suffices.

GDS argued the latter.  In support, GDS relied (inter alia) upon dicta of Leggatt LJ sitting at first instance in Al Nehayan v Kent [2018] EWHC 333 (Comm).  In considering the question of whether blackmail gave rise to a claim in intimidation, Leggatt LJ had stated that the tort covered actual as well as threatened unlawful conduct.

The Judge found that it was necessary for there to be a threat.   He held that the authorities showed that there had to be a threat coupled with a demand, as NCR put it:

The Judge agreed this this formulation, subject only to the question (unresolved on the authorities) of whether the “bad thing” had to be unlawful, or whether it need only be illegitimate.

The Judge also found that there had not been any relevant threats.  NCR had not threated to breach the parties’ agreement: – they had actually breached it.

Accordingly, GDS’s intimidation was rejected despite the Judge having found, as GDS had submitted, that NCR’s conduct was indeed coercive.

The judgment also contains an interesting discussion of the justification defence.  Such a defence is typically advanced in claims of procuring breach of contract.

NCR sought to argue that it had a justification defence to GDS’s claim in unlawful means conspiracy as it made false forecasts to conceal its project out of a fear of retaliation by GDS if the latter discovered NCR’s plans.

The Judge disagreed and dismissed NCR’s case as “a complete non-starter”.

As to the facts, the Court rejected NCR’s case that GDS would have retaliated.

Further, the Judge held that whether or not a defence of justification is even in theory available in relation to a claim in conspiracy, it could not arise where the unlawful means comprised fraudulent breaches of contract or deceit.

The Judge also held, that it would in any event have been insufficient for NCR merely to show that their commercial or other best interests justified their conduct.

Nor could a real risk of retaliatory breaches of contract or tort have justified NCR’s actions: – NCR would not have been justified in taking the law into its own hands.  It had no higher immunity from legal obligations than other members of the community.  If it had legal rights, it could only enforce them by legal means. 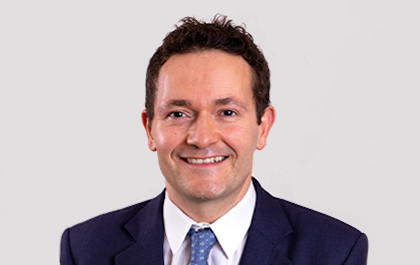