David Lascelles, instructed by Matthew Howarth at Shoosmiths, acted for the successful party, Geo, both at first instance and on appeal.

The key questions before the Court were:

The claim arose from the supply of 10,000 tonnes of aggregate which Geo delivered to Readie’s site.  Geo invoiced, but Readie refused to pay.  Readie claimed that the aggregate was not the premium type for which the parties contracted but rather of a substantially inferior quality entirely unsuitable for Readie’s needs. Although Geo had substantial evidence to refute these allegations, it was common ground that for the purpose of its summary judgment application the Court had to proceed on the basis that Readie might prove its defence.

Clause 4.1 of the contract provided that Readie had to “make payment in full without any deduction or withholding whatsoever on any account by the end of the calendar month following the month in which the relevant invoice is dated.”

Readie argued that it only had to pay in full such price as was due and that no price was due as the contracted for goods had not been delivered.  Readie said that it therefore had a complete defence on the basis that: (i) the price never fell due in the first place; and/or (ii) it was entitled to abate the price to zero as the goods were worthless.

Geo argued that on its natural wording the provision entitled Geo to summary judgment and payment now.  Any arguments about quality would have to be for another day and another set of proceedings.  It argued that the clause was widely worded in Geo’s favour.  Further, as a matter of law, a defence of abatement operates by way of a deduction from, and withholding of, the price.

Geo said that commercial common sense supported its position.  It had granted Readie a substantial credit line (anticipated to be up to £800k, for up to 2 months) but the quid pro quo was that Readie had then to pay.  That was necessary to protect Geo’s cash-flow, the lifeblood of any business.   Readie’s ability to complain about alleged non-conformity of the goods was thus no better nor worse than if it had been obliged to pay upon acceptance of its order.   Geo further relied upon the fact that the judge at first instance had found that the clause was a fair and reasonable one for the parties to have agreed and there had been no appeal against the first instance rejection of Readie’s prior contrary defence under the Unfair Contract Terms Act 1977.

On appeal, the Court accepted that as a matter of construction Geo was entitled to succeed if there had been (as there had) at least a purported delivery.  This was even if the goods delivered were not (on the assumed facts) of the contractual specification.   He therefore rejected Readie’s appeal on this ground

On the current state of the authorities, a claim only lies in debt for the price of goods if it can be brought within s49 of the 1979 Act.  This is the effect of the Court of Appeal’s decision in Caterpillar v John Holt [2013] EWCA Civ 1232.   The unanimous Supreme Court in Res Cogitans [2016] UKSC 23 indicated that it would have overruled the decision in Caterpillar on this aspect but its discussion on the point was obiter.   Accordingly, whilst Geo reserved the right to contend on appeal that Caterpillar was incorrectly decided, it was common ground that the High Court was bound by it.

It was also common ground that due to a retention of title clause, title did not pass to Readie as the latter had not made payment.  Hence section 49(1) – which allows a claim for the price when property has passed – was inapplicable.

It was therefore necessary for Geo to show that s.49(2) of the 1979 Act was engaged if it was to succeed in its claim for the price before the High Court.

“Where, under a contract of sale, the price is payable on a day certain irrespective of delivery and the buyer wrongfully neglects or refuses to pay such price, the seller may maintain an action for the price, although the property in the goods has not passed and the goods have not been appropriated to the contract.”

The applicable terms and conditions in this case also stated that “every contract for the sale of Goods shall be deemed to be concluded only when the Goods have been delivered or collected”.

Readie argued that due to this latter term there could be no invoice without delivery and that the price was therefore not payable “irrespective of delivery” for the purposes of s49(2).  Accordingly, no claim in debt lay and Geo was left with a claim in damages which (it was common ground) would not entitle it to summary judgment.

Geo argued that Readie’s position was inconsistent with the natural wording of s49(2).  The requirement that payment be made on a day certain irrespective of delivery did not require that delivery had not to have taken place if payment was to be due.  If it was read in that way it would lead to the entirely uncommercial result that (on the current state of the law) in a case where the contract provided for delivery and then a specified period of credit, but title to be retained pending payment, no claim in debt would ever lie.

The Judge again agreed with Geo’s arguments on s49(2).  In doing so, he preferred the reasoning adopted in a Singaporean High Court decision cited by Geo rather than that adopted by two Australian state Courts of Appeal and in the New Zealand Court of Appeal.

The Judge accordingly dismissed Readie’s appeal from the judgment at first instance.  Geo’s summary judgment and the resulting award of indemnity costs therefore remained intact, with Geo also being awarded the costs of the appeal. 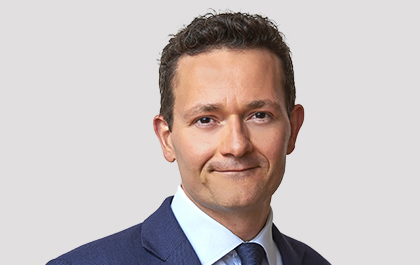