The Eastern Caribbean Court of Appeal has in a lengthy and comprehensive judgment (Capital WW Investment Limited (in liquidation) (acting by its directors) v Tall Trade Limited BVIHCMAP2020/0025 & 0026, 24 January 2022) dismissed Capital WW’s appeal against the judgment and order of Jack J by which he had ordered it be wound up and liquidators appointed and ordered that Tall Trade recover its costs out of the Capital WW’s assets in the liquidation.

Charles Samek QC (leading Peter Ferrer, Marcia McFarlane and Romane Duncan of Harneys) acted for the successful respondents to the appeal. A full copy of the judgment can be accessed by clicking on this link.

Two particular matters are of note. First, a reminder of the limited scope for challenge to a judge’s exercise of discretion. Secondly, the particular workings of the statutory regime in the Virgin Islands regarding the admissibility of improperly obtained evidence. These are addressed briefly below:

In dismissing the appeal, the ECCA paid tribute to the Judge’s closely reasoned judgment and drew attention to a string of authorities emphasising the need for appellate restraint in appeals against exercises of discretion and factual evaluations by judges at first instance (see [62] – [69]). The ECCA emphasised the important point (echoing the view of the Privy Council in Ming Sui Hung v JF Ming Inc [2021] UKPC 1) that in challenges to an exercise of discretion by a first instance judge it was insufficient to contend that a judge had failed to give sufficient weight to a relevant matter. What effectively had to be shown was irrationality (e.g. leaving out of account material matters / taking into account immaterial matters) or perversity but concluded that Capital WW had failed to demonstrate that there had been anything irrational or perverse in the judge’s various exercises of discretion, first to exclude hacked telegram messages and secondly to appoint liquidators.

As to the exclusion of evidence, the ECCA correctly drew a distinction between the common law position as pertains in England and Wales (see Ras Al Khaimah Investment Authority v Azima [2021] EWCA Civ 349 which ascribes particular importance to the probative value of the evidence) and the statutory position (Evidence Act 2006) which pertains in the Virgin Islands (which requires the judge to examine a range of identified factors, of which probative value is but one). The ECCA upheld the judge’s evaluation of the hacked telegram messages and his determination that they lacked probative worth as well as his general exercise of discretion under the said Act, which he also carried out on the premise that, contrary to his judgment, the hacked messages did have probative worth. 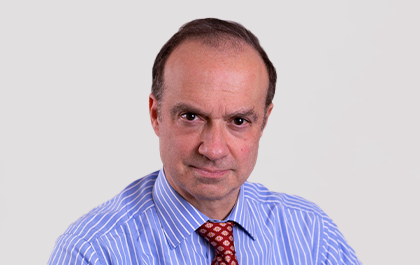