Georgina Churchhouse successful in the EAT

On 3 February 2022, the EAT handed down Judgment in Wilkinson v Driver and Vehicle Standards Agency [2022] EAT 23, which provides useful clarification on the correct approach to reductions to the compensatory award both for contributory conduct and under Polkey. Georgina Churchhouse acted for the successful appellant, Mr Wilkinson.

Two interesting points of law arose during the appeal, which whilst not determine of the appeal, are worthy of mention. First the correct construction of the contributory conduct provisions in section 123(6) ERA 1996, and second the question of whether a finding of 100% contributory conduct was incompatible with a finding of a 50% Polkey reduction.

At first instance the Tribunal made a finding of unfair dismissal but went on at paragraphs [116] to [117] of the Judgment, to make an 100% reduction to the compensatory award for contributory conduct. Further at paragraph [115] the Tribunal observed:

[115] The first question is the so called ‘Polkey’ question namely what would have happened if the claimant had been alerted earlier to the stance being taken by his line manager over trust issues. I am of the opinion that it is not certain what Mr Neill would say about the issue of trust or how he would explain that he seems to have trusted the claimant to work unrestricted including working on his own at outstations for some weeks after the incident came to light. The evidence is not satisfactory as Mr Neill did not give evidence nor were the difficulties with his position even put to him. Nevertheless, looking at the matter broadly I would expect that there was probably a fifty-fifty chance that Mr Neill would stick to his position that he could not trust the claimant in the future and that the implied term had been irretrievably broken.

Both the Appellant and Respondent agreed that by virtue of paragraph [115] of the Judgment, the Tribunal had also made a 50% Polkey reduction.

Two interesting points of law arose in the appeal:

The Appellant submitted that the Tribunal had erred in its construction of section 123(6) ERA 1996, by failing to confine itself to matters causally connected to dismissal. It did so, it was submitted, because the Tribunal erred in conflating the question of the employer’s reason for dismissal under section 98(2) ERA 1996, with the question of causation of the dismissal, under section 123(6) ERA 1996, as the EAT had done in British Gas Trading Ltd v Price [2016] 3 WLUK 621.

At paragraph [112] of the ET’s Judgment the Tribunal had found that the unfairness of the dismissal arose from taking the purported breakdown in mutual trust and confidence as read, and at [100] of the ET’s Judgment, the Tribunal found this was the reason for dismissal as opposed to imposing a final written warning.  It was thus submitted that it was the unfairness which had caused the dismissal in this case, and not the Claimant’s conduct, which but for the unfairness, would have resulted in a final written warning on the ET’s findings at paragraph [100] of the Judgment.

The EAT rejected this approach for two reasons. First at paragraphs [43]-[45] of its Judgment it said that the analysis in Price was based upon Gibson v British Transport Docks Board [1982] IRLR 228, which at paragraph 29 held that:

“…what has to be shown is that the conduct of the applicant contributed to the dismissal. If the applicant has been guilty of improper conduct which gave rise to a situation in which he was dismissed and that conduct was blameworthy, then it is open to the Tribunal to find that the conduct contributed to the dismissal. That is how the section has been uniformly applied.”

As such the EAT held that a reduction for contributory conduct of the employee was not excluded even where it could be said that, if the employer had acted fairly, a dismissal would not have occurred at all.

By holding that (a) Gibson and Price were dispositive of the issue of the correct approach to section 123(6) ERA 1996, despite the submissions in the present appeal not having been ventilated in either appeal, and (b) that there was no Polkey reduction at [115] of the ET’s Judgment, the EAT has for now kicked into the long grass any challenge to the approach in Gibson and Price.

(ii) Whether a finding of 100% contributory conduct was compatible with a 50% Polkey reduction.

The Appellant also submitted that the Tribunal’s finding of an 100% reduction to the compensatory award for contributory conduct under section 123(6) ERA 1996 was incompatible with the Tribunal’s decision to make a 50% Polkey reduction.

It was submitted that as part of the analysis in determining a Polkey reduction, following Whitehead v Robertson Partnership [2002] 7 WLUK 539 the Tribunal was required to consider at the third stage of analysis in Whitehead whether the employer would in fact have dismissed the employee as opposed to imposing a lesser penalty, and if so, whether that would have ensured the employee’s continued employment. It was submitted that analysis necessarily required consideration of whether the Respondent’s unfair conduct was causative of the dismissal.

It was submitted that the Tribunal at paragraph [115] of the Judgment had made a 50% Polkey reduction, which was therefore incompatible with a finding of 100% contributory conduct. It was incompatible because in so making a 50% Polkey reduction, the Tribunal accepted there was a 50% chance the Claimant would have remained in employment but for the Respondent’s decision to unfairly dismiss.

By holding, contrary to both parties’ submissions, that the Tribunal was not making a 50% Polkey reduction at paragraph [115] of the ET Judgment, and by reasserting the approach towards contributory conduct in Gibson and Price, the EAT sidestepped this issue, so the point remains live for another day. 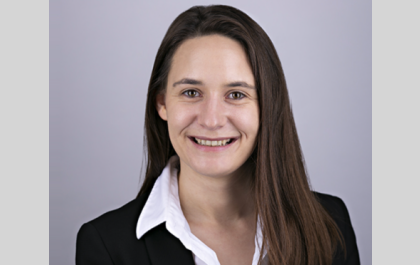