Following a 7-day expedited High Court trial, in Credico Marketing Limited & Anor v Benjamin Lambert & Anor [2021] EWHC  –  John Mehrzad QC  and Matthew Sheridan as instructed by Nick Ashcroft , Partner at Addleshaw Goddard, succeeded in enforcing restrictive covenants in a commercial contract between companies operating in the face-to-face marketing sector. There are three aspects of the case which are likely to be of interest to employment and commercial practitioners:

(i)      First, the Court’s conclusion that pre-action undertakings given by the defendants were binding (and enforceable) in their own right notwithstanding that, prior to returning the signed undertakings, the defendants had deleted the wording in the draft sent to them by the claimants which had referred to contractual consideration; and

(ii)    Secondly, the Court’s approach to the stringency of the test to be applied when assessing the reasonableness of covenants which, although contained in a commercial contract, were agreed between parties of unequal bargaining power.

(iii)    Thirdly, the Court’s conclusion as to the time for identifying protectable legitimate business interests and assessing the reasonableness of restrictive covenants intended to protect those interests in circumstances in which there has been a novation of the contract containing the covenants.

The first claimant was a marketing company which serviced its clients’ needs for face-to-face marketing campaigns (for example, campaigns on behalf of energy sector clients seeking to persuade householders of the savings which could be made by switching energy supplier). The first claimant sub-contracted the provision of face-to-face marketing to its network of ‘marketing companies’. Those marketing companies in turn engage self-employed ‘independent sales advisors’ to, for example, go to residential areas and carry out door-to-door selling. Marketing companies like the second defendant sign a contract with the claimants which contains a restriction on being involved in a similar business: (a) during the currency of the contract; and (b) for 6 months after the termination of the contract within a defined geographical area.

The defendants contended that the undertakings did not constitute a binding contract or, if they were binding, that they were unenforceable under the doctrine of restraint of trade. In particular, the defendants argued that the removal of the wording relating to consideration meant that: (a) there was no intention to be bound; and (b) by returning the draft undertakings in amended form the defendants were in fact making a counter-offer (which they said the claimants never accepted).

The Court disagreed. Cavanagh J held that the claimants’ promise not to terminate the contract and to refrain from applying for injunctive relief constituted good consideration. The removal of the wording relating to consideration was of no significance since there is no legal requirement for contractual consideration to be spelled out. It followed that the removal of the wording did not mean that the undertakings returned by the defendants constituted a counter-offer.

“Where a restriction is voluntarily assumed by a party in negotiations in order to avoid legal proceedings, the considerations which normally apply to determine the enforceability of a restrictive covenant do not apply. There is a public interest in holding parties to agreements that they make in an attempt to compromise threatened legal proceedings…There is a presumption, in these circumstances, that the restraint is enforceable”

In assessing the enforceability of the covenants in the contract, the Court applied the guidance given by the Court of Appeal in Quantum Advisory Ltd v Quantum Actuarial LLP [2021] EWCA Civ 227 and, in particular, the guidance to the effect that the extent of judicial scrutiny of the reasonableness of restrictive covenants may depend on whether there was inequality of bargaining power.

On the other hand, the Court concluded that there were features which meant that a stricter standard of scrutiny should be applied than in a commercial case where restrictions have been agreed after arm’s length negotiations between parties of broadly equal bargaining power: (a) First, the restrictions were contained in the claimants’ standard form contract and, in practice, there was no possibility that a ‘marketing company’ owner would be able to renegotiate the terms of the contract so as to vary the restrictions; (b) Secondly, the claimants were a “large, sophisticated, and experienced business operation” whereas new marketing company owners were typically inexperienced and do not have substantial resources behind them; and (c) Thirdly, it was also relevant “though perhaps of lesser importance” that the defendants did not take legal advice in relation to the restrictions.

The Court held that those factors did “not mean that the test approaches the severity of the test that applies in employment cases” and concluded on the facts that the covenants were enforceable.

Timing of the assessment of legitimate business interests

A nuance of the dispute was that the second claimant’s business was allegedly novated to the first claimant after the defendants had entered into the contract containing the restrictive covenants.

The Court held that the defendants had agreed to the novation by reason of their conduct, given that in practical terms nothing changed pre- and post-novation, with the defendants accepting back-office support, clients, training and advice and payments from the first claimant after the novation without protest.

The Court also held that, notwithstanding the novation, the timing of the identification of whether the claimants had protectable legitimate business interests and the assessment of the reasonableness of the covenants which were intended to protect those interests was at the time the contract was originally entered into.  This conclusion was contrary to the parties’ common position that the relevant time was the date of the novation because a novation gives rise to a new contract between the ‘continuing’ party and the ‘new’ party to the contract.

The Court’s conclusion was based on the Court’s view that “a feature of a novation is that the new contracting party takes over any outstanding legal obligations owed by the previous contracting party”. Nothing turned on the point, however, as on either analysis the claimants had demonstrated protectable legitimate business interests of back-office support, training and advice and the provision of clients to the defendants.

In conclusion, the case demonstrates the following key points: 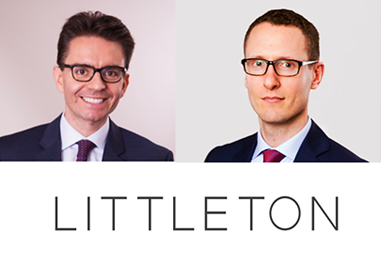