Littleton is delighted by today’s announcement that our colleague and former Head of Chambers Naomi Ellenbogen QC, has been appointed a High Court Judge, assigned to the Queen’s Bench Division.

Naomi has been a member of Chambers since completing her pupillage with us in 1993 and has played a pivotal role in Littleton’s success.  Having taken Silk at a very early stage in her career, in 2010, Naomi was our first female Joint Head of Chambers, from 2014 to 2018 and is now our first female member to be appointed to the High Court Bench. Widely regarded as one of the country’s leading employment practitioners, she has consistently won plaudits from clients, judges, and the legal directories.  Recent high-profile work includes her appointments as the independent inquirer into bullying and harassment in the House of Lords; the independent reviewer of the BBC’s On-Air Review; and Chair of an independent review of the Professional Footballers’ Association.

Since 2016, Naomi has served as Vice-­Chair of the Bar Standards Board, a position which she necessarily relinquishes on her appointment. Between 2011 and 2015 she held the position of Barrister Vice-­Chair of the Professional Conduct Committee of the Bar Standards Board. Since 2017, she has sat as a Deputy High Court Judge (in the Queen’s Bench Division, Administrative Court and Employment Appeal Tribunal), and, since 2016, as a Recorder of the Crown Court. Naomi is a Bencher of Gray’s Inn.

“Naomi’s appointment is richly deserved and is testament to her outstanding abilities. Not only has she helped numerous clients over the years but within Chambers she has been an exceptional friend, colleague and mentor.  I speak for the whole Littleton family in saying we will miss her hugely. We are proud of her, and wish her the very best for what, we have no doubt, will be an outstanding judicial career.“ 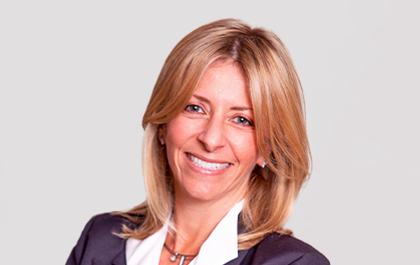