The EAT (HHJ Auerbach) has today handed down its judgment in Kong-v-Gulf International Bank (UK) Limited [2021] EA-2020-000357-JOJ which provides an illuminating discussion of the narrow scope of the principle in Jhuti and discusses why it shall rarely be found to apply.

The claimant was employed by the respondent as Head of Financial Audit. A draft audit report prepared by her raised concerns that a legal agreement relating to a certain financial product did not provide sufficient protection against certain risks arising from the involvement of non-bank counterparties. It was not disputed that the claimant’s communications of her concerns about this, and other aspects, amounted to protected disclosures.

The EAT’s discussion of Jhuti

The EAT dismissed the appeal and gave a detailed explanation of the limited scope of the Jhuti principle.

It firstly charted the basis of the Jhuti principle in the following terms:

The EAT’s judgment repeats comments made by a separate division of the EAT (HHJ Taylor) in University Hospital North Tees & Hartlepool NHS Foundation Trust v Fairhall [2021] UKEAT/0150/20 that the Jhuti principle is limited and only applies on extreme facts. Thus it will not be a test which is readily satisfied.

The judgment also provides clear guidance that the Jhuti principle will not be engaged as regards persons whom have no direct managerial responsibility over the dismissed employee and where they do not actively seek the dismissal of the employee. Significant invention is required before it can be said to apply.

Perhaps the best guidance for practitioners to be taken from the decision is to heed the words of HHJ Taylor in Fairhill and recognise that Jhuti shall rarely be a case that needs to be considered by the Employment Tribunal at all.

Nicholas Siddall QC acted for the successful Respondent in the appeal in Kong and has a particular interest in whistleblowing cases in the financial sector. 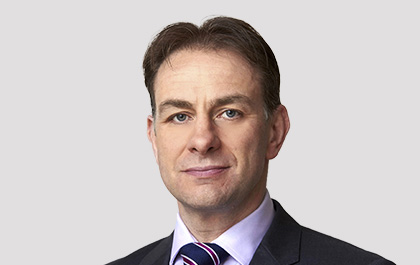