The Claimants had acted for Mr Al-Sanea and the Saad Group for several years in relation to debt claims running in billions of dollars following the collapse of the Group in the aftermath of the global financial crisis.

Mr Al-Sanea’s son, Mishal, the Defendant, entered into an agreement to pay the bulk of the Claimants’ fees incurred in relation to that work (‘the Fee Agreement’). The Claimants claimed payment of the money due under the Fee Agreement.

The Defendant denied liability on the basis that the Fee Agreement was said to be void or unenforceable for duress, undue influence, breach of fiduciary duty and/or because it amounted to an unconscionable transaction. All these defences were (by consent) considered as if they were governed by English law.

In a judgment handed down on 29 September 2021, Sir Ross Cranston (‘the Judge’) gave judgment for the Claimants on all issues.

Of particular interest (given its ramifications for law firms and the dearth of case law on the point) is the Judge’s findings on a solicitor’s fiduciary duties in relation to fee agreements. In particular: (i) whether fiduciaries duties arise at all in relation to such agreements; (ii) if so, the circumstances in which they might arise and cease; and (iii) if such duties existed, their scope. The Judge addressed these issues in paras. 151-160 of his judgment. In summary he found as follows:

On the facts, the Judge found that the principle in Wollenberg (that solicitors do not owe fiduciary duties in relation to their own fees) did not apply here, because the Fee Agreement was not with the party who had incurred the original fees.

However, the Judge found that the Claimants did not owe fiduciary duties to the Defendant in this case because they ceased to act for the Al-Sanea family before the Fee Agreement was entered into.

Even if there had been a fiduciary duty, the Judge found that it would have been discharged because the Defendant understood the terms of the Fee Agreement. The Claimants were under no obligation to advise him on the commercial prudence of entering into it.

The judgment also contains one of the first discussions of lawful act duress since the Supreme Court recently narrowed its scope in its judgment (given in August) in Pakistan International Airline Corp v Times Travel (UK) Ltd [2021] UKSC 40: see the judgment at paras. 161-3, 185-9. 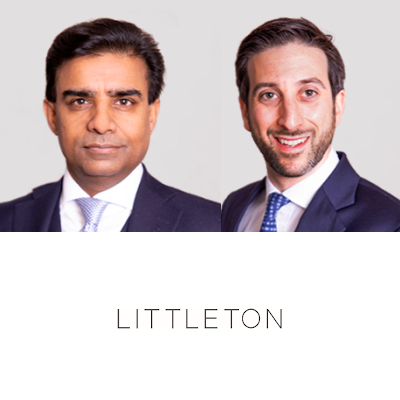