Whistleblowing: the Court of Appeal upholds the EAT’s decision in Osipov

In Royal Mail Ltd v Jhuti [2017] EWCA Civ 1632 [2018] ICR 982 the Court of Appeal held that for the purpose of determining “the reason for the dismissal” under s.98 (1) ERA or s.103A ERA, the tribunal could not take into account the mental processes of someone who was not involved in the disciplinary process. Even if an co-worker’s conduct constituted a deliberate attempt to procure the claimant employee’s dismissal because she had made a protected disclosure that motivation could not be attributed to the employer if it was not shared by the person deputed by the employer to take the dismissal decision. The judgment and reasoning of the Court of Appeal is considered in detail in the Supplement to Whistleblowing Law & Practice 3rd Edition which can be downloaded HERE.

But if the employer could not be liable under s.103A in such a case could the co-worker who had attempted to procure the dismissal themselves be liable? And if so for what and how? But if the co-worker was liable would the employer not also be liable? If a co-worker and his or her employer were liable for a detriment that amounted to a dismissal then how could that be squared with the existence of two parallel but separate regimes in ERA: Part V for detriment and Part X for dismissal.

In Jhuti the employer, Royal Mail, effectively acknowledged that an employer could be liable for the consequences of the co-worker’s actions in such circumstances but contended that because of the way the case had been pleaded Royal Mail itself was not liable to Ms Jhuti. That contention was rejected. The overall result was that the theoretical and practical difficulties posed by the existence of the two different regimes remained to be considered in another case.

That case would have to grapple with the construction to be given to section 47B of the ERA because, whilst that section gives employees (as a subset of workers) the right not to be subjected to a detriment by their employer or their co-workers, it also provides by ss 2 that s 47B (i.e. the package of rights created by s 47B)

‘…does not apply where—
(a) the worker is an employee, and
(b) the detriment in question amounts to dismissal (within the meaning of Part X).’

At EAT level in Jhuti Mitting J had held 47B (2) expressly excluded the detriment of dismissal, and it also entailed that there could be no claim in detriment for the financial and other consequences of dismissal, whatever the causative link to the act or omission to act complained of.

As it happened, shortly before the Court of Appeal gave its judgment in Jhuti, the EAT had delivered judgment in International Petroleum Ltd & Ors v Osipov & Ors [2017] UKEAT 0058_17_1907. That judgment took a very different approach to ss 2 to that taken by Mitting J. Simler P held that the exclusion of a claim of detriment in respect of “dismissal (within the meaning of Part X)” only excluded “detriments amounting to unfair dismissal claims” and therefore referred only to claims by an employee against the employer (for unfair dismissal). In Simler P’s view the submission that it could cover claims against the individual co-worker ignored the words in brackets cross- referring to Part X ERA.

The facts of Osipov
Mr Osipov was employed by IPL, an Australian domiciled oil and gas exploration and production company. In June 2014 he was appointed as its CEO. He made what were found to be protected disclosures in relation to failure to conduct a competitive tendering process in relation to exploration operations in the Niger. The ET found that he suffered detriments and ultimately was dismissed by reason of his protected disclosures. The ET upheld a claim of automatic unfair dismissal under s.103A. IPL was insolvent but Mr Osipov had also made detriment claims under s.47B ERA against two directors of IPL, Mr Timis and Mr Sage. These claims succeeded. The ET found that Mr Timis was a de facto executive director who regarded himself as entitled to exercise executive authority in relation to the day-to-day running of the company because of his significant investment in the business. Mr Sage was also a non-executive director but he was found by the ET to have exercised managerial functions. As finalised alleged detriment (m) had read:

The ET upheld the claim in relation to detriment (m) and considered which particular respondents had done the acts by which Mr Osipov had been subjected to  the detriments. It held that IPL was responsible for all of them, and that Mr Timis and Mr Sage were each responsible for some (more in Mr Timis’ case than Mr Sage’s): both of them were held responsible for detriment (m).

As Underhill LJ later put it, the upshot was that, although Mr Timis and Mr Sage were not held liable for Mr Osipov’s unfair dismissal as such, they were held liable for the losses that he suffered in consequence of the dismissal. This was on the basis that those losses flowed from the pre-dismissal detriments for which they were liable, and specifically from detriment (m), the instruction or recommendation to dismiss him, which the ET clearly regarded as distinct from the dismissal itself.

The ET’s decision was in substance upheld by the Employment Appeal Tribunal, although the amount had to be re-calculated and was agreed as £2,003,972.35.

The EAT’s reasoning on s.47B(2)
The core aspect of Simler J’s has already been referred to. Simler P went further than the ET. Instead of proceeding on the basis that the decision to dismiss itself could not be the grounds for a s.47B detriment claim, she concluded that a worker could bring a claim of detriment against a co-worker or agent based on the fact that the co-worker or agent had affected the dismissal of the worker. It was therefore not necessary to distinguish between the dismissal and the procuring of a dismissal.

The Court of Appeal
Mr Sage and Mr Timis appealed to the Court of Appeal.  Protect (formerly Public Concern at Work) applied for and was given permission to intervene in the appeal. Underhill LJ gave the substantive judgement of the Court of Appeal with which Rafferty and Sales LJJ agreed. The judgment will be the subject of detailed analysis in a forthcoming new edition of the online supplement already referred to. But in summary the appeal was dismissed and Simler P’s construction of s. 47B (2) was upheld.

The practical consequences- claimants should still bring a 103A claim
It was argued on behalf of Mr Sage and Mr Timis that if the construction of the legislation advanced on behalf of Mr Osipov and accepted by Simler P was correct then a claim of (automatically) unfair dismissal under s.103A would be a “dead letter”. However, the following points militate in favour of bringing the 103A claim in tandem with a claim under s.47B.

But they should also bring a claim under s.47B

A dismissed employee should therefore still make a claim under s.103A (and where possible for “ordinary” unfair dismissal). But the advantages of the parallel claim under the detriment regime for compensation for his or her dismissal are profound:-

Those acting for claimants will  need to keep in mind the potentially different time limits that apply to detriment claims. Time begins to run from the date of the act or deliberate failure to act, rather than the date of detriment taking its effect. This difference will be particularly marked where the dismissal which is the subject of the complaints is on notice. A claim under the detriment regime must be made within 3 months of the decision to dismiss having been taken, not from the EDT. If a claim is to be made based on a distinct prior detrimental act done by a co-worker then time will run from the doing of that act. The “reasonably practicable” extension is unlikely to assist a claimant who knew of the matters he or she subsequently complained of but waited more than 3 months to bring proceedings.

Claimants will also have to consider whether to join the alleged human perpetrators as respondents. Where the employer is, as was the case in Osipov, insolvent and the individual perpetrators are insured  then the advantages of joining in those individuals as respondents is obvious. But if the employer is thought to be financially sound the advantages are less clear cut: D&O insurance may provide a fighting fund which would not otherwise be available for the defence.

Contribution between respondents: another conundrum on the horizon
Messrs Timis  and Sage had the benefit of D&O insurance. Underhill LJ observed had they not (both) been insured, and indeed had IPL not been insolvent,  what Underhill LJ described as an interesting question might have arisen as to the contribution position between them  and IPL. At EAT level  it has been held that the Civil Liability (Contribution) Act 1978 does not apply to proceedings in the ET: see Sunderland City Council v Brennan [2011] UKEAT 0286/110, [2012] ICR 1183.  That interesting question will probably arise for consideration sooner rather than later. 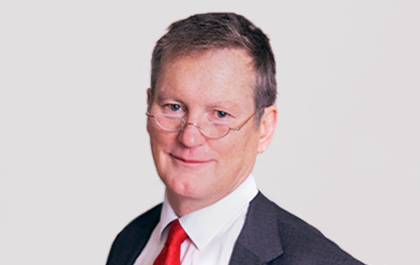