Workers not able to displace a recognised independent Union

If the employer has recognised an independent union, even where a majority of workers are members of a different union, can that union displace the recognised union?  The Court of Appeal finds that it cannot and has confirmed that Schedule A1 to the Trade Union and Labour Relations (Consolidation) Act 1992 is neither incompatible with the European Convention on Human Rights (“ECHR”) nor does it have to be read so as to achieve this right. R (on the Application of the Independent Workers Union of Great Britain) v Secretary State for Business, Energy and Industrial Strategy [2021] EWCA Civ 260.

Article 11 of the ECHR provides for the right of freedom of association, including the right to form and join trade unions. Membership of a trade union may be seen as a hollow right unless the trade union is able to collectively bargain with a member’s employer. Voluntary recognition is of course always possible but an important right for trade unions is the right to compel recognition, under Schedule A1, where it meets the threshold requirements of membership for the proposed bargaining unit. The union’s application for recognition will not be valid if another union is recognised in respect of any of the workers in the proposed bargaining unit. This was considered by the Court of Appeal in Pharmacists’ Defence Association Union v Boots Management Services Ltd and another [2017] EWCA Civ 66; [2017] IRLR 335 (“Boots“). There the union that had been recognised was not an independent union, i.e. it had not been so certified by the Certification Officer. The Court of Appeal considered the case law of the European Court of Human Rights (“ECHR”) in particular the decision in Demir and Baykara v Turkey (2009) 48 EHRR 54; [2008] ECR 1345 and subsequent decisions and recognised that  the ECHR considered that an essential element of Article 11 was the right to bargain collectively with the employer. Ultimately in Boots the presence of a procedure by which workers within a proposed bargain unit could compel the de recognition of non-independent union meant that issues of incompatibility with Article 11 did not arise. As a side note that is what eventually happened in Boots with the PDAU eventually securing recognition.

In this case an independent union UNISON had been recognised and the de recognition procedure did not apply. This was then a full challenge to the scheme of Schedule A1 and the CAC’s refusal to accept the IWGB’s application for recognition. This had been the subject of an unsuccessful Judicial Review before Mr Justice Supperstone and this was the hearing of the appeal against that Judgment before the Court of Appeal (Bean, Underhill and Phillips LLJ). Lord Justice Bean gave the Judgment of the Court. He analysed the case law of the European Court of Human Rights, in particular the decisions since Demir, and concluded that whilst Demir had recognised the right to collectively bargain the subsequent decisions recognised that Contracting States had been afforded a wide margin of appreciation as to how trade union freedom and protection of the occupational interests of union members may be secured. The more limited margin of appreciation afforded to Contracting States applied only when considering the scope of the permissible  exclusions under  Art 11(2). He considered that the present case was not concerned with exclusion of Art 11 rights as the  staff in the workplace were free to join UNISON, the IWGB, or any other trade union. The issue was whether Art 11 extended to the right for workers to be represented in collective bargaining by their own independent union rather than by another one. In this respect Lord Justice Bean concluded that:

“the rules of any statutory scheme constrain access to collective bargaining for a particular trade union or its members the constraints will have to be justified by relevant and sufficient reasons, and must strike a fair balance between the competing interests at stake; but that in assessing that justification the choice made by Parliament should be given a wide margin of appreciation.”

Here he concluded that Parliament had chosen to strike a balance as to the approach to collective bargaining which recognised that stability and unity in collective bargaining are in the interests of the workforce, and that (provided that it is independent) a single trade union negotiating on their behalf is more likely to achieve positive results. But Parliament had decided that it was not necessary for independent trade unions to be able to compete to represent workers in the work place. The choice which Parliament in this policy decision had made fell within the margin of appreciation afforded to the UK and the bar on the IWGB’s application under Schedule 1A was not then an infringement of Art 11.

It remains to be seen if the IWGB will seek to permission to appeal to the Supreme Court, not least to exhaust domestic remedies before an application to the European Court of Human Rights.

David is  co-author of Law of Industrial Action and Trade Union Recognition (OUP) 2019 and was Counsel for Boots. 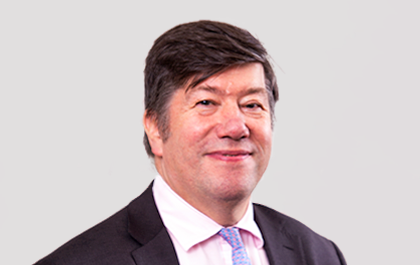