A lawyer’s “gut feel”. How reliable is it?

Experienced lawyers are routinely asked for their ‘gut feel’ about particular points. However, the instinctive view that is requested or articulated is not much use unless it is likely to be correct.

Here is a “gut feel” question.

During the coronavirus pandemic, as a response to the need for a number of its staff to remain at home either because they were shielding or for childcare reasons (and in cases where such staff were unable to perform their work from home), an employer introduces a paid special leave policy, whereby such employees would continue to be paid notwithstanding their inability to work.  As pre-conditions for entitlement to paid special leave under the policy, however, the employees in question first had to use up any accrued time off in lieu (“TOIL”) and annual leave.

Is or might that policy (and in particular that latter condition regarding the prior use of TOIL or annual leave) be unlawful as constituting unfavourable treatment because of something arising in consequence of disability under s.15 of the Equality Act 2010 (“EqA”); and/or indirect sex discrimination (on the basis that it gave rise to a particular disadvantage for women under s. 19 of the EqA)?

My “gut feel” was that the paid special leave policy was generous and sensible. It would be bizarre if it were unlawful.

That, however, was not the finding of the ET hearing union-backed claims brought by affected employees challenging aspects of the policy. It held that the treatment complained of – the removal of the flexibility and choice of TOIL and annual leave at the time of the employees’ choosing-  was unfavourable treatment under s.15 of EqA and capable of constituting a particular disadvantage for the purposes of an indirect discrimination claim under s.19. On the facts, the ET upheld the s.15 claim but dismissed the claims for indirect sex discrimination (as the necessary group disadvantage had not been established).

But that was not the end of the story. On appeal, the EAT (Eady P) restored good sense. The EAT held in Cowie and others v Scottish Fire and Rescue Service [2022] EAT 121 that the ET had erred in finding that the preconditions for the grant of entitlement to paid special leave amounted to unfavourable treatment for the purposes of section 15 EqA. The ET had itself found that the matters complained of by the claimants were “preconditions to obtaining or consequences of paid special leave” and had held that the respondent’s paid special leave policy was “favourable” treatment.  On those facts, the EAT held, it was a case falling within the analysis in Williams v Trustees of Swansea University Pension & Assurance Scheme [2018] UKSC 65. The ET had fallen into error in allowing the claimants’ complaint to define its assessment of “treatment” and thus artificially to separate out the conditions of entitlement to a benefit from the benefit itself.

The key point is that treatment that is essentially favourable (in this case, the paid special leave policy) does not become unfavourable – s.15 EqA refers to “A treating B unfavourably …” – simply because it could have been more favourable (in this case, by permitting employees to avail themselves of the paid special leave policy without first using up any TOIL or annual leave). Correctly analysed, there was no unfavourable treatment so no claim under s.15; and by the same token there was not no “disadvantage” for the purposes of the indirect discrimination claim.

The EAT’s reasoning on the latter point (at paragraph 82) was as follows:

… The PCP  [provision criterion or practice] was defined as the requirement to use accrued TOIL and/or annual leave before being granted paid special leave, but that was not determinative of the question of “disadvantage”.  The PCP only operated in the context of the paid special leave policy – there was no requirement to use accrued TOIL and/or annual leave other than as part of that policy – and the question of disadvantage thus had to be viewed through the operation of the policy as a whole.  Having concluded that the provision of paid special leave was “clearly favourable”, the ET could only find that the particular PCP relied on by the claimants amounted to a “disadvantage” if it then separated out the conditions of entitlement to the benefit from the benefit itself.  That, however, would be a wholly artificial separation between these two elements of the paid special leave policy.  Thus, for essentially the same reasons as we have explained in relation to the section 15 claims, we consider that the ET erred in its approach to the question of “disadvantage” for section 19 purposes.

My “gut feel” was vindicated: but the case perhaps highlights that it is not really a substitute for careful analysis. 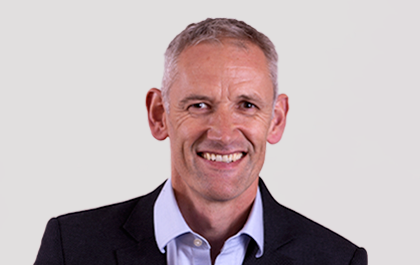