A step forwards in tackling violence and harassment at work?

The UK has finally completed the ratification process for the International Labour Organisation’s Violence and Harassment Convention 2019. The binding ILO Convention and the accompanying non-binding Recommendation set out a framework for action in tackling violence and harassment in the workplace.

Although the framework set out by the ILO Convention and Recommendation broadly aligns with existing UK law and practice, it will require the UK Government to take some further steps. The Department for Work and Pensions Press Release issued on 7 March 2022 states that the UK already has “a robust legal framework in place”, but it will introduce a new duty on employers to take proactive steps to prevent their employees from experiencing sexual harassment. It will also introduce “explicit protections” for employees to protect them from harassment by third parties such as customers and clients.

It is very noteworthy that the Department for Work and Pensions does not spell out the breadth of the obligations to be imposed on employers through requirements to introduce laws and regulations under Article 9 of the Convention.[i]

Under Article 2 of the Convention the breadth of its scope is very widely defined. The Convention protects “workers and other persons in the world of work, including employees as defined by national law and practice, as well as persons working irrespective of their contractual status, persons in training, including interns and apprentices, workers whose employment has been terminated, volunteers, jobseekers and job applicants, and individuals exercising the authority, duties or responsibilities of an employer”. It also applies to all sectors, whether private or public, both in the formal and informal economy.

Under Article 3, “the world of work” in respect of which protection is to be provided includes work-related trips, travel, training, events or social activities, work-related communications, and event commuting to work.

In order to achieve the aim of preventing and eliminating violence and harassment at work, Article 5 of the Convention contains some very broad obligations on the UK to “promote and realise the fundamental principles and rights at work, namely freedom of association and the effective recognition of the right to collective bargaining, the elimination of all forms of forced or compulsory labour, the effective abolition of child labour and the elimination of discrimination in respect of employment and occupation, as well as promote decent work.”

The Department for Work and Pensions Press Release indicates that the UK Government is supporting the EHRC to create a statutory Code of Practice on sexual harassment and harassment in the workplace which is intended to motivate employers to make improvements to workplace practices and culture.

The Government’s Press release does not address specifically of the more collective consultation aspects of the Convention obligations. In particular, the provisions of Article 9(a) of the Convention will require the UK to introduce laws and regulations that will oblige employers to adopt and implement a workplace policy on violence and harassment and do so “in consultation with workers and their representatives”. Similarly, the obligation in article 9(c) which will require employers to identify hazards and assess the risks of violence and harassment and take measures to prevent and control them is also to be done “with the participation of workers and their representatives”.

Another interesting aspect of Article 9 of the Convention is that in order to make the internal policies referred to in Article 9(a) effective, Article 9(d) provides that employers will be expected to provide requisite training to employees on

The Enforcement and Remedies provisions in Article 10 of the Convention are worth noting, especially the references to “dispute resolution mechanisms at the workplace level” and “dispute resolution mechanisms external to the workplace”. These would seem to be a reference to processes such as workplace mediation. It will be very interesting to see if the UK Government introduces measures intended to promote and encourage the increased used of mechanisms such as workplace mediation.

Article 10 also requires the UK to take “appropriate measures” to:

“(f) recognise the effects of domestic violence and, so far as is reasonably practicable, mitigate its impact in the world of work;

(g) ensure that workers have the right to remove themselves from a work situation which they have reasonable justification to believe presents an imminent and serious danger to life, health or safety due to violence and harassment, without suffering retaliation or other undue consequences, and the duty to inform management;”

It will be very interesting to see what form of measures are introduced to reflect these enforcement and remedies obligations.

Of course, it remains to be seen how enthusiastically the UK Government embraces letter and spirit of the Convention and turns it into law. If its rhetoric in the Department for Work and Pensions Press Release about the UK playing “a leading role” is to be believed, we can expect some very robust action. Work and Pensions Secretary of State, Thérèse Coffey, is reported as saying:

“I hope that by the UK and others taking this step, our international friends will join us in ratifying this convention and demonstrate their commitment to upholding these values…This government is committed to tackling all forms of violence and harassment and we will support employers to put the necessary measures in place to ensure everyone feels safe in their place of work.”

Hopefully, this does reflect a positive step forward towards tackling harassment and violence in the workplace. 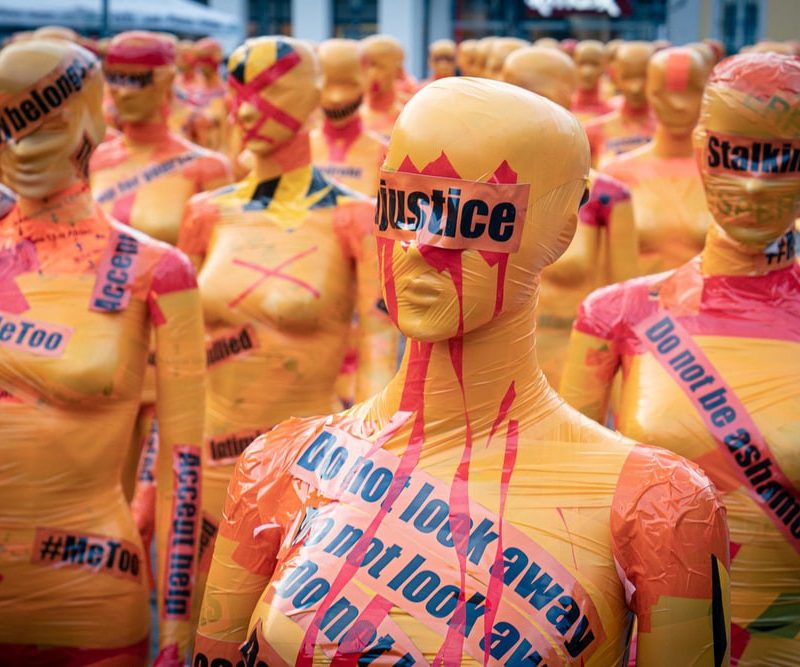