All Change: New Rules for Applications for Contempt of Court

The rules for applications for civil contempt under the CPR have been replaced from 1 October 2020 with the implementation of a new Part 81 of the rules.

Contempt of court can appear in a number of different guises. Further, the substantive law of contempt is derived from both common law and statute, and the jurisdictions of the High Court and the county court are substantially different.

The draftsmen of the old rules sought to reflect these differences by dividing up the rules in Part 81 into different sections for applications for committal for enforcing compliance with judgments or orders (section 2), for interference with the due administration of justice  (section 3), for contempt in the face of the court (section 5) and for the making of a false statement of truth or disclosure statement (section 6). There were further sections providing rules in relation to the exercise by the High Court of statutory powers in relation to matters certified to the High Court by inferior courts (section 4), applications to the High Court for a writ of sequestration to enforce a judgment, order or undertaking (section 7) and the powers of the county court in relation to penal, contempt and disciplinary provisions under the County Courts Act 1984 (section 9). In addition, there were extensive provisions in Practice Direction 81 which supplemented several of these sections.

This approach gave rise to repetition as between the different sections of the rules and to complexities in drafting and issuing applications in respect of more than one kind of contempt. The procedural requirements for different forms of contempt differed significantly, posing dilemmas for litigants in choosing the correct approach. In a number of recent cases, the courts noted that the question of the appropriate procedure to be adopted in contempt cases would benefit from early consideration by the Rules Committee, as the position was unsatisfactory and unclear.

In response to that clarion call, the new CPR 81 consists of a set of just ten rules applicable to all contempt applications. Of particular note:

There are no transitional rules and therefore any existing proceedings will continue under the new rules. There is a limited saving for the purposes of r. 82.2A in respect of enforcement by writs of sequestration where proceedings for contempt have not been brought. The old practice direction 81 has been revoked and has not been replaced.

While process may not quite be everything, it is fundamental to the administration of justice and access to justice. The courts take breaches of their orders extremely seriously, but action usually depends upon the willingness of claimants to make an application. Obscure and difficult procedural requirements are a deterrent to enforcement. The new rules greatly simplify the procedures for a contempt application, ironing out many of the issues under the old rules, and are a welcome reform to this important area of civil procedure.

It should be noted, however, that the changes to the rules do not entail any change to the jurisdiction of the courts in determining contempt proceedings, or to the substantive law of contempt of court. Litigants will still have to be mindful, therefore, to ensure that any application is made to a court which has jurisdiction to deal with the matter, which will be a matter of referring to the relevant statutes and common law. 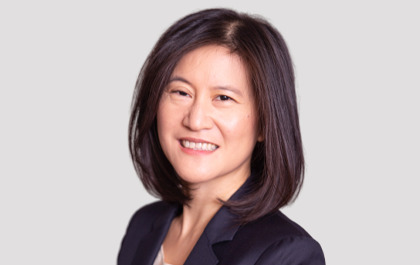