Annual Leave in the Court of Appeal: Another win for Gig Workers

Joel Wallace provides a summary and discussion of the recent Court of Appeal Judgment in Smith v Pimlico Plumbers Ltd [2022] EWCA Civ 70. A copy of the decision can be found here. The themes include paid annual leave entitlement for workers, the extent to which such entitlements are protected, and the need for clear pleadings.

Last February, national attention was drawn to the “gig” economy as the Supreme Court confirmed in Uber BV v Aslam [2021] UKSC 5 that at least some private hire chauffeurs are “workers” as defined by the Employment Rights Act 1996 (ERA 1996”), s 230(2) and the Working Time Regulations 1998 (SI 1998/1833) (“WTR 1998”), reg 2(1). February this year ushers yet another significant ruling for gig workers, this time from the Court of Appeal in Smith v Pimlico Plumbers Ltd [2022] EWCA Civ 70. The reader will likely recall that Mr Gary Smith’s case had already been before the Supreme Court in 2018, when (as in Uber) Mr Smith successfully argued that he was an ERA 1996-WTR 1998 worker and, by extension, benefited from a suite of entitlements and protections under those statutes.[1] The recent Court of Appeal judgment in Mr Smith’s case moves to address the extent to which one of those entitlements, the right to paid leave, should be safeguarded by the courts and tribunals.

The Journey to the Court of Appeal

Mr Smith worked as a plumbing and heating engineer for Pimlico Plumbers Ltd (“Pimlico”) from August 2005 to 3rd May 2011.[2] He took intermittent periods of leave from work, the last of which ended on 4th January 2011. These periods were always unpaid since Pimlico regarded itself as Mr Smith’s client; it provided work for Mr Smith and viewed Mr Smith as a business in his own right. After Mr Smith and Pimlico parted company in 2011, Mr Smith presented a claim before the Employment Tribunal (“ET”),[3] in which he sought payment for the annual leave taken. Notwithstanding the lack of statutory references within the claim form, the ET understood that the claim was based on Mr Smith’s alleged entitlement to 5.6 weeks of paid leave under the WTR 1998, regs 13 and 13A.[4] The ET further identified routes to remedy for the underpayment as twofold: (1) an unlawful deduction complaint via the ERA 1996, s 23; and (2) a complaint of failure to pay annual leave entitlement under WTR 1998, reg 30.[5]

As noted above, a foundational issue in the case was whether the WTR 1998 annual leave provisions applied to Mr Smith because, according to Pimlico, Mr Smith was not a worker and Pimlico was not his employer. Pimlico was wrong. The Supreme Court’s decision that Mr Smith was a worker under WTR meant that his claim could continue in the ET.

On return to the ET, Mr Smith’s claim appeared to expand beyond payment for leave taken. Mr Smith contended that his claim included a complaint for non-payment of leave which Mr Smith had not taken but which had accrued throughout his time at Pimlico, and that such sums were payable in lieu of leave on termination of his employment per WTR 1998, reg 14. This expansion was significant because it not only increased the sums that Mr Smith sought, but it also overcame a potential time limit issue. Mr Smith’s last period of leave ended on 4th January 2011 and his payment for that leave would have been 5th February 2011, had it been made. Mr Smith’s claim form was presented on 1st August 2011, which far exceeded the three-month time limit for presenting the claim under ERA 1996, s 23 and WTR 1998, reg 30. Of course, if the expanded version of the claim were accepted, limitation would present no problem since the deductions or failure to pay would have occurred when Mr Smith received his final pay packet on 3rd May or later.

Unfortunately for Mr Smith, both the ET and the EAT (on subsequent appeal) rejected the expanded version of his claim, holding that only the claim for pay relating to taken leave was in issue. True, the claim forms contained broad and agreed propositions that Mr Smith was not “paid holidays from the outset” and that this situation prevailed until the termination of Mr Smith’s relationship with Pimlico.[6] However, express reference to untaken leave or payment on termination per WTR, reg 14 were lacking. Therefore, the claim was brought out of time and, on the facts, there was no jurisdiction. The holiday pay claim was dismissed by the ET and stood dismissed in the EAT. Mr Smith appealed to the Court of Appeal.

The Impact of King

A central point of contention before the ET and EAT was whether EU law and Case 214/16 King v Sash Window Workshop [2018] IRLR 142 in particular meant that (1) Mr Smith’s annual leave entitlement carried over to subsequent years such that at the time of termination he was entitled to pay in lieu of all untaken leave throughout his employment and (2) Mr Smith’s pleaded case was adequate enough to include a claim for that payment.

In King, a key issue on referral to the CJEU was the extent to which national legislation could prevent a worker from carrying over annual leave in circumstances where she or he had not taken leave because the employer had refused pay.[7] The CJEU answered that such legislation would be precluded by the WTD[8] and, in doing so, held,

“It is clear from the Court’s case law that a worker who has not been able, for reasons beyond his control, to exercise his right to paid annual leave before termination of the employment relationship is entitled to an allowance in lieu under art 7(2) of Directive 2003/88. The amount of that payment must be calculated so that the worker is put in a position comparable to that he would have been in had he exercised that right during his employment relationship”.[9]

From this, Mr Smith argued that his annual leave entitlement should be carried over each year and that he is entitled to seek remedy from the date of termination; remedy should not be denied simply because a claim was not brought within three months of any particular deduction. However, for the ET and the EAT, King was distinguishable from Mr Smith’s predicament, not least because in King the employer’s refusal to give paid leave deterred the worker from taking leave.[10] Mr Smith, on the other hand, had demonstrated that non-payment of leave was no deterrent because he had in fact availed himself of leave whilst working for Pimlico, albeit unpaid.

The Court of Appeal Decision

Like the ET, the Court of Appeal was not tempted to reword the claim. Affirming a doctrine so well pronounced by the EAT in Chandhok v Tirkey [2015] ICR 527, Simler LJ decided that without an amendment application, the scope of Mr Smith’s claim was confined to the words of his original claim form and that Mr Smith’s claim form did not contain a discernible claim for untaken leave or mention payment in lieu of leave on termination per WTR, reg 14.[11]

Moreover, the single right to paid annual leave cannot be subject to any form of precondition, including the condition that the leave was not taken (as in King) or indeed that leave was taken (as in Mr Smith’s case). As such, a worker who takes leave but is not paid cannot be said to have availed themselves of the right to paid leave at all, much like the worker who does not take leave because they would not receive pay;[15] in principle, King and Mr Smith’s case were perfectly aligned.

The remaining hurdle was whether King altered the court’s view of the claim form and the issues it raised. The Court of Appeal held that it did. In essence, the “composite” nature of the legal entitlement to paid leave made issues concerning whether leave was taken or not taken entirely irrelevant; taken or untaken, Mr Smith’s right to paid leave was still violated.  Accordingly, the claim form’s broad assertion that Mr Smith was not given paid leave up to and including the date of termination provided a sufficient basis to found a claim for payment in lieu of all accrued leave as at the date of termination.

The Court of Appeal judgment gives cause for rejoice amongst gig workers with ERA 1996 and WTR 1998 worker status. Employment legislation does not map easily or obviously onto the relationship between gig provider and gig worker. As in Uber, it may be long into the working relationship that workers discover, after legal challenge, that they had a right to paid leave from the outset. The three-month time limit on claims then presents a significant stumbling block to enforcing that right. Had the Court of Appeal stayed the course set by the ET and EAT, many suits for backdated holiday pay would fail for exceeding time limits and employers like Pimlico and Uber would likely have escaped liability. Given the court’s decision, gig workers formerly denied holiday pay can now claim for a rolled-up sum on termination of employment.

Aside from the above, two points of considerable importance emerge from the judgment:

“[99]… The existence of a three-month time limit for bringing claims is a weak basis for inferring that Parliament did not intend to link similar payments occurring more than three months apart: see [81]. Nor is there anything in the history or background to the legislation that supports this reasoning.

[101]… The identification of a sufficient factual and temporal link between deductions will answer the question whether there is a “series” without the need to imply or infer a limit on the gaps between particular deductions relied on as making up the series.”

Although the principle in Bear Scotland survives this Court of Appeal judgment, Simler LJ’s remarks pave the way to its swift demise.

[3] Mr Smith also presented a disability discrimination claim, but this was not the subject of appeal before the Court of Appeal. 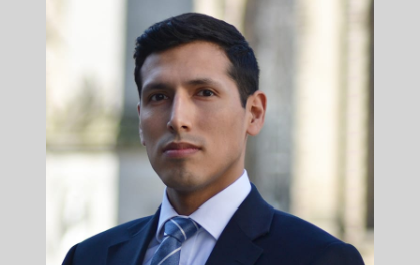