Disability and Amendments: learnings from Piepenbrock

Nicholas Siddall KC reviews the recent judgment of the EAT in Piepenbrock-v-LSE [2021 – EA-2020-000732-BA] (HHJ Shanks) and the approach there disclosed to an application to amend made by a disabled litigant in person.

The Claimant described himself as a “… 56-year-old autistic and disabled former award-winning academic and ‘internationally renowned economist’…”. He was diagnosed with autism spectrum disorder without impairment of intellect or language.

The medical position was one which is sadly familiar in the Employment Tribunal litigation. It was that “[the Claimant] has been suffering psychological difficulties involving depression and anxiety since 2012 which he considers to be the responsibility of the LSE. According to a letter from an NHS clinical psychologist dated 22 May 2017 to which he referred me, at that stage he was continuing to present with a chronic and severe “major depressive disorder” with occasional panic attacks and sleeping problems. The psychologist’s opinion was that his difficulties would continue and possibly increase while legal proceedings were continuing and that the legal proceedings were a “powerful maintaining factor” such that he was not likely to benefit from any psychological treatment at that stage; she stated that she was therefore closing his file “for now” and expressed the hope that the legal process would not take much longer so that Dr Piepenbrock could move forward with his life.”

An allegation of sexual harassment was made against the Claimant (which he denied), and he commenced sickness absence in 2012 having raised a grievance. His employment with the LSE ended in 2014. In 2013 he instructed solicitors. He issued proceedings in 2015 and those (professionally pleaded) claims did not refer to the 2012 grievance.

The Employment Tribunal claim was stayed pending related High Court proceedings and was listed in November 2020 (after the Respondent’s unsuccessful application to strike out in early 2020).

The Application to Amend

On April 24th 2020 the Claimant submitted his application to amend. The application itself ran to 230 pages. Among other things, he sought to add 13 new respondents and to introduce new claims for direct discrimination and harassment based on sex, disability, race and religion, for indirect discrimination based on disability and a failure to make reasonable adjustments, and for personal injury. In particular, he sought to rely on the 2012 grievance. The Employment Tribunal substantially refused the application relying principally on the Claimant’s delay (notwithstanding the lengthy stay pending the High Court proceedings). This judgment was maintained on a reconsideration application.

It was found by the EAT that the Employment Tribunal had made an error of law in a material respect and thus it considered whether the error in that regard vitiated its overall decision. When considering the same the EAT made a series of relevant observations as regards the approach to late amendments involving disabled litigants in person.

“…I can only infer that Dr Piepenbrock’s proferred explanation for not bringing the claims at the outset is not true and that the true position is either that in fact he did not make the formal grievance that he claims he made on 19 November 2012 or that he chose not to raise the issue at the outset of the employment tribunal proceedings for tactical reasons of his own related to his and/or his advisors’ assessment of how the litigation should be run. Dr Piepenbrock suggested in the course of the hearing that as a “neuro- typical” man I am not able to understand how his (autistic) mind works and could not therefore properly reject his explanation for why he had acted in the way he did. It seems to me that I am entitled to draw inferences as to the state of mind of someone with autism if there is a proper basis for doing so, just as judges and juries draw inferences as to the state of mind of all kinds of people every day. In any event, even if Dr Piepenbrock did fail to bring the claims at the outset because he believed he could not do so without documentary evidence, objectively speaking that belief was wrong and it is hard to see that it would be fair to the LSE to allow reliance on it in circumstances like these.”

The balance of hardship

“[the Employment Tribunal] had found that the relevant amendments were lacking clarity and particularisation, that they involved claims which could and should have been brought five years earlier (and which related to events 7 ½ years earlier) and that allowing the amendments would involve significant hardship for the respondent. In those circumstances it seems to me that the only proper outcome of the application to amend was refusal, regardless of the potential additional value of the new claims…”

The facts of this matter are extreme, but they display that (whilst latitude may be afforded to a litigant in person and reasonable adjustments made for a disabled litigant) an overall duty of fairness to both parties applies to an Employment Tribunal when exercising its discretion to allow an amendment. Further inferences may properly be drawn by an Employment Tribunal when conducting the relevant balancing exercise.

Nicholas Siddall KC is a member of Littleton Chambers’ employment team and acts for Claimants and Respondents in significant disability discrimination claims. 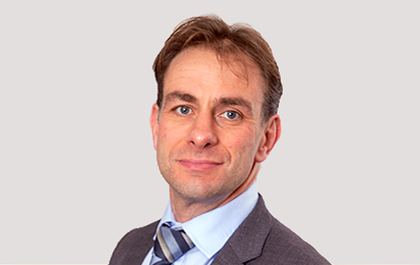