Nicholas Siddall KC addresses the very recent decision of the High Court (Master Davison) in FKJ-v-RVT [2023] EWHC 3 (KB) which considered an issue which is encountered increasingly frequently in practice: what is the position of the employee when their employer seeks to deploy unlawfully obtained WhatsApp material in litigation? The decision is analysed as is its potential application to internal disciplinary procedures of the employer.

The use of ‘WhatsApp’ messages and material extracted from mobile telephones has been an issue which has come before the Courts on a number of occasions. The most recent example was BC-v-Scottish Police [2020] CSIH 62 where a ‘WhatsApp’ group which was operated between Police Officers was the basis of disciplinary proceedings. The ‘WhatsApp’ messages had been obtained through a Police investigation and a judicial review by the officers to prevent their use for internal disciplinary proceedings was refused on the basis that the offensive nature of the communications (coupled with the standards of conduct expected by a serving officer) meant that the officers had no reasonable expectation of privacy as regards their contents. A further example of the use of lawfully obtained material is seen in Garamukanwa-v-Solent NHS Trust [2016] IRLR 476 (EAT), [2017] EWCA Civ 290 (CA) and [2019] IRLR 8 (ECHR).

An example of unlawfully obtained material being permitted to be used as a result of its contents was seen in Nakash-v-MPC [2014] EWHC 3810 (Admin). There an unlawful search by the Police had found ’WhatsApp’ messages which were passed to the GMC and which it was permitted to use as they shed light on an allegation of sexual assault made against a Doctor.

The Facts in FKJ

The facts in this matter were different in that there was no suggestion that the WhatsApp material had been obtained by the Police or other regulatory body. The Claimant had previously issued Employment Tribunal proceedings against her employer alleging sex discrimination. The employer successfully defended those proceedings and did so in reliance on the Claimant’s ‘WhatsApp’ messages which it had obtained post dismissal but prior to the issue of the Employment Tribunal claim. The employer asserted that the messages had been obtained from accessing the Claimant’s work laptop (as she had sought to log in post dismissal) and then in a second tranche when they were received printed out from an anonymous source. The Claimant’s contention was that this was untrue and the employer had ‘’hacked’ her WhatsApp account to gain access to the same.

The Claimant did not seek the exclusion of this evidence in the Employment Tribunal proceedings (see discussion below) and instead chose to bring High Court proceedings as regards the misuse of her private information. In those proceedings the Defendant employer sought a strike out and that application was dismissed by Master Davison. For that reason the judgment did not reach concluded findings on issues of fact and law but the Master made a number of comments which may be helpful to employees in similar circumstances. As the material had been obtained and used post termination there was no direct opportunity to discuss the position if an employer seeks to use such material internally whilst the employment relationship subsists.

The Status of WhatsApp Messages and a Legitimate Expectation of Privacy.

The existence of a legitimate expectation of privacy is fact sensitive and turns on a number of factors. They include the status of the sender and the recipient. The nature of the messages and how they came into the possession of the user is also relevant (per BC, Garamukanwa, Nakash and the recent decision of the Supreme Court in Sutherland-v-Lord Advocate [2021] AC 427).

“3         … They were private messages from the claimant to her partner (now husband), BRB, and her best female friend, KNF. The defendants had come to be in possession of a complete log of the claimant’s chats with BRB from January 2017 through to April 2018 and with KNF from March 2016 to April 2018. It is obvious that they were communications in respect of which the claimant would ordinarily have had a reasonable expectation of privacy. They contained several years’ worth of day-to-day information about her professional, social and private life, including about her health and sex life. Some of the messages and images which she shared with BRB were of the most intimate kind.”

Further the Master held that the fact that the material may be on a work laptop did not affect the expectation of privacy.

“11       … It cannot be seriously contested that the claimant had a reasonable expectation of privacy in her WhatsApp messages. The defendants, at paragraph 13.1 of the Amended Defence, have pleaded that she could not have had a reasonable expectation of privacy or confidence in relation to material saved or downloaded to her work laptop during working hours. But (a) that plea could not apply to the messages which, on the defendants’ case, were apparently intercepted by the writer of the anonymous letters and (b) no explanation or authority has been offered for the proposition that private information downloaded to a work laptop (a very common scenario) thereby loses its private character. Only some 40 or so of the messages (out of very approximately 80,000) were in fact deployed in the Employment Tribunal claim and only about half of those 40 were strictly probative of an issue (and therefore disclosable). In respect of the bulk of the messages, there was no relevance to the Employment Tribunal proceedings and no justification for their retention or use.”

What Should an Employer Do on Receipt of Unlawfully Obtained Material?

The Master was clear that the material should be immediately returned on the facts of this matter, stating as follows:

“11.      … Further, the WhatsApp messages that were, on his case, (a) taken by RVT from the claimant’s work computer in January 2018 and (b) received anonymously on 8 February 2018 both pre-dated the Employment Tribunal proceedings. Given their obvious privacy and given the absence at that time of any proceedings to which the messages might be relevant, he would have come under an immediate duty to notify the claimant and deliver up the messages to her. But he did not do so. Finally, even if those proceedings had by then been on foot, the retention of private communications would still have been prima facie actionable because it would have been an impermissible form of self-help which it is the policy of English law to discourage; see Imerman v Tchenguiz [2010] EWCA Civ 908. The correct course of action would still have been to return the material to the claimant or her solicitors who would then have had disclosure obligations in respect of it.”

The Claimant had initially sought to exclude such messages in the Employment Tribunal proceedings but then chose not to pursue the same stating instead that she would bring proceedings in the High Court. The Master was not at all critical of that decision (see paragraph 16). It was however accepted that an exclusionary application could properly have been pursued albeit its prospects of success were not clearcut.

“16.      It is true that the claimant could have sought to exclude the WhatsApp messages on the basis that the evidence was improperly and unlawfully obtained. Although that would not, of itself, have rendered the evidence inadmissible, the Employment Tribunal would, on well-established principles, have a had a discretion to exclude; see most recently Candey Ltd v Bosheh [2022] EWCA Civ 1103 at paragraphs 96 – 108 …As has often been observed, English courts tend to admit relevant evidence – even when improperly obtained or procured. And plainly the Employment Tribunal regarded at least a small proportion of the WhatsApp messages (the ones which they cited in their judgment) as relevant.”

Relevance of the Implied Undertaking on Disclosure?

The messages had been disclosed by the employer in the Employment Tribunal proceedings. Was it a breach of CPR part 31.22 for the Claimant to seek to use them in the instant proceedings? The Master gave this argument short shrift on a variety of bases. Perhaps the most important of the same being:

“20       … A similar argument based upon CPR rule 32.12 (the equivalent provision relating to witness statements) was given short shrift by the Court of Appeal in Candey v Bosheh; see at paragraph 109. Coulson LJ simply said that, to the extent that permission was required, he would give it. I would say the same here. If the claimant needed permission under rule 31.22, I would give it. But I do not think that she does need permission. These were the claimant’s own documents and they did not fall within the scope of rule 31.22; see Process Development Ltd v Hogg [1996] FSR 45 at 51 – 52. Further, the documents were not disclosed pursuant to an order. They were disclosed voluntarily and for that reason also fell outside the implied undertaking; see Cassidy v Hawcroft [2000] CPLR 624 at 632.”t

As discussed above the decision in FKJ is an in interim decision reached without a full review of the facts. However it asserts the generally private nature of WhatsApp conversations and suggests a series of steps which an employee can take in the employment context. It is also potentially an important decision as the comments as regards the obligation of an employer to return such material may have a possibility of wider application in internal disciplinary proceedings.

Nicholas Siddall KC is a leading employment specialist and accepts instructions on behalf of both Claimants and Respondents/Defendants in all facets of Employment Tribunal and High Court employment related litigation. 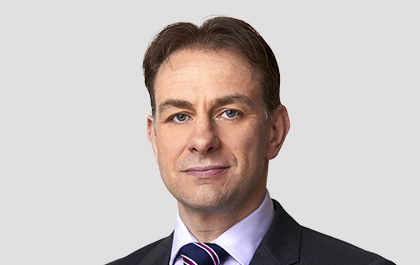