‘Not a mini-trial’: Supreme Court explains the correct approach in jurisdiction challenges

‘the judge will be allowed to study the evidence and refresh his memory of [the legal principles] in the quiet of his room without expense to the parties; that he will not be referred to other decisions on other facts; and that submissions will be measured in hours and not days.’

That proved optimistic, shown by the fact that this warning has had to be repeated on numerous occasions by successive judges. In VTB Capital plc v Nutritek International Corpn [2013] UKSC 5, [2013] 2 AC 337, para 82, Lord Neuberger made the same point:

‘hearings concerning the issue of appropriate forum should not involve masses of documents, long witness statements, detailed analysis of the issues, and long argument. It is self-defeating if, in order to determine whether an action should proceed to trial in this jurisdiction, the parties prepare for and conduct a hearing which approaches the putative trial itself, in terms of effort, time and cost’

That warning also appears to have gone unheeded, for it was repeated by the Supreme Court in Vedanta Resources plc v Lungowe [2019] UKSC 20; [2020] AC 1045 (‘Vedanta’). Lord Briggs explained, para. 9, that jurisdictional challenges frequently involved issues of whether the claim raises a triable issue, similar to summary judgment applications. The two applications are ‘subject to a similar requirement for proportionality, the avoidance of mini-trials and the exercise of judicial restraint, in particular in complex cases’.

Despite all of this, the issue has again raised its head in the Supreme Court, fewer than two years after Vedanta, and on very similar facts, in Okpabi v Royal Dutch Shell plc [2021] UKSC 3 (‘Okpabi’). The judgment, handed down on 12 February 2021, contains useful guidance on the approach to jurisdiction challenges and how to avoid mini-trials in the future.

The claimants, Nigerian farming and fishing communities of around 40,000 people, who had been affected by the pollution and environmental damage caused by the oil spills, sued RDS in England. They sought to join SPDC as a necessary and proper party to the claim (under CPR PD6B, para. 3.1(3)). The defendants challenged jurisdiction.

The challenge was heard at first instance before Fraser J over three days, with over 2,000 pages of witness evidence and eight files of exhibits. The Judge ruled that the claimants did not have a reasonable arguable claim that RDS owed them a duty of care, and dismissed the claim. The claimants’ appeal to the Court of Appeal was also heard over three days, and was dismissed by Sir Geoffrey Vos C and Simon LJ, with Sales LJ dissenting. The claimants appealed to the Supreme Court.

Vedanta: control by a parent company over its subsidiaries

After the decisions of the Judge and Court of Appeal in Okpabi, the Supreme Court decided Vedanta, which was also concerned the test for establishing a duty of care by a UK parent company for the actions of a foreign subsidiary which caused major environmental damage and personal injury. Agreeing with the claimants (who were represented by the same legal team as in Okpabi), the Supreme Court held that the issue depended on whether the parent company availed itself of its opportunity ‘to take over, intervene in, control, supervise or advise the management of the relevant operations (including land use) of the subsidiary’ (para. 49 per Lord Briggs).

Examples of how a parent company might exercise such control include:

Although the guidance in Vedanta did not resolve the issues in Okpabi (despite the court’s hopes), Vedanta was highly relevant to the issues on the appeal.

The proper approach to jurisdiction challenges

In Okpabi, the claimants set out their case for how RDS owed them a duty of care in considerable detail, examining a large volume of Shell public statements and policies, to show that RDS’ subsidiaries were directly accountable to it, and RDS had substantial control over their activities. They adduced evidence from witnesses including former Shell employees. The defendants responded in kind with lengthy witness statements and exhibits.

The Judge and the Court of Appeal analysed the evidence in detail and tested the witness statements against the documents. Both made findings as to whether RDS exercised control over SPDC and whether it owed the claimants a duty of care.

Lord Hamblen, giving the sole judgment in the Supreme Court, held that both courts below had taken the wrong approach and had impermissibly conducted mini-trials. Instead, the Supreme Court held, the proper approach in deciding a jurisdictional challenge should be as follows:

The courts below had erred in rejecting the claimants’ evidence in a ‘mini-trial’ process. Instead, the evidence showed that the claimants had a real triable issue that Shell was organised in a vertical structure, on ‘business and functional’ lines, rather than by respecting the lines between different legal entities in the group. It was arguable that RDS owed the claimants a duty of care. How this operated in practice was disputed and involved triable issues. The appeal was allowed.

The guidance in Okpabi will be relevant to all practitioners acting in cross-border litigation. It explains how the proportionality requirement for jurisdictional challenges works in practice. Where the question is whether there is a real issue to be tried, both parties should keep their evidence and arguments as short as possible. The facts alleged by the claimant should be assumed to be true and the defendant should not try to dispute them (save in an exceptional case where they can be shown to be untrue without cross-examination). Judges should only consider whether the pleaded claim raises a triable issue with a real prospect of success – they should not go any further by evaluating conflicting evidence or testing witness evidence against the documents.

In Vedanta, para. 14, Lord Briggs gave a stark warning as to the possible consequences of ignoring this approach:

‘The fact that it has been necessary, despite frequent judicial pronouncements to the same effect, yet again to emphasise the requirements of proportionality in relation to jurisdiction appeals, suggests that, unless condign costs consequences are made to fall upon litigants, and even their professional advisors, who ignore these requirements, this court will find itself in the unenviable position of beating its head against a brick wall.’ (emphasis added)

It remains to be seen whether these warnings lead to a change in the way jurisdiction challenges are litigated, or whether judges start making costs orders against legal representatives for ignoring the proportionality requirement. 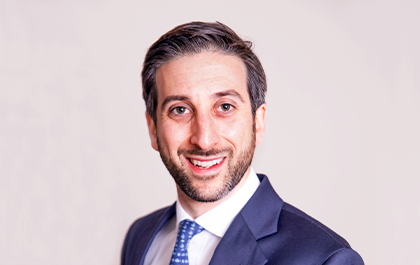