This article first appeared on the Practical Law Dispute Resolution Blog on 30 May 2022 and can be accessed here.

Part 20 offers a convenient mechanism for defendants to seek contribution from third parties under the Civil Liability (Contribution) Act 1978. A common practical issue relates to the position of a contribution defendant when there is a settlement between the claimant and the liability defendant. Reversing a much-discussed first instance decision, the Court of Appeal has clarified the defences open to the contribution defendant in such circumstances.

The claimant had brought a professional negligence claim against his former solicitors and counsel instructed by them.

The court’s view of that claim coloured its overall judgment, so something should be said of it. In short, complaint was made of advice – given in the context of a shareholders’ dispute – to pursue a derivative action rather than to seek just and equitable winding up or to present an unfair prejudice petition. Derivative actions require court sanction before they can be brought. A Deputy Judge of the Chancery Division had refused to sanction the proposed action. He had made clear both at the hearing and in judgment that he was attracted to a just and equitable winding up. There was no appeal of his decision to refuse to sanction the derivative claim. Instead, the claimant changed solicitors. The shareholder dispute eventually settled for payment to him of £65,000. He then pursued his former solicitors (Merriman White) and counsel. After he had discontinued against counsel Merriman White’s liability insurers settled the claim against them for £250,000 and pursued a contribution claim against counsel.

A person who has made or agreed to make any payment in bona fide settlement or compromise of any claim made against him in respect of any damage (including a payment into court which has been accepted) shall be entitled to recover contribution in accordance with this section without regard to whether or not he himself is or ever was liable in respect of the damage, provided, however, that he would have been liable assuming that the factual basis of the claim against him could be established.

At trial, Merriman White persuaded the judge that the effect of this was that counsel’s liability in the contribution proceedings was established without more, and that the only issue was to assess the percentage contribution which he should make. The trial judge further held that the rule against collateral attack of previous judicial decisions precluded counsel from contending that it did not follow from the Deputy Judge’s refusal of permission for derivative proceedings that his advice to pursue such proceedings was wrong. Contribution was fixed at 40%.

Counsel appealed on the basis that Section 1(4) did not relieve the court from the fundamental task of determining whether he had been negligent. Further, it was submitted that the collateral attack doctrine was not engaged by counsel’s defence, having regard among other things to the fact that counsel had not been a party to the derivative action. If that latter contention was accepted, then it was argued that as Merriman White had failed to lead evidence to rebut counsel’s defence that the claimant had been a determined and aggressive litigant who would not have heeded any advice cautioning against bringing a derivative action then the contribution claim was bound to fail on the facts.

The Court of Appeal accepted each of these submissions. Its key findings were as follows.

First, the effect of Section 1(4) of the 1978 Act was to establish that Merriman White were liable provided that the factual basis of the claim against them could have been established. It therefore relieved them of the burden of proving their own liability, having settled the claim against them. By contrast, it did not relieve them of the burden of showing that counsel had been negligent and that that negligence had caused the claimant’s loss (paragraphs 82 to 89, judgment).

Second, the doctrine of collateral attack as articulated in Secretary of State for Trade and Industry v Bairstow did not apply to the defence being advanced by counsel. A professional lawyer who had conducted litigation was not bringing justice into disrepute by “challenging” a judicial decision in that litigation. Moreover, counsel was not contending that the Deputy Judge’s decision had been wrong, merely that other judges might well have sanctioned a derivative action (paragraphs 90 to 95, judgment).

Third, on the facts and once the two absolute bars that the judge had applied to counsel’s defence were removed, the case of negligence against counsel failed. It had been demonstrated by other decisions and was in any event the case that other judges would have sanctioned a derivative claim, so the advice to pursue that route was well within the bounds of non-negligent advice. Merriman White had sought to meet that point with a respondent’s notice, arguing negligence comprising a failure to warn of the risks of sanction not being granted, but this had not been a pleaded claim.

Beyond these fact-sensitive points, in establishing liability Merriman White faced the fundamental problem that the stance they had taken at trial was that they had no need to prove causation in fact. They had not called the claimant to give evidence. There was therefore nothing bar some brief evidence from a fee earner at Merriman White to show what the claimant would have done had a warning been given, or to rebut counsel’s defence based on the claimant’s approach to the shareholder litigation. As such the claim would fail on causation grounds unless a retrial was ordered and Merriman White allowed to lead different evidence. The Court of Appeal refused to permit this, so the claim failed.

The first instance decision raised serious concerns for defendants to contribution proceedings and more broadly for parties at risk of being one of a series of defendants against whom an action in respect of the same damage might be brought.

One practical effect of the decision was that all potential defendants were to a degree hostage to any settlement that another defendant or potentially liable party might reach with a claimant.

While the decision attracted most attention in the professional liability field, its greatest impact was arguably elsewhere. Most professionals carry insurance. Many other potential defendants do not. The first instance decision made it a matter of particular concern for defendants in multi-party actions if one of their number was impecunious and uninsured. The risk was of such defendants settling against the claimant and using the deemed liability provisions to pursue contribution proceedings without having to prove any claim in full. As that approach would on the judge’s findings also relieve the claimant of the burden of proving its claim at trial, then such settlements became very attractive to claimants as well. The court’s judgment establishes – subject to any further appeal – that there is no such shortcut to establishing liability.

The ensuing clarity is to be welcomed. The decision also respects basic principles of procedural fairness. It was startling to see that where a claimant had discontinued a claim against a defendant another party was deemed by virtue of a settlement with the claimant to succeed in substantively the same claim against the same defendant.

Nevertheless, the question that follows from the decision is how a defendant intending to settle an action but having a good arguable claim for contribution against a third party should best proceed. The court recorded the concerns in the professional liability market about how viable such claims could be, depending on their decision. The court’s eventual decision underlines that tactical judgments about how best to protect and then mount a contribution claim will be fact-sensitive. That may not be welcome to all. It is nevertheless worth underlining that the judgment does not condemn defendants seeking to resolve claims promptly to doing so without a realistic chance of recovering contribution later. Indeed the judgment does not call into question the basis of any of the three options that it is generally useful for such defendants to consider: 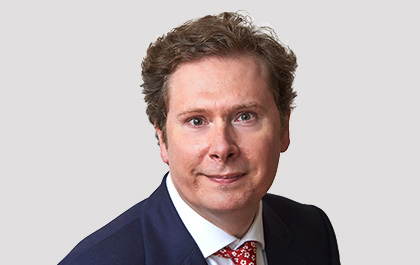