Riders Not Workers: Status and the Decision in Deliveroo

Unlike last night’s fixture, substitution proved to be the key to success for Deliveroo’s contention that its riders were not workers in Independent Workers Union of Great Britain v Central Arbitration Committee and Deliveroo [2021] EWCA Civ 952.

This result appears to run counter to the apparent trend of extending employment protections, primarily through findings of “worker” status, to the gig economy. Why, then did Deliveroo reach a different result to Uber, and are there any wider lessons to be drawn from this episode?

The Case in Deliveroo

Unlike the other principal cases that have considered the employment status of gig economy workers, the underlying litigation in Deliveroo was not an employment tribunal case involving named Claimants asserting a particular status to claim personal employment rights. Rather, it was an application made to the Central Arbitration Committee by the Independent Workers Union of Great Britain (IWGB), a trade union, to be recognised as the relevant union for collective bargaining purposes in a particular Deliveroo delivery zone.

The Central Arbitration Committee decided that the individuals for whom the IWGB sought recognition as the relevant trade union were not workers. In particular, the relevant contract under which the riders were engaged provided them with a relatively unrestricted right to engage a substitute to perform any accepted work. Although substitution was a relatively rare occurrence, the CAC heard evidence, and accepted, that it did take place on occasion in practice and was a genuine right rather than merely an artificial device to defeat a claim. This, in the CAC’s view, was ‘fatal to the Union’s claim’: a worker is required to engage in personal performance, and the existence of a genuine right to engage a substitute was fatal to that contention on these facts.

No formal right of appeal lies against a decision of the CAC under the statutory recognition procedure. Any challenge to its conclusions has to be brought via Judicial Review proceedings. The IWGB were granted permission to bring such proceedings on only one ground – whether Article 11 of the European Convention on Human Rights (the right to freedom of association, including ‘the right to form and join trade unions’) required an expanded interpretation of the definition of “worker” under this legislation that did not cause cases such as these to require personal service so rigidly.

The Court of Appeal, like the High Court, concluded that there was no requirement to interpret the definition of “worker” more widely for the purposes of Article 11, and on that basis, the conclusion that was reached by the CAC was one that was open to it.

This is an unusual case, and it is worth treating it with considerable caution. The Court of Appeal’s decision is about the extent to which Article 11 required a more expansive definition of “worker” when dealing with trade union rights, rather than any wider consideration of the nature and extent of worker status in the gig economy.

In particular, the Court of Appeal was not concerned with whether the CAC’s findings of fact about the right to perform work via a substitute were correct. The Union was not granted permission to challenge these in the JR proceedings. More importantly, the CAC’s decision (and, it appears, the decision to grant limited permission to bring JR proceedings) predated the Supreme Court’s decision in Uber and ors v Aslam and ors [2021] UKSC 5. The Court of Appeal (Underhill LJ giving the lead judgment) went out of its way to avoid expressing any view either way on whether it would have allowed a broader challenge to the CAC’s findings. Indeed, Coulson LJ, in a short concurring judgment, expressly held out that ‘there may be other cases where, on different facts and with a broader range of available arguments, a different result might eventuate’, and went on to identify a number of factors that indicate that this decision might be of relatively limited applicability.

This case is therefore unlikely to be one that advances the debate about employment rights in the gig economy particularly far, nor should it be viewed as deviating from the Supreme Court’s approach in Uber. However, it does restate, in terms that go beyond simply this particular case, the principle that a genuine and broad right to appoint a substitute can (in the right case) defeat the requirement for personal service essential to worker status. 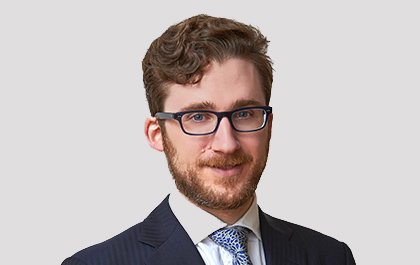