On 13.11.20 the Court of Appeal handed down judgment in the case of Nwabueze v University of Law Ltd & others [2020] EWCA Civ 1526 in which Charlotte Davies acted for the successful respondents.

The issue on appeal was whether the University of Law Ltd was a qualifications body for the purposes of s.53 Equality Act 2010 (“EqA”), in circumstances where it was also a university within the meaning of s.91 EqA.  This was relevant to the proper forum for the claim as if it was a qualifications body, the University of Law Ltd could be sued in the Employment Tribunal whereas claims against universities under the EqA must be brought in the County Court.

In the Employment Tribunal the claimant’s claim had been struck out on the basis that it did not have jurisdiction to hear the claims because claims against a university must be brought in the County Court. The EAT dismissed the appeal against this decision.

In the Court of Appeal the claimant argued that:

The Court (Bean LJ, Asplin LJ and Lewis LJ) rejected both arguments. It held that the Employment Tribunal had been right to find that the University of Law was a university within the meaning of s.91(10) EqA, and that pursuant to s.54(4)(c) EqA this meant it could not also be a qualifications body for the purposes of s.53 EqA. As a result, the claimant could not bring his claims in the Employment Tribunal.

In its judgment the Court held:

“It is a feature of the Equality Act 2010 that (with the exception of equal pay) it tends to separate jurisdiction into watertight compartments. Allegations of discrimination in employment covered by Part 5 of the Act are within the exclusive jurisdiction of the ET by virtue of s 120. Allegations of discrimination in contravention of Part 6 of the Act dealing with education are among those within the exclusive jurisdiction of the County Court by virtue of s 114(1). An employment tribunal cannot hear a claim which is not within its jurisdiction, however convenient it might be to do so. Jurisdiction cannot even be conferred by consent.

As Ms Davies submits on behalf of the Respondents, were it to be held that the effect of the words “in so far as” in section 54(4) as applied to subparagraph (c) is that the University of Law Ltd can be both a university and a qualifications body at the same time – or, more accurately, that its governing body is the governing body of both a university and a qualifications body – the consequences would be on the issue of any claim that one would have to identify in which respects it was acting as one and in which respects it was acting as the other. The degree course for which the Appellant was studying included seven modules which were compulsory in order to meet the requirements of the Solicitors Regulation Authority’s Legal Practice Course, and two additional modules which were not so required. It would, in Ms Davies’ words, be chaotic if the Appellant had to divide his complaints by reference to particular modules, claiming in relation to the seven compulsory modules in the ET and at the same time claiming in the county court relating to the rest.” 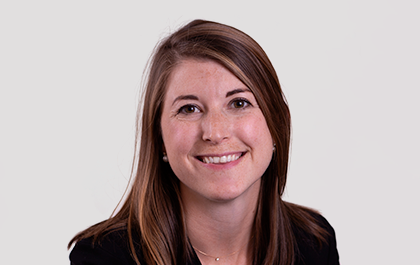