The Supreme Court has refused permission to appeal in the final saga of the long-running Okedina v Chikale litigation. In August last year, David Reade QC and Grahame Anderson successfully represented Ms Chikale before the Court of Appeal. The case looks at the issue of the impact of illegality, through lack of immigration status, on the claims of a domestic worker who claimed to be the victim of trafficking. David Reade QC and Grahame were instructed by Freshfields Bruckhaus Deringer, who together with David and Grahame acted pro bono.

Ms Chikale (“C”) came to the UK and was made to work long hours, seven days a week. Throughout the entirety of her employment in the UK she received only £3,300. Her employer (“R”) kept her passport and made false representations to the immigration authorities in the process of obtaining and then in attempting to renew C’s domestic worker visa. C’s leave to remain expired on 28 November 2013, but R told her that matters were in hand to renew her visa. When C asked for more money she was summarily dismissed and ejected from R’s home. With the assistance of the Salvation Army and then Freshfields, David and Grahame, C was successful before the ET in claims of unfair and wrongful dismissal, unlawful deductions, failure to pay National Minimum Wage, unpaid holiday pay, breaches of the WTRegs 1998 anf failures to provide written particulars and payslips. C was awarded £72,271.20.

The main issue in the appeal was whether or not ss. 15 and 21 of the Immigration Asylum and Nationality Act 2006 (“the Act”) prohibited C’s contract of employment such that it was unenforceable by her. To paraphrase, the Act provides for civil and criminal penalties on an employer who continues to employ an adult subject to immigration control if their leave to remain has expired. R’s case before the Court of Appeal was that it was a necessary implication of the Act that C’s employment contract was prohibited and thus unenforceable.

There was also an issue as to whether or not the contract was unenforceable at common law, applying the reasoning of the Supreme Court’s judgment in Patel v Mirza [2016] UKSC 42

The Court of Appeal (Underhill LJ, Vice President of the Civil Division, giving the lead judgment with which Davies and Nicola Davis LJJ concurred) rejected R’s submission, thus upholding the judgments in the ET and EAT.

The Court framed the question as whether an intention can be inferred from the Act that a contract of employment such as C’s should be unenforceable where the employee does not have the appropriate immigration status. It accepted R’s submission that the mischief targeted by the Act was indeed the suppression of illegal working and was not an Act designed to protect migrant workers (thus distinguishing the case from the older authorities concerning statutes that were designed to protect vulnerable classes of person). However, the Court said:

‘there is a well recognised problem of vulnerable foreign nationals being brought to this country for exploitation of various kinds: usually, though not of the essence, they will be victims of trafficking within the meaning of the Anti-Trafficking Convention…’ (para. 48).

Noting that an overstayer can be genuinely mistaken about their immigration status (as well as misled), the Court held that it was not Parliament’s clear intention to render unenforceable the employment contract in these circumstances.

It also rejected the Patel v Mirza-based argument that, since performance of the contract required the parties to act illegally, it was unenforceable at common law as a matter of public policy. The Court of Appeal accepted David’s submission that the law requires an Employment Tribunal to take a broad analysis of the individual facts of a case and that, in any event, the facts of the case made the outcome obvious.

This is an important and welcome case for those acting for vulnerable migrant workers. The illegality defence is often run in such cases, and the Court of Appeal has made clear that Courts and Tribunals should be “very slow” to conclude that that the specific statute under consideration in this case but also the statutory scheme more broadly gives rise to a situation in which the “blunt weapon of statutory illegality requires to be deployed” (para. 49). That is particularly so given the latent potential for employers to run a common law illegality defence.

The facts of the case, while stark, are sadly too common. David and Grahame were delighted to act pro bono for Ms Chikale in this appeal instructed by Freshfields. David also acted for the successful Appellant in Hounga v Allan [2014] UKSC 47 before the Supreme Court, instructed by the Anti Trafficking and Labour Exploitation Unit. 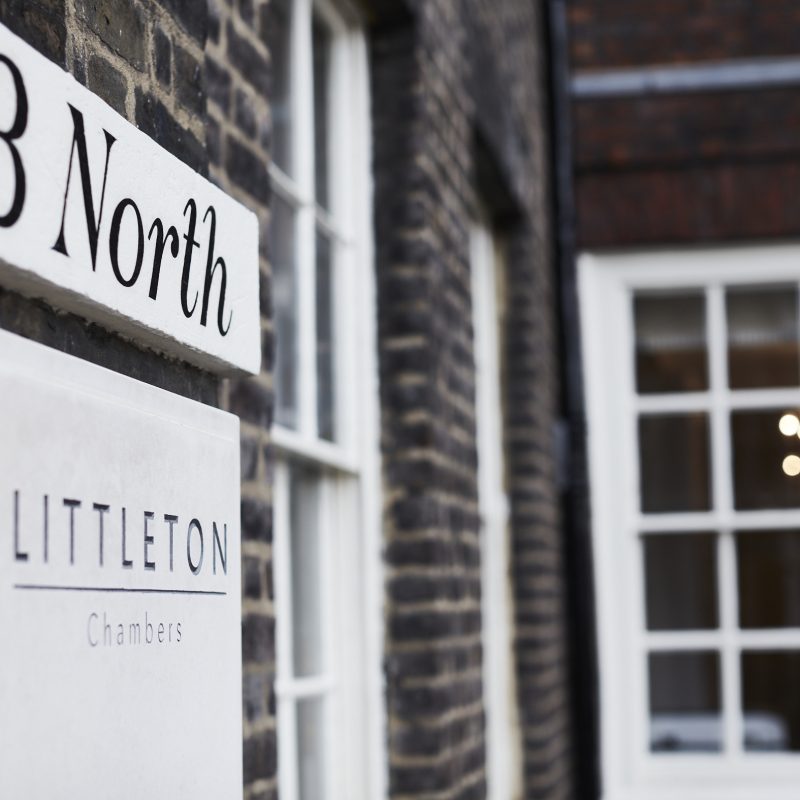