‘Just and Equitable’ Extensions of Time: Assessing the Merits

In Kumari v Greater Manchester Mental Health NHS Foundation Trust [2022] EAT 132, the EAT has held that an employment tribunal may, at a preliminary hearing, take into account its assessment of the merits of a claim when deciding whether to extend a limitation period on the ‘just and equitable’ basis or to allow an amendment.

Claims prima facie out of time and subject to amendment

The claimant presented complaints of race discrimination. In her claim form, she referred in vague terms to numerous incidents and allegations. All had been presented after the expiry of the primary three-month time limit. Accordingly, a judge ordered the claimant to particularise her complaints and listed a preliminary hearing to determine whether, under s. 123(1)(b) of the Equality Act 2010, the limitation period should be extended on the ‘just and equitable’ basis.

At the preliminary hearing, the tribunal, after hearing evidence from the claimant, held that it was not just and equitable to extend time, and refused to grant permission to amend the claim. In so deciding, the tribunal took into account on the ‘just and equitable’ question that “the claim does seem to be very weak”; and on the amendment application, it factored in that the proposed new allegation also appeared to be “a weak claim”. The tribunal stopped short (understandably: because it was not faced with a strike-out application) of finding that the claims had no reasonable prospect of success.

The decision on appeal

The tribunal’s assessment of the merits was not, of course, made after it had heard all, or indeed any, of the substantive evidence which it would hear at a final hearing. Nonetheless, the EAT (HHJ Auerbach sitting with members) upheld the tribunal’s decision. The essential reasoning of the EAT was principled, pragmatic and worth quoting in full, as follows.

As to the ‘just and equitable’ test, the EAT held:

As to applications to amend, the EAT held:

After a careful review of the authorities cited to it, the EAT found nothing which required a different approach to that set out in the passages quoted above.

It may be predicted that employment judges will henceforth find citations of Kumari to be a common refrain in the submissions they hear on applications for amendment and for extensions of time. Although the reasoning in Kumari is perhaps unsurprising given the well-established proposition that on such applications “there is no necessarily definitive or exhaustive list of considerations that a tribunal may or must regard as relevant or irrelevant”,[1] it is likely to be relied on to argue that the strength or weakness of a claim should be actively considered when a party seeks to extend the limitation period or to amend.

The key point in making such arguments will be to anchor them in specific and identifiable features of the pleadings, evidence or other material before the tribunal. Kumari does not open the door to mini-trials, nor does it endorse a tribunal expressing a “general view” of the merits unsupported by any “reasoned basis”.[2] The usual caveats about summary disposals of discrimination claims remain. But if there is a rational argument to be made about the prospects of a claim succeeding, this factor should not now be held to be irrelevant. 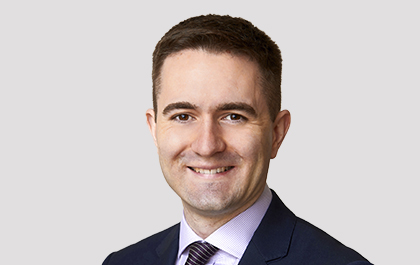