True Faith – is support for your Club a protected characteristic?

The team I follow – Newcastle United (yes, I know) – has a fanzine devoted to it called “True Faith”. And for many on Tyneside, as throughout the country, as throughout the world, the team they support and to which they devote so much of their lives is indeed the One True Faith. Not legally speaking however; or at least not if the club in question is Rangers.

Here is the judgment of the Employment Tribunal in McClung v Doosan Babcock Limited and ors:

The judgment of the Employment Tribunal is that the claimant’s belief in supporting Rangers Football Club does not amount to a philosophical belief within the meaning of section 10(2) of the Equality Act 2010 and cannot be relied upon by the claimant as a protected characteristic for the purposes of claiming discrimination under the Equality Act.

The jokes write themselves, of course: but why isn’t a person’s allegiance to a particular football club protected by the Equality Act when, say, “ethical veganism” (Casamitjana Costa v League Against Cruel Sports) is?

Mr. McClung’s story will not be unfamiliar to the ardent football-going Brit: at eight years old he went to an Old Firm derby at Ibrox with his dad and, now a middle-aged man, has been “hooked” ever since. He’s a member of the supporters’ club and has been for decades. He spends most of his disposable income on attending games, most home games with some away and cup games. He ‘wakes up “buzzing’’ on match days and enjoys the build up to the games. [He] believes this is a way of life and creates lasting memories, for example, with him and his father, and with him and his son.’ He never misses a game: if he can’t attend in person he will watch elsewhere.

Obviously, too, such devotion to one of the big Glasgow clubs carries with it a certain political colour. In this case, Mr. McClung ‘described himself, and most Rangers’ fans, as caring passionately about the UK and having loyalty to Northern Ireland and the Queen. He had heard sectarian mocking of the Rangers Ibrox disaster in 1971 where 66 people died, knew of violence on Old Firm match days and had heard sectarian comments and songs’. He said, no doubt entirely sincerely, that supporting Rangers was as important to him as going to Church might be for religious people. Indeed, it might fairly be said of the UK that the love of football is a far more important force in the national life than any organised religion.

Naturally, the ET referred itself to Grainger plc v Nicholson [2010] IRLR 4 and the ECHR Code of Practice. It noted that the Explanatory Notes to the Equality Act itself include the following: ‘Beliefs such as humanism and atheism would be beliefs for the purposes of this provision but adherence to a particular football team would not be’.

The test for a putative “philosophical belief” is:

One issue was determining what, in fact, Mr. McClung actually believed. The ET declined in the absence of direct evidence to find that the vast majority of Rangers fans were Unionists with avowed loyalty to the monarchy but that, in any event, would noy have been integral to supporting Rangers. It defined his belief as “being a supporter of Rangers Football Club”. Perhaps the oddness of that definition in the context of identifying a philosophical belief belies that fact that there is no “belief” inherent in supporting a particular football club as opposed to any other.

But that belief, such as it was, was not a philosophical one:

It was also not a belief as to a weighty and substantial aspect of human life and behaviour. It was something from which the claimant and thousands of other Rangers fans derived enjoyment as part of their own lives but “had no larger consequences for humanity as a whole”.

While his belief was genuinely held, it failed at the other hurdles too. In particular, while the claimant’s support for Rangers was to be “respected” in the sense that it was for him to decide what he does with his life, that was not of the same character: ‘was not persuaded however that support for Rangers Football Club invoked the same respect in a democratic society as matters such as ethical veganism or the governance of a country, both of which for example have been the subject of academic research and commentary’.

Had things gone differently, it might have led to strange and unwanted consequences too: would football-related banter at work amount to unlawful harassment contrary to the Equality Act? Would pubs banning away supporters on match days become unlawful under the services provisions of the Act? Might requiring boxing referees to wear black and white stripes amount to indirect discrimination against Sunderland fans? Deeply serious questions.

Ultimately the decision is not surprising, but it reflects the fact that despite the centrality of something to a person’s life and to the way in which they may define their own identity, that does not of itself constitute a protected characteristic. 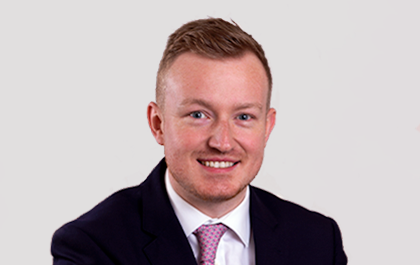