As litigators we are accustomed to drawing out inferences from the documents and oral evidence presented at court.  Cases, particularly those involving fraud, are often drawn from building a picture where inferences help fill small gaps left by the express evidence.  In a recent High Court decision, Sinha v Taylor & Ors [2022] EWC 1096, Mr Simon Colton QC considered when an inference could be drawn by a failure to provide documents in disclosure and a failure to adduce witness evidence.  This is a helpful reminder that even an absence of evidence does not automatically lead to an adverse inference.  The reason why the absence has occurred is relevant.

The situation in relation to an absence of witness evidence was addressed by the Supreme court in Royal Mail Group Ltd v Efobi [2021] UKSC 33, at para 41, with Lord Leggatt espousing a common-sense approach which takes into account relevant factual considerations:

“The question whether an adverse inference may be drawn from the absence of a witness is sometimes treated as a matter governed by legal criteria, for which the decision of the Court of Appeal in Wisniewski v Central Manchester Health Authority [1998] PIQR P324 is often cited as authority. Without intending to disparage the sensible statements made in that case, I think there is a risk of making overly legal and technical what really is or ought to be just a matter of ordinary rationality. So far as possible, tribunals should be free to draw, or to decline to draw, inferences from the facts of the case before them using their common sense without the need to consult law books when doing so. Whether any positive significance should be attached to the fact that a person has not given evidence depends entirely on the context and particular circumstances. Relevant considerations will naturally include such matters as whether the witness was available to give evidence, what relevant evidence it is reasonable to expect that the witness would have been able to give, what other relevant evidence there was bearing on the point(s) on which the witness could potentially have given relevant evidence, and the significance of those points in the context of the case as a whole. All these matters are inter-related and how these and any other relevant considerations should be assessed cannot be encapsulated in a set of legal rules.” (emphasis added)

Applying this approach in Sinha v Taylor led Colton QC to draw an adverse inference in circumstances where no statements or witness summaries had been provided, no application been sought to adduce evidence without statements and where there was relevant evidence which the individuals could give and they had been indicated as intending to give evidence at the case management stage.

The situation in relation to drawing inferences from an absence of documents is slightly different but still a matter, ultimately, of common sense.  The Claimant in Sinha v Taylor sought to rely on the observations of Arden LJ in an insolvency case, Wetton v Ahmed and ors [2011] EWCA Civ 610 at para 14:

Applying the approach from that case Colton QC concluded that it was not appropriate to draw an adverse inference from the absence of documents in the Defendants’ disclosure where they had asserted (from the earliest stages including in the disclosure certificate) that the documents were no longer under their control having passed across to the liquidator.  Having asked the liquidator what documents could be adduced no adverse inference could be drawn from the Defendants failing to adduce documents which were not within their personal control.

Interestingly Colton QC was also not persuaded to draw an adverse inference from a failure to adduce personal documents such as text messages.  On this point his reasoning was that the material may not have been disclosable on any identified issue for disclosure.  While the failure to disclose was suspicious it was not ‘clear cut’ that the actions of the defendants were improper so as to make it appropriate to draw an adverse inference. 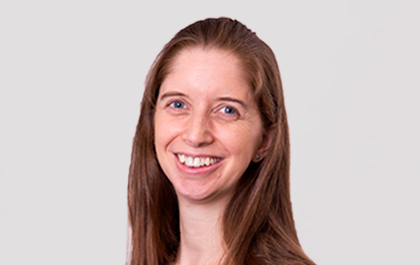