In the recent decision of Jinxin Inc v Aser Media PTE Ltd and others [2022] EWHC 2856 (Comm) the Commercial Court (Simon Salzedo KC sitting as a Deputy Judge) has highlighted that although the tests for confidentiality and privacy both have a similar objective element, privacy and confidentiality should not be equated. This judgment also casts doubt on the decision in Simpkin v The Berkeley Group Holdings plc [2017] EWHC 1472 [§§31-41].

In 2016 Jinxin purchased 65% of the issued shares in ‘MPS’ for a sum of circa USD661 million under a share purchase agreement (SPA) from some of the defendants, who retained shares in MPS after the SPA transaction completed. MPS was the holding company for a group of companies which carried on business as a sports rights agency. MPS was involved in the acquisition, sale and licensing of international broadcasting and media rights for various sporting events around the world.

From around 2018 onwards, MPS and its subsidiaries entered into a variety of insolvency proceedings and many have been declared bankrupt or wound up.

Jinxin claims that it was induced to enter into the SPA and proceed to completion by fraudulent misrepresentations. It consequently seeks, amongst other things, to rescind the share purchase agreement and recover the amount it paid for the shares. The defendants deny the claims in full.

Jinxin alleges that because MPS was experiencing financial difficulties it took steps to collect and preserve data that would enable it to investigate the causes of MPS’s difficulties. Such data included data that had been stored on MPS’s systems by some of the defendants.

Jinxin’s evidence was that, in order to reduce the risk that Jinxin’s legal team would review privileged documents, a separate legal team performed keyword searches which were thought likely to identify documents in which the defendants might claim privilege. Such emails were then quarantined and not reviewed by anybody.

In its application, Jinxin sought a final declaration to the effect that the defendants were not entitled to claim any privilege against Jinxin in relation to any documents that were held on MPS’s computer systems.

Jinxin’s argument was that the defendants could not have had any reasonable expectation of privacy in the data stored on MPS’s systems and that such data was therefore not confidential as against Jinxin. As confidentiality is an essential prerequisite for a claim of privilege, the defendants were not entitled to assert privilege over the quarantined documents.

Although it was submitted that the touchstone of confidentiality was a reasonable expectation of privacy (as accepted in Simpkin), the Court did not agree [§37]. The Court specifically noted that although the tests for confidentiality and privacy both involved a similar objective element based on reasonable expectations, privacy and confidentiality should not be equated [§38]. The reasoning behind this conclusion was that although both tests may lead to the same answer, this is not necessarily so. This is because the tests rest on different legal foundations and protect different interests [§29].

The Court held that it was more helpful to consider confidentiality on the basis set out in Coco v AN Clark (Engineers) Limited [1968] FSR 415, rather than to attempt an analysis which starts from the reasonable expectation of privacy and move from there to confidentiality [§37].

The Court noted that confidentiality itself is not simply a quality which information either has or does not have, but rather a relationship between information, persons and uses [§45]. Accordingly the question of confidentiality is not limited to a binary answer [§40]. The relationship must be identified from all the circumstances which indicate to a reasonable person what, if any, kinds of use a person is or is not entitled to make of the information [§45].

One of circumstances considered by the Court was MPS’s employee handbooks which implied that staff could use the company systems for private communications, but that MPS reserved the right to monitor/access material on its servers “where necessary”. The Court noted that although staff would have been aware that MPS could access data on its servers; they would not reasonably have understood that MPS was entitled to search such data for private information with a view to using that information for any purpose whatsoever. MPS’s ability to access information might however narrow the scope of what counted as misuse of confidential information, but it did not negate any idea of confidentiality at all. [§§67-69]

A further factor the Court considered was that a reasonable person would be taken to know of the strong policy of the law in favour of legal privilege as a substantive right which is rarely overridden. As such the reasonable person would assume that the company’s right to monitor/access data on its servers would not extend to exploiting otherwise privileged material for the benefit of a person with an adverse interest to the privilege owner. [§72]

The Court ultimately did not grant the declaration, finding that any putative privilege that might exist in the relevant documents had not been lost. In the application, the Second Defendant (MPS) was represented by Nicholas Goodfellow (2009 call), instructed by Kingsley Napley LLP. 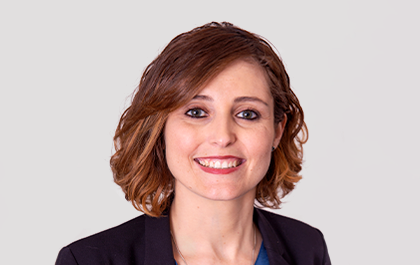