Employment Tribunals: Interim Relief and the Equality Act 2010: Court of Appeal Declines to Extend the Relief

For a few months, a radical change to employment law practice appeared to be in prospect.

Last December, the Employment Appeal Tribunal (Cavanagh J) left the door open to the remedy of interim relief being extended to claims under the Equality Act 2010. Such an extension would have had wide-ranging consequences for the employment tribunals. As Cavanagh J observed, if claimants were entitled to seek interim relief in discrimination cases, “the ability to bring such claims will affect the balance of power, so to speak, between claimant and respondent” in employment litigation.[1] The shift, if it ever transpired, would be fundamental.

But a unanimous Court of Appeal[2] has now made clear that interim relief is not available in claims brought under the 2010 Act.

The appeal to the Court of Appeal

In the EAT, the non-availability of interim relief was challenged on both EU law and human rights grounds. The EU law grounds (based on the principles of effectiveness and equivalence and also on an alleged violation of fundamental principles of EU law) had not persuaded Cavanagh J and were not pursued in the Court of Appeal.

The human rights grounds had had greater success before Cavanagh J. He held that the absence of interim relief in discrimination and victimisation cases breached Article 14 (prohibition of discrimination) of the European Convention on Human Rights when read with Article 6 (right to a fair trial). It will be recalled that the finding of a breach flowed in significant part from the Government’s failure to intervene and advance a justification argument in the EAT.

Cavanagh J was, however, constrained to dismiss Mrs Steer’s appeal because, as he found, he could not read words into the 2010 Act to remedy the breach and the EAT has no power to make a declaration of incompatibility under the Human Rights Act 1998.[3] Unsurprisingly, he granted permission to appeal to the Court of Appeal, which would have the power to make a declaration if it saw fit.

Accordingly, the only outstanding challenge was that “the unavailability of interim relief in discrimination claims involving a dismissal amounts to unlawful discrimination in breach of Article 14 when read with Article 6, Article 8 [right to respect for private and family life] or A1P1 [protection of property]”.[4]

Infringements of Article 14: the four-stage approach

The Court of Appeal applied the “classic” four-stage approach to the question of whether Article 14 had been breached, set out by the Supreme Court in R (Stott) v Secretary of State for Justice.[5] In summary, the four criteria are:

The Government took part in the Court of Appeal. Its argument was that the appeal should be dismissed because each of the four above criteria was not met and that, even if there was a breach, Cavanagh J had been right to hold that a conforming interpretation of the 2010 Act was not possible.

The Court of Appeal’s decision

In dismissing the appeal, the Court approached the four stages as follows.

The case did not fall within the ambit of Article 6 since that Article is not concerned with the substantive content of domestic law (such as the remedies available in discrimination cases) but with procedural fairness and the integrity of the justice system.[6]

The Court declined to decide the “less clear cut” question of whether the case was within the ambit of Article 8, but assumed it was and proceeded to base its decisive reasoning on stage 2.[7]

Did she nonetheless have “other status”? The Court of Appeal answered in the negative. The status suggested was the status of being a litigant in a particular kind of claim. Relying on House of Lords dicta in R (Hooper) v Secretary of State for Work and Pensions,[9] the Court of Appeal held:

“The reason why a claimant in a discrimination case cannot claim interim relief is because she has not brought one of the small and select group of substantive claims in which Parliament has conferred jurisdiction on the ET to grant interim relief. The fact that a particular remedy is available in litigation of type A but not of type B does not constitute discrimination against the claimant in a type B case on the ground of her status as a type B claimant.”[10]

That was enough to dispose of the appeal.

Stages 3 and 4: analogous situation and justification

Though strictly obiter, the remainder of the Court of Appeal’s analysis demonstrates that the appeal would also have failed at stages 3 and 4.

First, Mrs Steer contended that she was in an analogous situation with dismissed whistleblowers (who can seek interim relief). If they were in analogous situations, it would be necessary to show that she was less favourably treated than the whistleblower in the remedies available to each. Here, the Court of Appeal referred to the “package principle”, which requires the court to look at the question in the round.[11] It was clear that, as regards their remedies “package”, discrimination claimants were not less favourably treated than their whistleblowing counterparts. Indeed, there was some suggestion that the package was more favourable under the 2010 Act (e.g. the more lenient just and equitable test, the shifting burden of proof, the looser test of causation and the existence of injury to feelings awards).

Second, in any event, the Court of Appeal would have accepted the Government’s justification arguments. After reviewing the legislative history of interim relief, the Court concluded that Parliament had chosen to limit the cases in which interim relief was available.[12] Giving due weight to that choice and given that “very substantial changes in the way ETs work” would follow if interim relief was extended,[13] the difference in treatment was justified.

It remains to be seen whether the issue will be taken to the Supreme Court, but, at least for now, practitioners may be assured that employment law practice will not be turned on its head. There remains an important question as to whether or not interim relief (or something like it) should be made available in cases of (alleged) discriminatory and other dismissals. The Court of Appeal itself acknowledged the familiar problem of delays in the tribunal system:

“One of the least satisfactory features of the ET system is that an unfairly dismissed claimant whose case is fought to a finish has no interim remedy available, but must wait many months for a hearing and an order for compensation. In many cases this causes serious hardship, and justice delayed is justice denied. One way to reduce the frequency of such injustices would be to devote greater resources to the ET system. Another would be to make some form of interim relief, not necessarily exactly on the s 128 model, available for all types of unfair dismissal; a third would be to make it available but only in cases of unfair dismissal said to involve discrimination.”[14]

But, in the Court’s firm view, these are decisions for the legislature. The revolution, if it is ever to come, seems a significantly more distant prospect than before. 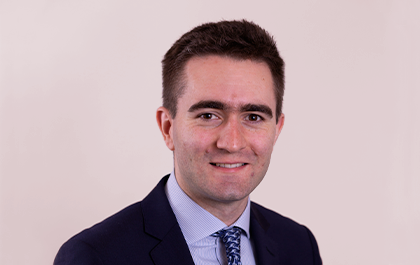