Should I play or should I go? Variation of player contracts and repudiatory breach in the context of Covid-19

The financial hardship which many professional sports clubs are facing as a result of the sweeping restrictions to live sports imposed due to Covid-19 has been widely reported.[1] Although significant steps have recently been taken towards the restart of sports such as cricket, football and rugby,[2] this will not necessarily ease financial pressures, since restarts will initially be behind closed doors, without ticket and other matchday revenue, and with the added logistical and economic burden of testing and biosecurity. Moreover, those clubs which have furloughed their players[3] will be forced to remove that status as players resume training and ultimately playing.[4]

In this context, many clubs may consider whether there is a continued or a fresh need for pay cuts to be taken by players. Many such cuts have been agreed across sports and around the globe. Agreement has not always been forthcoming however, with various La Liga clubs, including Barcelona, unilaterally imposing pay cuts of up to 70% under national legislation.[5]  More recently, three Queensland Reds rugby players, Izack Rodda, Harry Hockings and Isaac Lucas, refused to agree pay cuts and when they were stood down by the club as a result, they each terminated their contracts alleging repudiatory breach.[6] This article explores the options for clubs and players when talks aimed at achieving a negotiated contractual variation break down.

In relation to an implied agreement with players, the courts have indicated that in some circumstances employees may impliedly accept variations in their contracts by continuing to work under new terms.[7] In the leading case of Abrahall v Nottingham City Council,[8] the Court of Appeal confirmed that this implied acceptance could extend to pay cuts; however, it emphasised that such implied acceptance would have to be unequivocal and that the court would be slow to find such agreement in circumstances such as a pay cut where the variation is clearly to the detriment of the employee. In that case, a period of two years had passed before the employees brought claims, and they were not held to have impliedly agreed to the pay freeze imposed in that case. Further, the courts have noted that where an employee protests against the imposition of the terms at the outset, agreement will not thereafter be implied from continued working unless there is a change which indicates that the employee has changed his/her position.[9]

Two things are clear: first, the doctrine of implied agreement is fact-sensitive (and, therefore, it is difficult to make any general predictions as to how a court would apply it in a particular case) and, second, a club’s argument that a player had impliedly accepted a detrimental change would be subjected to serious scrutiny. Accordingly, the reality in the fast-moving context of professional sport is that reliance on implied agreement is unlikely to be an attractive option for clubs seeking to impose wage cuts on players.

That leaves two other options for clubs seeking to impose contractual changes unilaterally: unilateral imposition pursuant to a purported contractual power to vary on the part of an employer or by termination and reengagement on new terms. Both face major difficulties in the sporting context. As to the first, the Premier League and EFL standard-form contracts contain no provisions allowing for such a power of variation on behalf of clubs, and in our experience such clauses are not common in sports contracts more generally.[10] Even if a player’s contract does contain such a provision, however, the courts will interpret it restrictively and it is unlikely that any such clauses could permit a reduction in pay absent extremely clear words to that effect (which are unlikely to appear).[11]

The last resort in employment law is, then, dismissal and reengagement. In principle, having exhausted other options, an employer may dismiss an employee on notice and impose the pay cut by reengaging on a new contract. The difficulty, however, is that a unilateral termination absent the capacity to give lawful notice will be a breach of contract. In professional sport, where most player contracts are for a fixed term without notice provisions entitling the club to terminate the contract early in these circumstances (including the PL standard-form contract cited above), dismissal and reengagement is simply not an option as it would expose the club to liability for damages for the remainder of the fixed term. Moreover, even if the contract does contain express provision for early termination on notice and the club exercises this contractual right, it may still be exposed to an unfair dismissal claim, if the statutory criteria are met, as the termination will count as a dismissal for the purposes of such a claim, notwithstanding the immediate reengagement.

How might a player respond to a unilaterally imposed variation?

Given the above, what choices do players have when confronted by a club which is seeking to impose a pay cut without their agreement? If the club actually proceeds to deduct money from a player’s wages (or as in the case of the Reds players discussed above, to take some other step, such as standing him/her down from training), then s/he may decide either to treat those actions as a repudiatory breach and terminate the contract, as the Reds players did. Alternatively, a player may decide to ‘stand and sue’ – namely to continue working for the club, but then claim the reduced pay in an action for contractual debt or damages in the courts (or, potentially, as unlawful deductions from wages in the Employment Tribunal).

As to the first option, an employee’s remuneration is a fundamental part of an employment contract, and it is difficult to see how a club could successfully argue that the imposition of a wage cut, especially at the rates currently contemplated by clubs, could be anything other than a repudiatory breach of a player’s contract. Similarly, standing down players from training may be found to equate to an unjustified suspension in effect, which is likely to breach the implied term of trust and confidence, and thereby amount to a repudiatory breach.[12] If that is the case then a player would be entitled to accept that breach, terminate the contract, and claim damages for wrongful dismissal. Such damages would prima facie be the entirety of the player’s wages under the remainder of the fixed term of the contract, less any mitigation.

In relation to that mitigation, that would ordinarily be difficult, as a player would not be able to sign for another club outside of recognised transfer windows,[13] and with the FA’s indefinite extension of the season,[14] it is unclear when those windows will take place. There is, however, an exception to that general rule, provided in reg. 6(1) of the Regulations on the Status and Transfer of Players (“RSTP”),[15] whereby players “whose contract has expired prior to the end of a registration period may be registered outside that registration period.” Further, as a result of the Bosman ruling,[16] such players may be able to move clubs on a free transfer provided certain conditions are met.[17] Consequently, acceptance of a repudiatory breach in these circumstances may enable a player wanting to transfer clubs to escape his/her contract before the fixed term would otherwise expire. Indeed, there has been much speculation that the Queensland players discussed above may have been motivated by this possibility.[18] Moves abroad would certainly be possible, but it is also possible that an intra-league move could occur, as it appears unlikely that a ‘duty of utmost good faith’ between clubs[19] would prevent such a transfer, since (as our colleagues Ashley Cukier and Anirudh Mathur have discussed in detail here) such a duty will not require a club to subordinate its own self-interest. There may of course, however, be difficulties in persuading a club to do this as a matter of PR and maintaining relations.[20]

The second option for a player would be to continue to work under protest and later claim the difference in wages in a contractual action. Provided a player did nothing to signal their implied acceptance of the reduced pay as discussed above, such a course would be open to them,[21] although such players may be wary of attempting to litigate against a club while seeking to maintain their playing position in the squad and their relationships.

Few players and clubs will be unaffected by the need to vary contractual terms – whether as to pay or otherwise – as professional sports seek to adapt to the effects of the Covid-19 crisis. Where the contracting parties are unable to agree a change, it is clear that their options will be governed by familiar principles of employment and contract law – but that those principles must be applied carefully to the unique commercial and sporting demands of the industry. Governing bodies have limited power to intervene in the contractual rights of clubs and players. Indeed, although the Covid-19 working group of the Bureau of the FIFA Council has made a series of recommendations in relation to expiring and new contractual agreements, their proposals are “guiding principles” only and FIFA has acknowledged that “employment agreements shall be governed by national law and the contractual autonomy of the parties”.[22] Across all professional sports, players and clubs alike should not therefore expect regulators to have the power to resolve any impasse in negotiations which may arise. As private contracting parties, where contractual changes are proposed, players and clubs will be prudent to ensure they have access to appropriate advice to guide them to a resolution.

[3] High profile example include Sunderland (https://www.bbc.co.uk/sport/football/52203132) and 16 of the 18 first-class cricket counties (https://inews.co.uk/sport/cricket/county-cricket-season-2020-abandoned-furlough-scheme-extended-2850914)

[13] See Reg. 6(1) of the Regulations on the Status and Transfer of Players (“RSTP”): https://resources.fifa.com/image/upload/regulations-on-the-status-and-transfer-of-players-march-2020.pdf?cloudid=pljykaliyao8b1hv3mnp

[20] See, in this context, the NSW Warratah’s statement that they did not want to be vultures concerning Izack Rodda (https://www.rugby.com.au/news/2020/05/21/super-rugby-waratahs-penney-rodda-vulture)

[21] As occurred in the Abrahall case referred to above 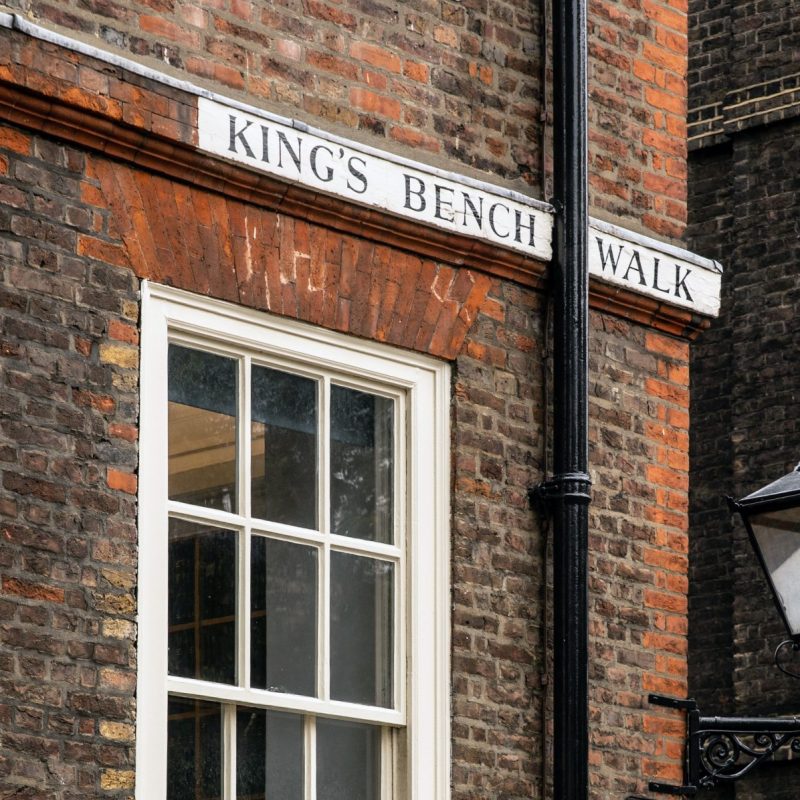