Striking out: important practical guidance from the EAT

“In applying for strike out, it is as well to take care in what you wish for, as you may get it, but then find that an appeal is being resisted with a losing hand” (Cox, para. 31).

The scenario is a familiar one to respondent employment lawyers. A claimant, perhaps a litigant in person, presents an ET1 appending an unparticularised narrative of events (recent judicial pleas for “legal precision” in statements of case having gone unnoticed). The pleading includes broad allegations of discrimination spanning several years. On the face of it, many of the complaints are out of time or otherwise hopeless. Wanting a swift and cheap disposal, the employer client gives instructions to apply to strike it out. What are the next steps?

In two recent decisions, the Employment Appeal Tribunal has provided invaluable guidance on how to handle applications to dispose of such claims at preliminary hearings:

Practitioners will be especially interested to read paragraph 28 of Cox and paragraph 50 of E for a refresher of (or introduction to) the correct approach to such applications.

The remainder of this article summarises some of the key action points which should be at the top of lawyers’ to-do lists when considering applying for strike-out.

Before all else, know (and make sure the tribunal knows) the issues

In Cox, HHJ James Tayler made unambiguously clear the importance of identifying the issues before strike-out is even entertained: “Put bluntly, you can’t decide whether a claim has reasonable prospects of success if you don’t know what it is” (para. 28(5)).

For practical purposes, start with a working draft list of issues. The list will set out the legal framework but must be tailored to the facts of the particular case. It is helpful to work on a rough list of issues from the very first perusal of the claim – it will aid drafting the response, assessing the merits and identifying gaps in the claim. Crucially, it will also inform the scope of the strike-out application.

Requesting further information? Narrow it down

“Requests for additional information should be as limited and clearly focussed as possible” (Cox, para. 32). Avoid broad-brush assertions that the claim is unparticularised and generic demands for detail: they invite expansive replies and new complaints. They also complicate the judge’s task on the subsequent strike-out application. The more complicated the task, the greater the risk of judicial error and, ultimately, of having to bring or resist a costly appeal to the EAT.

By the time of the strike-out hearing, information about the claim may be scattered across several documents (the ET1, further and better particulars, a Scott schedule or a witness statement). In these circumstances, respondents:

“particularly if legally represented, in accordance with their duties to assist the tribunal to comply with the overriding objective and not to take procedural advantage of litigants in person, should assist the tribunal to identify the documents in which the claim is set out, even if it may not be explicitly pleaded in a manner that would be expected of a lawyer” (Cox, para. 28(8)).

Even if the process of identifying the issues during case management prior to the strike-out application reveals that an apparently hopeless claim does in fact have a reasonable prospect of succeeding, E reminds us that the pleadings are fundamental: “As in any claim, the issues arising in this case are defined by pleadings” (para. 34).

Cox takes the point to its logical conclusion, which is that, if the meritorious part of the case is contained in some document other than the ET1, the respondent may still nip the claim in the bud by contesting an amendment:

“If the claim would have reasonable prospects of success had it been properly pleaded, consideration should be given to the possibility of an amendment, subject to the usual test of balancing the justice of permitting or refusing the amendment, taking account of the relevant circumstances” (para. 28(9)).

So, if details of the claim have expanded beyond the ET1, consider applying for a summary disposal on amendment grounds in the alternative to the primary strike-out application.

Continuing acts: has the claimant shown a prima facie case?

The tribunal may list a preliminary hearing to determine whether the claimant has shown a prima facie case that historic discrimination complaints are part of an (in-time) continuing act. This is, in effect, a strike-out application, as E makes clear. On such applications:

Finally, when preparing to argue time-bar at a preliminary stage, bear in mind an important distinction. The principles above apply to applications to strike-out a claim on time limits grounds. The tribunal may, alternatively, make a definitive determination of time-bar arguments at a preliminary hearing; but this will likely require evidence, cross-examination on both sides and findings of fact. As such, definitive determinations are generally best left to the Final Hearing (see paras. 64-66 of Caterham School Ltd v Rose UKEAT/0149/19/RN, quoted in E, para. 46). Either way, be clear in your application which route you want the tribunal to take – and ensure the tribunal’s directions are drafted accordingly. 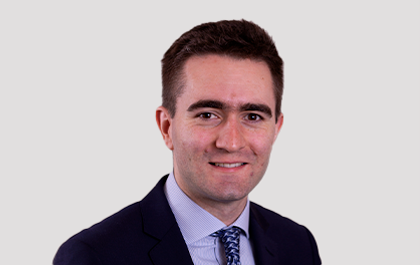