The EAT’s recent decision in Warburton v. The Chief Constable of Northamptonshire Police [2022] EAT 42 underscores, for employment practitioners and Employment Tribunals alike, the importance of:

The Claimant’s appeal in Warburton

The Claimant’s case centred primarily around an allegation that he had been victimised, contrary to s.27 Equality Act 2010. His contention was that the Respondent police force had refused his application to become a police officer because he had outstanding Employment Tribunal proceedings alleging discrimination against another police force. Those proceedings were a protected act.

The Tribunal had rejected the Claimant’s claim, essentially because it found (paraphrasing, in light of the errors of law later identified) that: (i) he had not suffered the detriments alleged, and (ii) even if he had suffered detriments, they were not because of the protected act (but instead were because of a failure on the part of a third police force to provide information necessary to complete his vetting).

It is apparent from the EAT’s decision that the Tribunal’s decision was deficient in several respects, including having failed to set out or paraphrase s.27 Equality Act 2010. Instead, the Tribunal had erroneously set out the principles relating to direct discrimination, including to the requirements for comparators (which is not a feature of s.27 Equality Act 2010). More generally, the EAT considered that the Tribunal’s reasoning and expression of its conclusions was unclear, partly because of its earlier failure to correctly set out the relevant legal test.

The EAT’s decision highlights two particular areas in which the ET went wrong, and provides a useful restatement of the relevant law:

c) It is not necessary to demonstrate some physical or economic consequence to show detriment – Shamoon at [35].

d) While an unjustified sense of grievance will not pass the test (Shamoon at [35]), the EAT considered that it should not be particularly difficult to establish detriment, given the applicable legal test.

e) The reasonableness of a Respondent’s conduct may be relevant in assessing the reaction of the hypothetical reasonable person. But it does not answer the question of whether a reasonable person would or might take the view that the matter was to his detriment – see [54] – which needs to be answered to apply the statutory test.

a) It was not clear from the ET’s reasoning whether it was applying the correct causation test in the context of deciding whether any detriment was “because” the Claimant had done a protected act.

b) The EAT restated the well-known test for causation in this context, derived from Nagarajan v. London Regional Transport [2000] 1 AC 502, that the question was whether the protected act (or protected characteristic) had a “significant influence” on the outcome. The EAT referred to Chief Constable of Greater Manchester v. Bailey [2017] EWCA Civ 425 at [12] as an authority which restates this test and ties together the strands of the case law on this point.

c) The Tribunal clearly considered that there were a number of different reasons for the Respondent acting as it had, which the EAT referred to at [77], one of which included ongoing ET proceedings in which discrimination was alleged. But the EAT could not discern from the Tribunal’s reasoning, given the wording used, whether it considered the ongoing proceedings had had a “significant influence” on the outcome. The EAT could not, therefore, be confident that the Tribunal had applied the correct legal test.

The Warburton decision highlights something which many employment lawyers are already acutely aware of, but which merits repeating. Despite statutory tests often being expressed in terms that might appear to have an ordinary or natural meaning, often the case law on a particular provision (or, commonly but slightly unhelpfully, a predecessor provision expressed in different language but with the same meaning) make it plain that the interpretation to be applied is rather more precise. Semantics can make a crucial difference, as the EAT observed at [77] on the question of causation.

Similarly, there are a number of legal tests which employment lawyers come across regularly which, in my experience, many assume they have a firm grasp on, but which are too often poorly pleaded or misunderstood. To take two examples:

The Warburton decision may be a particularly acute example of an ET going wrong due to an unfortunate and probably inadvertent misdirection on the law. But it highlights the wider importance of having a clear sense of the legal and evidential requirements involved to establish or defeat a particular cause of action, from as early as the pleading stage and right through to trial. 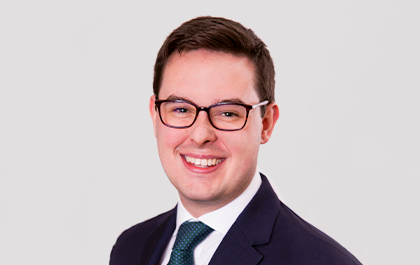