When (someone else’s) crime does pay: CPS v Aquila and the attribution of directors’ criminality

Click here to view a PDF version of the article.

In CPS v Aquila Advisory Ltd [2021] UKSC 49, the Supreme Court has re-affirmed the existing law on illegality and attribution of directors’ wrongdoing to their companies, while providing helpful guidance and clarification on aspects of the law relating to fiduciary duty, constructive trusts, attribution, and illegality. It also clarified the role (or lack of role) of the Proceeds of Crime Act 2002 in the development and enforcement of the common law. Sam Neaman (led by Stuart Ritchie QC of Fountain Court and Martin Evans QC of 33 Chancery Lane, and instructed by Ryan Mowatt at Kingsley Napley LLP) acted for the successful Respondent.

Faichney and Perrin lost no time in devising a complex tax avoidance scheme for Vantis’s high-net-worth clients. It suffered, however, from two unfortunate flaws.

Firstly (unbeknownst to VTL’s clients) it was fraudulent, and in operating the scheme (on behalf of VTL) Perrin and Faichney committed the crime of Cheating the Revenue (tax fraud).

Secondly, part of the scheme involved Perrin and Faichney making a secret profit out of the purported sale of IP which belonged to VTL (a breach of fiduciary duty to VTL). The amount of the secret profit was £4.55 million.

In due course Perrin and Faichney were charged, tried, and convicted of tax fraud, and sentenced to lengthy prison sentences. The £4.55 million was held by the Crown Court to be the proceeds of crime, and Confiscation Orders were made against them.

Meanwhile, VTL also claimed the same £4.55 million, alleging that it was in fact VTL’s property, held on constructive trust for VTL by Perrin and Faichney, representing the secret profits from their breach of fiduciary duty.

When VTL went into administration and then liquidation, the cause of action was assigned to Aquila.

Mindful that the CPS would attempt to take the money by way of Confiscation Order, Aquila obtained a proprietary freezing injunction over the remaining traceable assets from the £4.55 million, pending the hearing of its claim against Perrin and Faichney.[1]

At this point the CPS intervened, contending that it had an interest in Perrin and Faichney succeeding in their defence, because if they defeated Aquila’s claim, the assets would remain with them and available to the CPS to obtain by way of Confiscation Order. If however Perrin and Faichney lost against Aquila, they would be left with no assets to satisfy the confiscation order and the CPS would be empty handed.

The issue for the courts, therefore, was a simple one: who was entitled to these assets? VTL/Aquila, or the CPS?

Before the Supreme Court it was agreed that the Supreme Court decision in FHR European Ventures LLP v Mankarious [2015] AC 250 (“FHR”) would ordinarily mean that Perrin and Faichney should be treated as holding the traceable benefits of their secret profits on constructive trust for VTL, and therefore that VTL (and consequently Aquila) could pursue a proprietary claim for those proceeds, which would give them priority over other claims and creditors. It was also accepted before the Supreme Court that the CPS had no such proprietary claim against Perrin and Faichney under the confiscation regime.

Mann J at first instance[2] and the Court of Appeal[3] had no difficulty in finding that Bilta comprehensively undermined the CPS’s case.

First, the present case was different to the facts of Bilta, such that Bilta could be distinguished, and the illegality of directors should be attributed to the company if the company is seeking to profit from its own directors’ crime by obtaining the proceeds of that crime.

Second, as a matter of public policy, Aquila ought not to succeed because this would be inimical to the regime of the Proceeds of Crime Act 2002 (namely, to ensure that not only criminals, but third parties, do not profit from crime).

Finally, the CPS also alleged that the public policy concerns above should have led the Court to refuse to grant declaratory relief to Aquila, since this is a discretionary remedy.

All three of the CPS’s grounds of appeal were robustly and unanimously rejected by the Supreme Court.

First, the Supreme Court confirmed that the CPS had no better proprietary right to the assets in question than the directors.

The Supreme Court then confirmed that in proceedings by a company against its directors for breach of fiduciary duty, the fraud of the directors could not be attributed to their company. Accordingly, the company had not acted illegally, and its claim was therefore not barred by the doctrine of illegality. Indeed, the issue of illegality did not even arise.

In coming to this decision, the Supreme Court reasserted the principles set out in FHR and Bilta.

The CPS’s attempt to distinguish Bilta on the basis that Bilta was a case of a company recovering loss caused by its directors’ breaches, whereas in this case Aquila was trying to retain a profit made by its directors, was rejected as being “misconceived” (para 71) and “unwarranted” (para 72).

Likewise, the Supreme Court gave short shrift to the suggestion that the issue of illegality ought to be considered before attribution. Whilst the law as to illegality had been restated by the Supreme Court after the Bilta case, in Patel v Mirza [2017] AC 467, that case did not alter the law (para 61). In short, the court must decide whether unlawful or dishonest conduct of directors is to be attributed to the company. It is only if the conduct is to be attributed that consideration is then given as to whether it falls within the principals in Patel such as to found an illegality defence.

The CPS’s second ground, namely that victory for Aquila would be inimical to the regime of POCA, was roundly rejected by the Supreme Court. It was held that there would have been several different ways that the CPS could have ensured that VTL did not profit from the crimes of its directors – most obviously joining VTL to the indictment. As Perrin and Faichney were (for all relevant purposes) the “directing mind and will” of VTL, VTL would have been convicted as well as Perrin and Faichney and a confiscation order could have been made against VTL in respect of the assets. But the CPS did not do this. There were other routes that the CPS could have taken (under Parts 2 and 5 of POCA) to ensure that VTL did not retain the assets, but again this was not done.

Again, the Supreme Court rejected this argument with no difficulty – it noted that even if the CPS were correct in asserting that declaratory relief is discretionary, the discretion was correctly exercised in the present case, since constructive trusts are institutional and arise automatically when the profits are first received, rather than being a remedial response to wrongdoing, imposed by the court. The courts should therefore reflect and declare that underlying proprietary position.

The decision in Aquila has reaffirmed the law on constructive trusts and attribution in the context of fiduciary duty. In doing so, the case has again highlighted the value and power of the proprietary remedy conferred by the decision in FHR.  Not only does it give the company priority over unsecured creditors, particularly helpful as fraudulent former directors may well become insolvent, but it may also result in the company obtaining what some might regard a windfall by retaining the directors’ illegal profits from a fraudulent scheme (albeit that in this case there was no such windfall because the directors’ breaches of fiduciary duty precluded the company from benefiting from the value of its IP). This is therefore a powerful tool in the armoury of any company making a claim against its former directors (or senior employees) for breach of fiduciary duties, and can elevate the importance of establishing a fiduciary relationship into a vital consideration in such cases. Of course, as can occur where directors commit significant breaches of their duties, that benefit did not really assist VTL, coming as it did only after VTL had gone into liquidation.

The decision also makes it entirely clear that POCA operates according to its own distinct procedures – as stated by in R (Best) v Chief Land Registrar [2015] EWCA Civ 17 by Sales LJ (who as Lord Sales was one of the Justices in the Aquila appeal) and that the common law will not ordinarily be moulded or influenced by the POCA regime, which will not justify the interference with third party property rights save where it expressly provides for this outcome.

One less obvious consequence is, therefore, that the CPS, as suggested by the Supreme Court, may well now seek to ensure that the confiscation regime is open to it in such cases by adding the company to the indictment on the discovery of criminal wrongdoing by (former) directors! For certain companies therefore, the benefit of the decision may not be unalloyed. 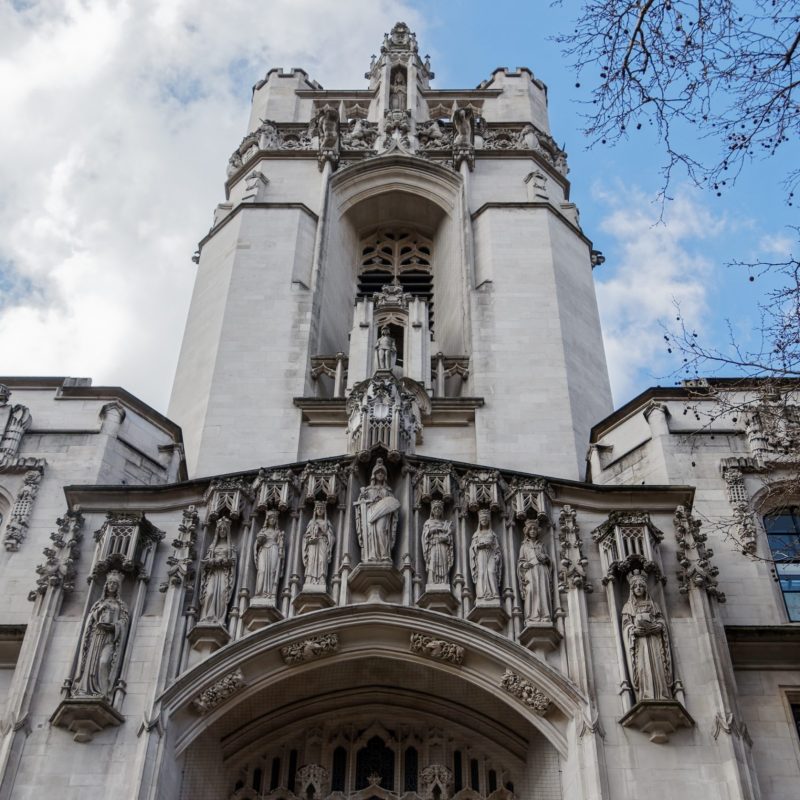