In Forse & ors v Secarma Ltd & ors [2019] EWCA Civ 215, the Court of Appeal has held that the higher Lansing Linde test generally applies to interim applications for springboard relief and has affirmed that such relief must be no greater in scope or duration than is reasonable to remove the defendant’s unfair competitive advantage.

The facts and decision at first instance

The respondents, who were the claimants below, were companies carrying on a cybersecurity business (“Secarma”) with an expertise in penetration testing (or “pen testing”), a service by which IT consultants test the security of clients’ systems by deliberately hacking them. The appellants were various defendants alleged to be liable for the tort of conspiracy to injure by unlawful means. The alleged conspiracy was to procure key employees of Secarma’s business to resign and join a rival business (“Xcina”), which was intending to set up its own pen testing service in competition with the respondents.

Between March and November 2018 there were 28 resignations from Secarma. There was evidence, principally in the form of WhatsApp messages, that directors of Secarma had conspired with the MD of Xcina and others to build the in-house pen testing business in Xcina, which had previously outsourced its pen testing service.

On 14 November 2018 the respondents issued a claim and made an interim application for a springboard injunction. Murray J granted the relief. He ordered that the injunction should last until the start of a speedy trial, provided that happened at or before the end of April 2019. (In the event, the trial was listed for 12 days starting on 1 or 2 April 2019.)

Some of the defendants appealed. Their appeal was heard by the Court of Appeal on 31 January and 1 February 2019.

American Cyanamid in the context of springboard injunctions

Sir Terence Etherton MR (with whom Underhill LJ and Nicola Davies LJ agreed) began by re-stating the test in American Cyanamid Co v Ethicon Ltd [1975] AC 396. His distillation of the principles at para. 28 breaks no new ground but is a concise, user-friendly summary.

He goes on to note the familiar proposition (derived from Lansing Linde v Kerr [1991] 1 WLR 251) that if it will not be possible to hold a trial before the period for which the claimant claims to be entitled to an injunction has expired or substantially expired, the court should consider whether the claimant would be likely to succeed at trial.

The significance in this part of the court’s reasoning is the conclusion that:

save only where the time gap between the application for interim relief and the trial is insignificant, the court should adopt the approach in Lansing Linde on applications for an interim springboard injunction. (para. 34)

The reasons for this are that:

The starting point is that the purpose of springboard relief is to prevent a defendant from benefiting from an unfair commercial advantage which has been wrongly achieved – in this case, by committing the alleged conspiracy (paras. 3 and 32).

The judgment observes that the relief is “well established” at the level of the Court of Appeal (para. 33). Importantly, the court affirmed the principle laid down in Roger Bullivant Ltd v Ellis [1987] ICR 464 that:

Springboard injunctions are necessarily limited to the period for which the advantage may reasonably be expected to continue. (para. 33)

The crux of the appellants’ case on appeal had entailed two submissions: first, that the injunction should have been limited to avoiding future loss; and, second, that a springboard injunction should never be of a scope or length that punished the defendant rather than preventing loss to the claimant (para. 54). As to these, the court:

Application to the facts

The court upheld the judge’s decision, although not uncritically (his analysis had been “unsatisfactory” in at least one respect: para. 62) and not entirely (his order was too wide inter alia in so far as it prevented the appellants from carrying on their existing business). The key to the decision was as follows:

The judgment is a valuable re-statement of the principles applicable to interim injunction applications generally. But its real import is in requiring the strength of the parties’ respective cases to be assessed on applications for springboard relief in particular. There will be few such interim applications in which this will not be a relevant consideration.

The Court of Appeal acknowledges that a successful applicant for interim springboard relief obtains, at the same time, substantive relief: as the Master of Rolls points out, while the interim injunction is in force, the claimant may also successfully persuade departing employees to return, recruit replacements or restore its competitive position in the market. But that is precisely why the higher test applies.

By way of practical advice for lawyers practising in the field:

Underhill LJ added a short concurring judgment whose message will not be lost on busy solicitors and counsel. Having noted his surprise that the expedited trial was not listed to be heard until some four months after the interim hearing and that this was because the respondents had requested more time to prepare, he made clear that: “In a case where a defendant is subject to an interim injunction of a kind which is of its nature damaging to its business claimants may reasonably be expected to pull out all the stops.”

Gavin Mansfield QC and Alexander Robson represented the successful respondents to the appeal. 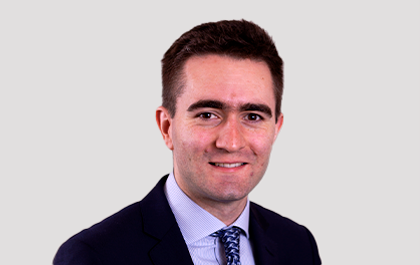