Kong in the Court of Appeal: the scope of the separability principle clarified

The Court of Appeal has given judgment in Kong v Gulf Bank International (UK) Limited (Protect (the Whistleblowing Charity) intervening) [2022] EWCA Civ 941, one of the most significant whistleblowing cases in recent years. Littleton’s Nick Siddall QC and Grahame Anderson appeared for the successful Respondent and here analyse the guidance given by the Court of Appeal.

Ms Kong was employed by the Respondent, the UK subsidiary of a Bahraini Bank, in February 2010, initially as a Senior Business Auditor, then Internal Audit Manager. From March 2016, she was Head of Financial Audit. She was summarily dismissed on 3 December 2018.

On 22 October 2018, she had made a verbal protected disclosure to the Bank’s Head of Legal, Ms Harding. The content of the disclosure was that, in essence, a certain financial compliance template – the “MRPA” – was not suitable for non-bank-to-bank lending (“the MRPA Disclosure”).

Both the ET and ET found that there was a distinction to be drawn between (1) the MRPA Disclosure itself and (2) questioning Ms Harding’s competence: more on that below.

On the ET’s findings, Ms. Harding herself reacted badly both to having her competence questioned but also to the protected disclosure itself (§144 of the ET Judgment); that protected disclosure contained within it an implied criticism of her competence. She was found to have subjected Ms Kong to detriment materially influenced by the PD (however that claim was time-barred); an attempt to apply the Jhuti principle failed and that element of the decision was not appealed beyond the EAT. See the previous article by Nick Siddall QC (who appeared alone in the EAT) on that issue.

The position of the dismissal decision-makers (a Mr Mohammed, Ms Yates and Ms Garrett-Cox) was different: the ET found (at §226 of its judgment) that the principal reason (that, of course, being the test) for Ms Kong’s dismissal was not what she had said about the MRPA, but that she had explicitly questioned JH’s competence. As the EAT put it (HHJ Auerbach), at paragraphs 83 and 88 of its judgment

“83 [the PD] was that the respondent was, or was at risk of being, in breach of regulatory requirements, because the MRPA agreement in place did not contain sufficient safeguards to address the implications of non-bank counterparties being involved. That was, in principle, it seems to me, potentially separable from the question of how that state of affairs had come about, who was responsible for it, and whether they were deserving of any form of criticism in that regard

88 … what motivated the trio involved in the dismissal decision was not the claimant’s substantive views that were the subject of the disclosures, or her having raised those concerns, as such, but the way in which she conveyed to Ms Harding her criticisms of Ms Harding personally…”

That being so, both tribunals rejected Ms Kong’s claim of automatic unfair dismissal.

The Appeal to the Court of Appeal

Ms Kong was granted permission to appeal to the Court of Appeal on two grounds, which Simler LJ (giving the leading judgment) described as the broad and the narrower grounds.

The narrower ground related to certain of the findings the ET had made in relation to the detriments claim against Ms Harding where it was said that the MRPA disclosure and an implied criticism of Ms Harding’s legal awareness/integrity were “inseparable”. Ms Kong’s appeal was that, objectively speaking therefore, the two ought to have been treated as inseparable in the minds of the dismissal decision-makers too and that, therefore, the ET and the EAT had adopted an inconsistent approach.

The appeal was heard by Simler, Underhill and Elisabeth Laing LJJ.

The starting point is, of course, the wording of the relevant statute. Both ss. 98 and 103A of the Employment Rights Act 1996 (“ERA”) require consideration of the reason for an employer’s decision to dismiss. Thus, s. 103A ERA is in the following terms:

“An employee who is dismissed shall be regarded for the purposes of this Part as unfairly dismissed if the reason (or, if more than one, the principal reason) for the dismissal is that the employee made a protected disclosure.”

That is to be contrasted with the legal test for detriment which is contained in s. 47B(1) ERA as follows:

A worker has the right not to be subjected to any detriment by any act, or any deliberate failure to act, by his employer done on the ground that the worker has made a protected disclosure.”

The prevailing orthodoxy has, of course, been that it is possible to separate out the making of a protected disclosure from some feature of it or element of the context: the so-called “separability principle”.

Protect, the whistleblowers’ charity and intervenor in the Court of Appeal, submitted that this was a stark illustration of a case in which the separability principle had gone too far, and at one stage submitted that Ms. Kong had been dismissed because she had “upset” Ms. Harding, which was akin to dismissing for the making of the protected disclosure since protected disclosures (and other protected acts) invariably cause upset and that is why they need to be protected in the first place. However, as Simler LJ noted at §43, it was:

“no part of [Protect’s] submission that the separability principle is illegitimate or should be over-ruled. Rather, by reference to authorities dealing with other closely-related retaliation claims (for example, the trade union activities cases, Bass Taverns and Morris v Metrolink Ratp Dev Ltd  [2018] EWCA Civ 1358, [2019] ICR 90 (“Morris”), and the health and safety case, Sinclair v Trackwork Ltd UKEAT/0129/20/OO, [2021] IRLR 557), he submitted that the separability principle is being construed and applied beyond its proper confines in whistle-blowing claims, and thus erroneously”.

The case for the Respondents was that this was a case that turned on its facts: in truth, Ms. Kong had been dismissed for making express criticisms of Ms. Harding separate from the implied criticism inherent in the protected disclosure.

The Court of Appeal surveyed the cases on separability in the whistleblowing context but also in the broader legal context. In that regard Simler LJ noted that in Lyon and another v St James Press Ltd [1976] ICR 413 (EAT) the EAT (Phillips J) said that:

“the special protection afforded by paragraph 6(4) to trade union activities must not be allowed to operate as a cloak or an excuse for conduct which ordinarily would justify dismissal; equally, the right to take part in the affairs of a trade union must not be obstructed by too easily finding acts done for that purpose to be a justification for dismissal.  The marks are easy to describe, but the channel between them is difficult to navigate.”

In Morris, another trade union case, Underhill LJ had said that:

“19. …there will be cases where it is right to treat a dismissal for things done or said by an employee in the course of trade union activities as falling outside the terms of section 152(1), because the things in question can fairly be regarded as a distinct reason for the dismissal notwithstanding the context in which they occurred; and his reference to acts which are “wholly unreasonable, extraneous or malicious” seems to me to capture the flavour of the distinction.  That precise phraseology should not be treated as definitive … but the point which it encapsulates is that in such a case it can fairly be said that it is not the trade union activities themselves which are the (principal) reason for the dismissal but some feature of them which is genuinely separable. …

These quotations do hint at something of a tension that arises out of the language employed in some of the cases. It might have been thought, for example, that the language of “wholly, unreasonable, extraneous or malicious” was a high bar applied as a gloss to the statute: that a dismissal falls within the ambit of the statute even where the dismissal is not because of the protected disclosure so long as it is connected to or in the context of the disclosure but is not “wholly unreasonable”, ordinary unreasonableness being insufficient.

If that were ever a confusion that prevailed among employment lawyers, the Court of Appeal has clarified it. At §56, Simler LJ endorses statements of principle in Fecitt and others v NHS Manchester [2011] EWCA Civ 1190, [2012] ICR 372 (per Elias LJ) and Page v Lord Chancellor [2021] EWCA Civ 254, [2021] ICR 912 (per Underhill LJ) to the effect that, there may in principle be a distinction between the protected disclosure of information and conduct associated with or consequent on the making of the disclosure.

Importantly, Simler LJ disposes of the logical and jurisprudential fallacy that the “separability principle” is any sort of special rule of law requiring special consideration. There is no gloss on the statute. She says at §57:

“the “separability principle” is not a rule of law or a basis for deeming an employer’s reason to be anything other than the facts disclose it to be. It is simply a label that identifies what may in a particular case be a necessary step in the process of determining what as a matter of fact was the real reason for impugned treatment. Once the reasons for particular treatment have been identified by the fact-finding tribunal, it must evaluate whether the reasons so identified are separate from the protected disclosure, or whether they are so closely connected with it that a distinction cannot fairly and sensibly be drawn.”

There is thus no magic to “separability”: either the disclosure was the reason or it was not. Of course, it must be right as an application of the forensic principle that where a whistleblower has acted blamelessly, the employment tribunal must be vigilant to ensure that the facts are found fairly, and that they do not have the wool pulled over their eyes by a spurious argument that, in fact, the reason for the dismissal was something other than the disclosure. But as noted, that is an evidential/factual question, not a legal one. The law will not deem an action to have been taken for an unlawful reason when, in fact, it was not.

This is not a great victory for employers (as Protect appears to continue to contend) nor a ‘setting back’ of whistleblowing protections. All that the Court of Appeal has done is make clear something which ought to have been obvious in the first place: either the dismissal was for a prohibited reason or it was not. Employment tribunals need to take care when deciding that question of fact. The law requires no more orno less.

That is a principle that, the Court of Appeal now makes clear, applies across the law of victimisation for doing acts that are protected by statute (be it trade union activities, health and safety activities, protected disclosures, etc). The clarity is welcome but should not be surprising.

Nick Siddall QC and Grahame Anderson are leading practitioners in the field of whistleblowing and undertake significant work particularly in the context of the financial services industry. 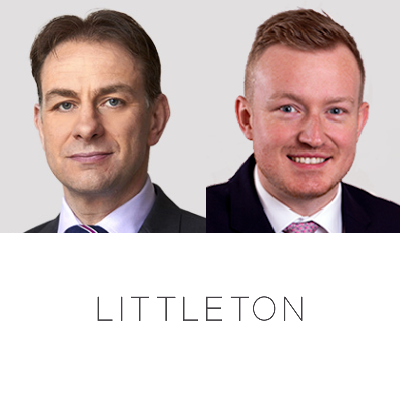