Lucy Bone discusses the CA’s judgment in Planon v. Gilligan, which considered the correct approach to enforceability of a non-compete covenant at an interim injunction, and how to apply the second and third limbs of American Cyanamid in such cases.

Key points from the judgment are:

P is a software company specialising in the development and sale of facilities management software. G was employed in February 2015 as an account manager, and was promoted in May 2020, with an amended contract, to Sales Manager. G resigned on notice and left P on 22 August. On 2 September, he joined a competitor ServiceNow to work as Senior Solutions Sales Manager.

P applied for an interim injunction on 22 October 2021; this application was heard by Edwin Johnson J on 5 November.

Amongst the suite of post termination covenants was a non-compete in terms strikingly similar to that recently upheld at first instance[1]. On the eve of the hearing, G offered undertakings reflecting all the covenants save the non-compete. The judge refused to enforce the non-compete, finding that if he did so, the likelihood was that G would not obtain other employment during the period of restraint.

On 18 November, P applied for permission to appeal and expedition. On 1 February 2022, Lewison LJ granted permission and expedition, noting that the case should be heard early in the Hilary Term 2022. The appeal hearing in fact took place on 5 April 2022.

The Court upheld the test set out in TFS Derivatives[2] and set out a useful summary of the key principles pertaining to non-compete covenants at the interim stage [§54].

Discretion to enforce covenants by injunction

Where a restrictive covenant is found to be enforceable, the court retains a discretion to withhold injunctive relief having regard to all the circumstances. However, when the court is considering injunctive relief at trial, the courts have held that this discretion is not open-ended and must be applied subject to established principles[3]. The court is enforcing by way of specific performance “that negative bargain which the parties have made, with their eyes open, between themselves”[4]. P drew on this to argue that, at the interim stage, the court should ordinarily grant an injunction to enforce a reasonable covenant, unless exceptional circumstances applied. P argued that this would give the parties certainty at the interim stage.

The Court of Appeal rejected these arguments and held that the court retains a residual discretion to refuse an injunction where some particular hardship would be caused to the defendant [§67]. The Lady and Lords Justices noted that it would not be until trial that the enforceability of the covenant would be determined definitively [§96, §105].

The Lady and Lords Justices came to differing views on the question of delay. Bean LJ focused on the time to the first instance hearing [§114] and Elisabeth Laing LJ looked instead at the time to the appeal hearing [§99]. However, of interest for practitioners is that the Court was unanimous in considering the time of the hearing as the appropriate point to assess the status quo and delay for the purposes of the balance of convenience. The Court took account how long P had taken to issue its application and then, when unsuccessful, lodge its appeal. Unusually, the Court also took into account the delay to the appeal hearing itself, even though this was beyond P’s control.

Their Lady and Lords Justices left open whether this approach to the status quo is unique to appeals or whether it may have more general application at the first instance interim stage.

The principle factor that Edwin Johnson J had taken into account against the grant of an injunction was that if the non-compete was enforced, G would not be able to work for the period of the non-compete. No evidence had been tendered to support this beyond bare assertions in G’s witness statement.

On appeal, P submitted that the effect of this would be to enable the employee to gamble on the enforceability of the non-compete, but the former employer to bear the risk – something that had been observed in several cases[5].

P submitted that only in exceptional circumstances could hardship be a sufficient factor to weigh against the exercise of discretion in favour of granting relief. Even then, the burden of proof is on the employee[6], and the courts have indicated that cogent evidence would be required[7]. P also submitted that in this case, and in the usual case, damages are an adequate remedy for an employee against whom a non-compete is enforced.

The Court of Appeal did not agree and considered that damages would not be an adequate remedy for G. In particular, Bean LJ found it was “quite unrealistic to argue that damages would be an adequate remedy for the Defendant” in circumstances where “the likely effect of such an injunction would be to deprive him on his income until and unless he can find a new job”. Bean LJ noted at [111] that “Except in the cases of very wealthy defendants or where the claimant employer is offering paid garden leave for the whole period of the restraint, this argument has no traction”. This leaves to the lower courts to consider where the threshold of hardship lies and what expectations can legitimately be placed on the employee to plan their personal finances ahead of their resignation and move to a competitor firm. 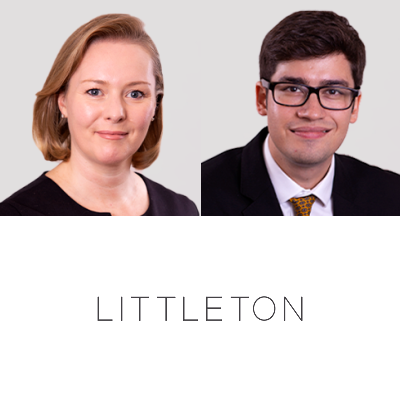